Share All sharing options for: Russ Smith Makes The Cover Of Sporting News

It's officially the autumn of Cover Russ. 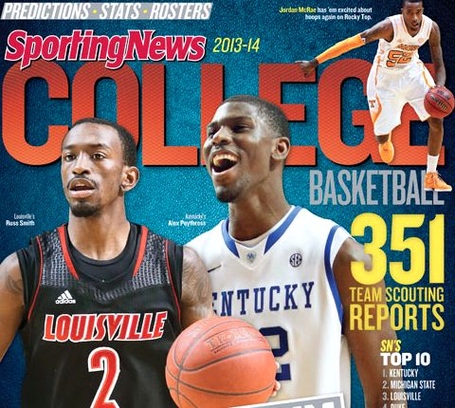 According to the fine folks at WDRB, when The Sporting News' college hoops preview hits news stands later this month, Louisville fans will see their team ranked No. 3. The top spot will belong to the Kentucky Wildcats.

The Cards are picked to win the American Athletic Conference, with Smith, Harrell and Chane Behanan all featured in the list of the league's top 10 players.

You can order a copy of the magazine right here.