Louisville's highest-rated commit in the 2014 class had the biggest game of his senior season thus far on Friday.

Poona Ford, the four-star monster defensive tackle out of South Carolina, recorded four tackles for loss, two sacks, recovered one fumble and RUSHED for three touchdowns in leading his Hilton Head High team to a stunning 33-32 victory over arch-rival Bluffton. It was the first time the Seahawks had won the rivalry game - dubbed the "Bridge Bowl" - in five years.

Ford was named the Bridge Bowl MVP, and posed for a picture with Cards fan Lily Green after the game. 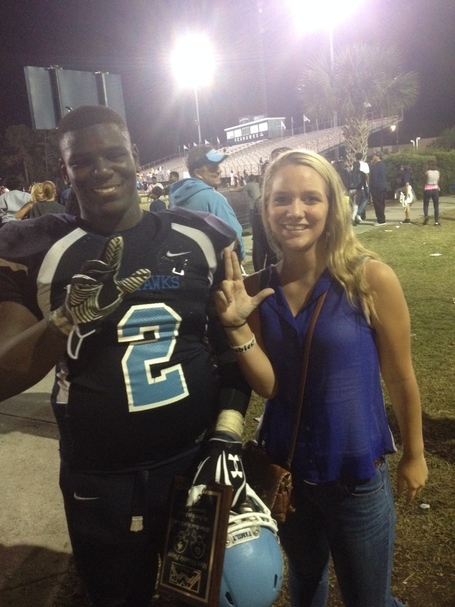 The win improved the Hilton Head squad to a surprising 5-0.