The children of Steven Jenkins would like to wish their father a (day early) happy birthday. The one on the right would also like to apologize for already eating all of his birthday cookies.

Smith nearly turned pro after helping the Cardinals win last season's national title. But where would he have gone? The sometimes erratic scorer would've probably ended up as a second-round pick. So he wisely decided to return to Louisville, stack honors and take a shot at winning back-to-back championships.

Montrezl Harrell checks in at No. 10 on Sports Illustrated's latest NBA Draft big board. Not a small feat considering the draft is described by the publication as "the deepest in years."

The 2013-14 Louisville basketball media guide is now available for online viewing. Be careful or you'll lose your entire weekend in it. 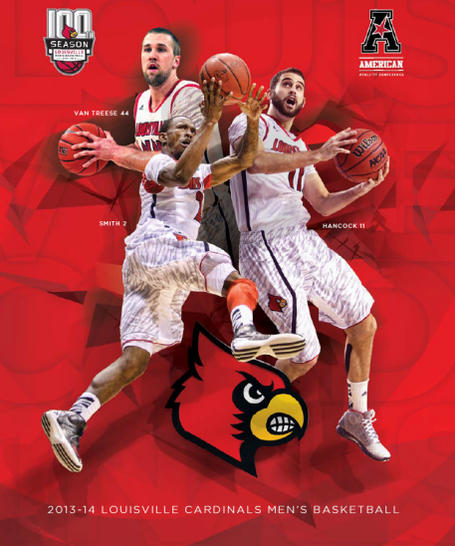 Can you imagine having a conversation with your Nov. 2010 self about the fact that Russ Smith, Stephan Van Treese and a guy who was playing for George Mason at the time would be on the cover of U of L's media guide the year after the Cards won a national title...and that they would be starting that next season ranked in the top three? Eyes would roll, laughs would be had, "Bottoms Up" by Trey Songz would play.

Gabe Duverge weaves Louisville football, the schedule, the move to the ACC and "Breaking Bad" together all in one post for LouisvilleKY.com. 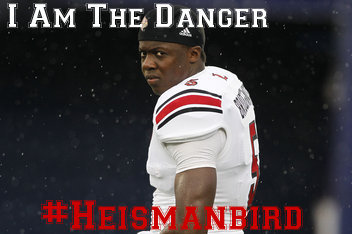 When the skull cap comes on, Teddy doesn't care if you were his high school friend and co-creator of the GUMP nickname.

Chinanu Onuaku's college decision will now be announced at 5 p.m. next Friday. Onuaku had reportedly been down to Louisville and Miami, but scheduled a last-second visit to Georgetown for this weekend. U of L still appears to be the favorite.

Making good on a recommendation by President Santa J. Ono, the University of Cincinnati has sold its presidential residence and established the Niehoff Presidential Scholarship Endowment (NPSE) to benefit students.

The NPSE, launched with funds generated by the sale of the University House at Edgecliff Point Condominiums in combination with resources redirected from the home's operating budget, will generate scholarship dollars in an amount equivalent to a $3 million endowment, or approximately $160,000 a year for student financial assistance.

In April, President Santa J. Ono suggested to the university's Board of Trustees that the residence be put up for sale. Dr. Ono, who has been president since August 2012, has never lived in the condo. His recommendation to sell it came at the same time he informed the board that he would not accept a salary increase or bonus payment for the next two years, and he asked that the board not increase UC's undergraduate tuition for the 2013-14 academic year.

"College affordability is a top priority for families and students. I want us to think in new ways to do whatever we can to help students achieve their dream of a college education," says Dr. Ono.

More of that, please.

Today is the last day you can purchase ducks for the Ken-Ducky Derby benefitting Harbor House. Adopt a duck (or 40) here.

Nearly four months after he was originally charged with assault for allegedly pulling a gun on the mother of his son, a King County (WA) prosecutor has dropped the charges against Terrence Williams.

Of course he is.

It's like Russ made a deal with the city that he'll play one more season for the Cards, but only if he gets to do whatever he wants for the year. I think the deal is working out swimmingly for all parties concerned.

Cardinal fan Jeff Ames' Bluegrass Barrels company recently got some national love, as his barrels were named a "top 8 groomsman gift" by Maxim Magazine. The gift just got even better, as now you can purchase barrels with official NCAA logos on them.

Check it out at BluegrassBarrels.com.

The U of L basketball team will begin practice on Saturday. Louisville Sports Live lists five things to watch between now and the start of the season.

A six-minute reminder that people are pretty awesome sometimes:

Eleven years ago yesterday, this happened. I will celebrate by showering myself in beer and tearing down one of the goalposts at the first grade school football field I can find.

Get ready for the magic that's coming next Saturday.

@CardChronicle If "AAC TV Game of the Week" doesn't scream "we're gonna show Ron Dugans and say it's Charlie Strong," then nothing does.

Check out the fantastic social work that Cards like Kevin Ware and Jamon Brown have been doing with PURP.me.

Well I guess that's it then. We've lost Waynesboro. Time to start thinking about 2014 and the ACC. 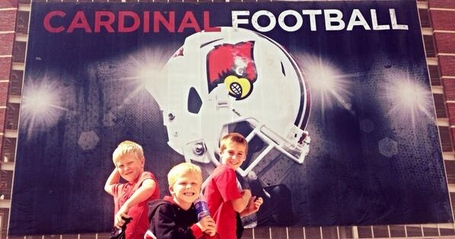 Louisville is no longer in contact with hoops recruit Kelly Oubre.

USA Today says that if UCF beats South Carolina on Saturday, they could bypass Louisville as the favorite in the AAC.

Central Florida: The Knights are 3-0 for the first time since 1988 - when the three wins came against Bethune-Cookman, West Georgia and Troy. Though Louisville has earned headlines as the undisputed American Athletic Conference favorite, Central Florida has staked claim to being the Cardinals' biggest challenge on the road to the BCS. Better yet, the Knights can vastly alter the American's pecking order by beating No. 13 South Carolina at home. How could things change? A win Saturday could make UCF the American favorite, knocking Louisville down a peg.

I mean, I'm more Go Knights than anyone right now, but let's pump the brakes a little bit.

What is USA Today's deal this month?

Led by Angel McCoughtry, the Atlanta Dream have advanced to the Eastern Conference Finals of the WNBA Playoffs, where they'll face the Indiana Fever for the second time in three years.

Carlton Bragg, one of the top players in the class of 2015, will be joining JuCo star Sam Cassell Jr. as visitors on Louisville's campus this weekend.