Temple Plans To 'Pink Out' Louisville

Share All sharing options for: Temple Plans To 'Pink Out' Louisville

Temple has deemed its Oct. 5 home game against Louisville as a "Pink Out," and is encouraging its fans to wear pink to Lincoln Financial Field in order to help spread breast cancer awareness.

While this is obviously an idea that supports a great cause, Temple fans don't seem too thrilled about it. Partly because this is their shot to host a top 10 team on national(?) television, and partly because they don't think anyone besides the 35 students in attendance will wear pink.

I don't know where this fear is coming from, if the Pink Out is half as successful as the Temple volleyball team's Hawaiian Night last season, then I'm sure it will be a rousing success. 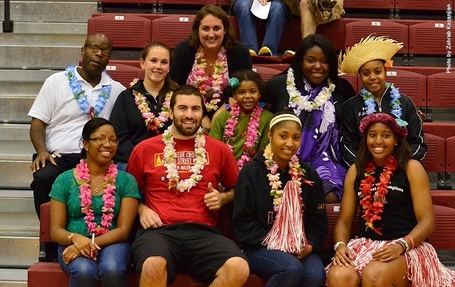 It's also worth noting that Temple has planned a "Halloween Costume Night" for the volleyball team's home match against Louisville on Nov. 1. I'm not a big fan of holiday activities after the holiday itself is over, but that's just me, I hope it's a fantastic evening. Enjoy the multiple Miley Cyruses in attendance. Cyri? Cyriuses? Whatever, they'll be there.