Hayden Bogart has had Teddy at the top of her big board since before she was born.

It's a rare, high school football edition of news and notes.

I don't even really know what this means. I rarely post news and notes on Friday nights. That's all I was trying to say. I'm really sorry.

USA Today is at the top of its game.

You can't stop Terry, you can only hope he's deemed ineligible for playing under a false name.

Florida International's third-leading tackler is a pretty serious male model who was recently on the cover of Vogue. I'd still take Nacho Garcia in a walk-off.

While Richard and Rick Pitino would both like to see Louisville and Minnesota play, it's in the hands of ESPN executives to make it happen.

"I'm hoping, that the Big Ten/ACC Challenge ... I'm hoping that we get matched up them because it terms of a home and home, I'm not playing him," Pitino said, according to NBC Sports.

"I think it would be fun," the new Hall of Fame member said. "I played him at FIU and he was totally mismatched, and at least we can play on more equal terms.

"I think it'd be great. If we win I feel bad for him. If we lose I'll feel great for him."

The fact that FIU beat Louisville two years ago and nearly knocked them off again last season makes the Panthers an opponent that's impossible to overlook this weekend.

You can tell the season's right around the corner.

Cal on getting fired as NBA coach: "Rick (Pitino) also got fired. Don't let him (BS) you."

I've received a handful of emails from people asking about the website that has the U of L ties, bow ties and belts, and it's www.beauxtied.com. They have really great stuff, and a portion of all their proceeds go to raise awareness for Muscular Dystrophy and Epilepsy. Highly recommend at least checking it out.

Louisville 56, FIU 6: Two years ago, FIU upset Louisville in a game that didn't feel like all that much of an upset. Since then the programs have gone in opposite directions. FIU is a mess and just lost by three TDs to an FCS program.

A year after landing Chris Jones, Rick Pitino may again be looking into the JuCo ranks. This time it's Chipola Junior College standout Sam Cassell Jr., who will be taking a visit to U of L next week.

Neither history, nor reality, bode well for Florida International tomorrow.

Looking for reasons to think No. 7 Louisville, a 43-point favorite, won't destroy 0-3 FIU on Saturday at Papa John's Stadium?

Perhaps look to history. It does tend to repeat itself. Don't look to the history of FIU, under a new coach with a thin, young roster, visiting a ranked team in front of a sellout crowd on the road (sound familiar?). That was Mario Cristobal's first game as FIU coach in 2007 and No. 17 Penn State blasted the Panthers 59-0.

That got matched by the 62-3 drubbing No. 1 Florida laid on the Panthers in 2009 as the most massive blowout losses suffered by FIU in 11 ¼ seasons of football. No, the fountain of hope for no embarrassment isn't there.

It's in the recent history between these two teams. Familiarity breeds, if not overall contempt, contempt for status. FIU finished with only three 2012 wins while Louisville capped an 11-2 season with a Sugar Bowl win, yet the Cardinals had to come from behind then hang on desperately to hang a 28-21 loss on FIU.

DJ Jay Kay's U of L tailgate mix for tomorrow is now available.

What a remarkable advocate for social change.

The U of L men's soccer team will begin life in the AAC on Saturday night at Central Florida.

Chris Dufresne of the LA Times continues to dog Louisville and its schedule. 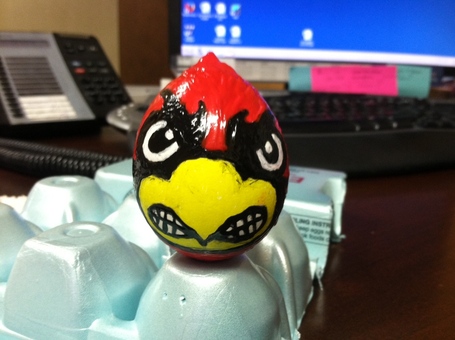 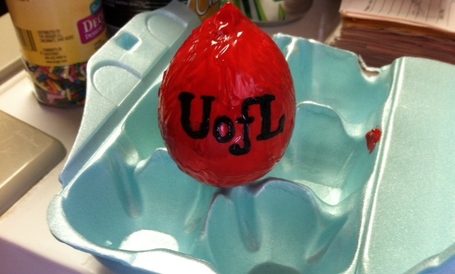 Keith Brown is back on the field and fortunate that he has some time to polish off the rust.

The AP gives us five things to look for inside PJCS tomorrow.

BIG PLAYS: The Cardinals allowed a 43-yard kickoff return, three 25-yard-plus pass plays and a 47-yard run to Kentucky without much damage on the scoreboard, but they know they can't continue giving up big gains with the conference schedule approaching in a couple of weeks. "You just can't give up big plays on defense," Strong said. "We just have to play tighter coverage. We play a lot of zone and we need to some man coverage and let our corners just lock down their receivers."

NEW FACES: FIU had to start the season with huge roster turnover, losing 30 seniors and 55 players with a combined 762 starts. New Panthers coach Ron Turner has a roster featuring just four returning starters and 20 players with 110 combined starts. Twenty players have made their first starts this season including nine on offense and eight on defense.

THIRD-DOWN EFFICIENCY: Though Louisville's defense is ranked fifth with a 24% third-down conversion rate, the Cardinals' offense is just as potent on the "money down." They rank seventh nationally at 62%.

EVEN-KEEL OFFENSE: Louisville ran the ball more last week against Kentucky out of necessity, but Cardinals offensive coordinator Shawn Watson has done well trying to keep a balance between rushing and passing. So far Louisville has run the ball 109 times and thrown it 93, averaging out to just over five more rushing plays per game.

Medlock will likely not play tomorrow after suffering a concussion last week.

It's not just Louisville/FIU, week four in college football is full of games that aren't likely to elicit a great deal of national excitement.

Teddy checks in at No. 2 on Rob Rang of CBS' big board.

2. Teddy Bridgewater*, QB, Louisville (6-3, 220): Bridgewater was challenged by a feisty Kentucky defense on the road Sept. 14, but he showed his poise and talent in shrugging off a slow start to beat the Cardinals' state rival. Bridgewater is athletic, but it is his rare accuracy that sets him apart from the other top passers in the country.

Jody Demling previews the weekend in U of L fall sports.

Minnesota Timberwolves GM Flip Saunders says he believes Gorgui Dieng is ready to contribute right away, in large part because of the teaching he received from Rick Pitino.

UNC site Keeping it Heel (love it) says Louisville will be one of the biggest challenges Roy Willaims' team faces this season.

Nov. 24th vs. Louisville: In a battle of Hall of Fame coaches (Coach Roy vs. Slick Rick) if everything goes as planned and that's a big if considering how preseason tournaments have gone for UNC the last few seasons, the Tar Heels will face the defending national champions in the final of the Hall of Fame Tip-off tournament in Uncasville, Conn. The likely absence of P.J. Hairston takes little bit of the luster off this match-up as the Cardinals could start the season as the top team in the nation as they return almost every key player from their title team as well as a highly touted recruiting class.