That's Dawson Burns in the middle of his one-man show: "2013 Sugar Bowl." It recently opened to rave reviews in Orlando.

First off, a quick reminder that the Louisville football team will be opening its fall camp with an open practice tonight at 5:15 p.m. The Cards will be holding a second open practice tomorrow at the same time.

A major congrats to Adam Lefkoe and our friends over at Red V Blue, who hit their goal of raising $40,000 to fund their documentary on the Louisville/Kentucky basketball rivalry yesterday. 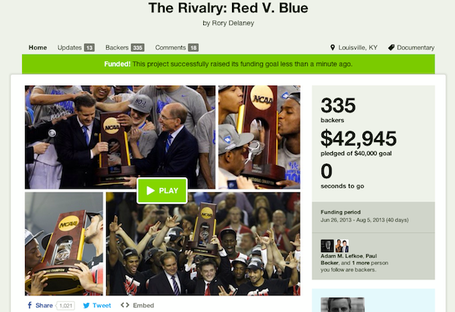 This has the potential to be a huge night for U of L recruiting, as four-star defensive tackle Poona Ford will be picking between the Cards and South Carolina at 7 p.m. Ford is ranked as the 16th-best defensive tackle in the country by 247 Sports, and as one of the top 250 players in the class overall.

By most accounts, it sounds like Louisville is the team to beat.

U of L's official roster now includes Michael Dyer, who will be wearing No. 26 this season. He is not, however, a freshman. 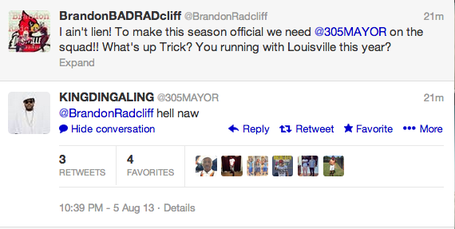 I never was a trick daddy fan he been trash

So if you go to ShopNCAAsports.com and type "Nerlens Noel" into upper right search box, then hit enter, this is what comes up:

Amateurism at its finest.

And if you type the name of UK running back Raymond Sanders, you get this: 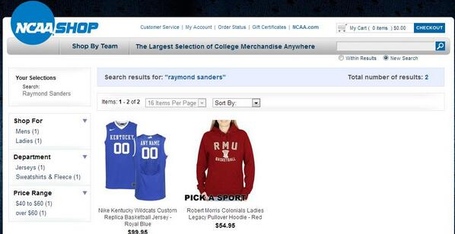 Which is hilarious (h/t Mengus22).

Ten former soccer Cardinals are currently playing professionally. Here's a look at what each is up to.

I did not pay Johnny Manziel for autographs.

A sneak peak at a Retro College Cuts item coming later this month. 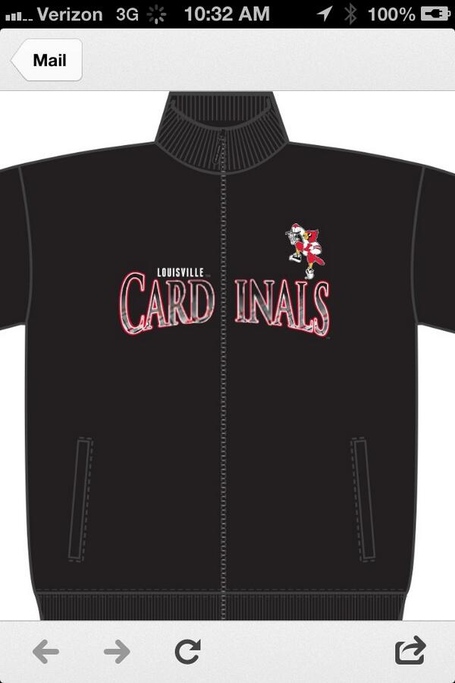 The two are absolutely related.

I spent last Friday in beautiful Springfield, Ky and was thoroughly and pleasantly surprised by the vast number of Louisville national championship shirts. Way to hold it down for good, Washington County.

Charlie Strong is on the most recent cover of the American Football Coaches Association Magazine: 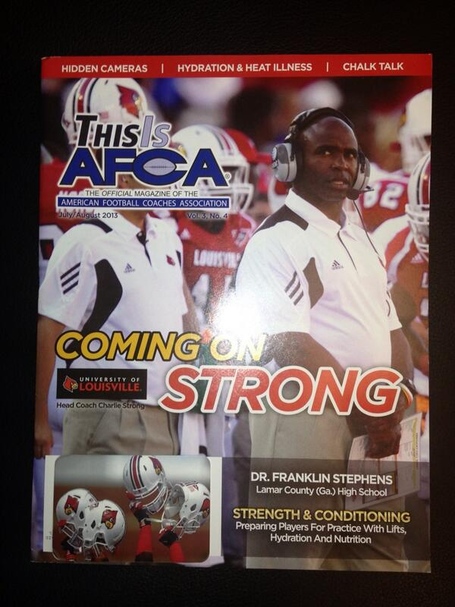 Ten years ago yesterday, "The OC" debuted on Fox. It's a fact that has left me both nostalgic and depressed for the last 24 hours. But in the spirit of smiling because it happened, I present to you the show's top 21 music moments.

The Sporting News previews the AAC and predicts, like most everyone else, that Louisville will win the conference. They aren't as confident, however, in the Cardinals' ability to run the table.

1) LOUISVILLE'S CATCH-22: For Louisville to be taken seriously in the national title race, at least a couple of its conference rivals will have to emerge as legitimate Top 25 teams. And of course if that happens, the road to an undefeated season gets much tougher for the Cardinals. Which conference rivals have the most potential to pose a serious threat? Cincinnati, Rutgers and Central Florida have the best blends of experience and talent. It's important to remember that while Louisville made a phenomenal final impression last season with a come-from-behind win at Rutgers to earn a BCS bid and an impressive victory against Florida in the Sugar Bowl, this is a team that was thumped by Syracuse and lost at home to UConn. Don't pencil in Louisville for 12-0 just yet.

Louisville Sports Live takes a look at the five best Cardinal running backs over the past 25 years.

Russ Smith getting (a couple) buckets at the adidas Nations:

Sports Illustrated talks a little more about Michael Dyer and the zero tolerance policy he's facing at U of L.

Future Card Shaqquan Aaron and the USA Blue team got the better of future Card JaQuan Lyle and the USA Red team in last night's adidas Nations championship game. Lyle started and scored seven points for the Red, while Aaron came off the bench to net five for the champs.

The date of this year's Louisville/Kentucky women's basketball game has been set. The Cards will look to snap a two-game losing streak to the Cats on Dec. 1 in Lexington.

Set your DVRs if the Sugar Bowl isn't already on there. 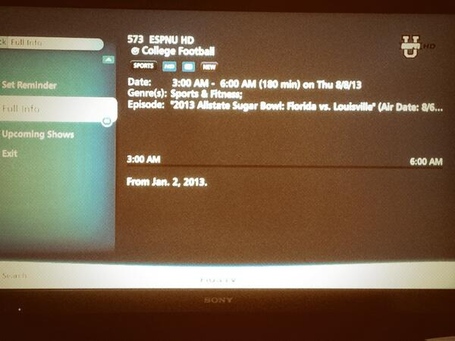 Cincinnati checks in at No. 34 on USA Today's preseason countdown. On paper, the Bearcats have a manageable schedule until that Dec. 5 showdown with Louisville.

- Louisville: There's a pretty good chance Cincinnati will be within a game of the Cardinals heading into the season finale - a game played at home, by the way. Can you imagine the happy faces in the American home office if the Bearcats knock off undefeated Louisville in early December? It's a game Bearcats' players have circled for months, knowing they gave last year's overtime loss away with uncharacteristically sloppy play during the second half. UC's season will be defined by its play in November, when it ramps up the degree of difficulty to take on SMU, Rutgers, Houston and Louisville. What about September and October? It's a cakewalk.

- In a nutshell: If only every team undergoing a coaching change could be so fortunate. I'm not speaking solely of Tuberville, though he's a great hire for UC, but rather the Bearcats' lovely two-month stretch to open the 2013 season. Will Cincinnati lose before November? I'd think so, perhaps dropping one winnable game in September or October, but there's little doubt in my mind that UC heads into the season-defining final month at no worse than 6-2 (and likely 7-1), leaving the possibility that the finale against Louisville decides the American championship. The Bearcats are going to cruise through the year's first two months.

ESPN's Brad Edwards isn't the most popular man in the Louisville training room.

And finally, it appears Charlie Strong has laid out his team's goals for everyone to see in the media room this year. As far as on the field stuff, it appears the aim is to beat Kentucky (and Eastern Kentucky), win the AAC, and then win a BCS game. 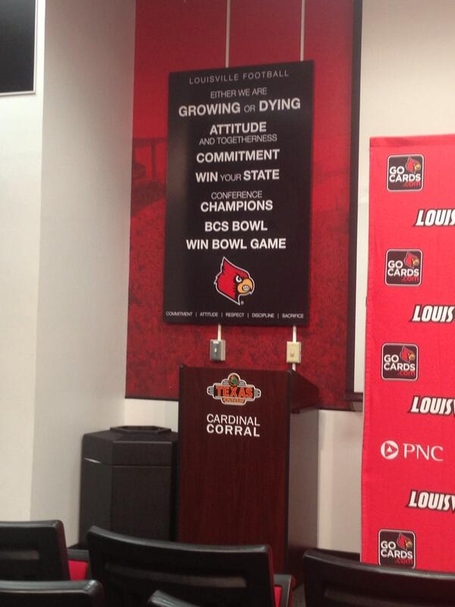 That recipe works for me.