For those who weren't aware, one of the additions made to Papa John's Cardinal Stadium in preparation for this season was an enhanced public address system.

According to the official release at U of L, the additions include powerful directional speakers, new temporary broad-range equipment and smaller direct speakers over the suite and club level seating will allow a more evenly controlled and clearer sound this season. More improvements will come over the next year as the final phase of the system installation will include permanent speakers and will be completed by the 2014 season.

The new speakers are up and ready to go for Sunday's game, and the design for their covers is pretty awesome... 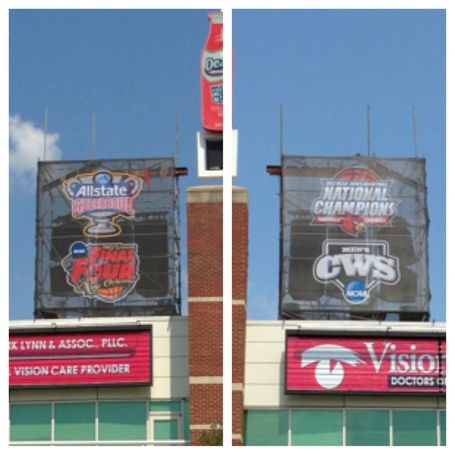 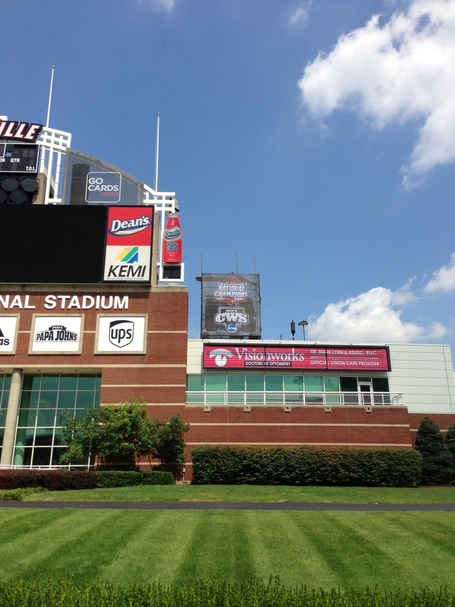 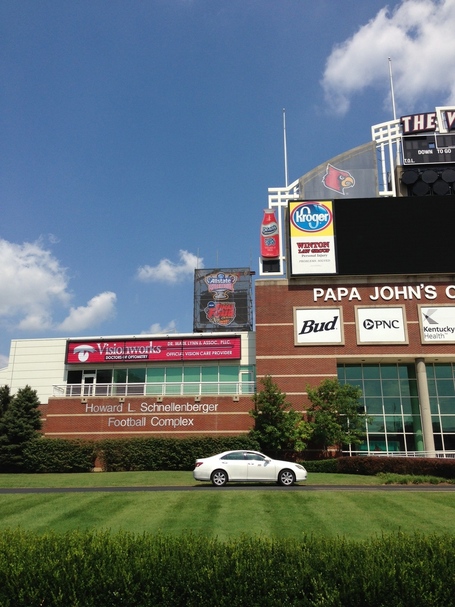 We'll all be able to see them with our own eyes in just 48 short hours.