First of all, thoughts and prayers go out to Lozo. It appears that he will be alright, but obviously still has some work to do to get back to 100%. Keep your head up big guy.

Thoughts: Remember last year when news broke about that Florida transfer, and how he was going to make a big impact this year when he became eligible. Scouts were drooling over his size and athleticism. He was even named to a pre-season award watch list. That guy is Gerald Christian, a talented tightend who currently sits on the second team. The other transfer from the Gators though, well he might make the bigger impact. Robert Clark comes into the program at 100 miles an hour, quite literally. Since enrolling last January this guy has been using his blazing speed to make an instant impact on the coaching staff. So much so that Robert is not only your starting slot receiver against Ohio, ahead of Eli, but he also happens to be your punt and kickoff return man. While it's always difficult to measure the significance of a transfer before the season starts, I don't think anyone will argue that Robo is gonna be a firecracker among the wideouts, similar to how Corvin Lamb is for the running backs. I'll be the first to admit that I forgot about Clark at times this preseason. We have so much depth that after you rattle off 5 or 6 receivers you can easily forget one or two in the mix. Clark is a Junior, which means baring something crazy we've got him back next year along with everyone else minus Copeland and possibly Parker to the draft. Charlie said Robo is always going full speed and is giving 110% effort in practice, lets hope that translates well on gameday.

With the recent addition of a little one running around the house very rarely am I "bored" or "watching TV". But, when I do get a chance, it's usually around 10:00pm to midnight. With the invention of the DVR I can still see everything, but certain times do arise when the DVR is empty and I got to go to late night programming...this infuriates Mrs. CardinalStrong.

ME: What's this? A knife that can cut through cinderblocks..?! I gotta have it!

Mrs: Why would ever need to do that? Our knives work just fine.

Me: House collapses, we're stuck in a pile of rubble in the kitchen surrounded by nothing but concrete. Can our knives cut through a cinderblock?

Me: IRRELEVANT! Order it! 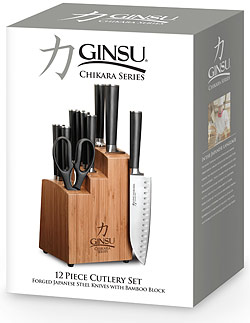 Me: Holy crap, did you just see that hose go from a little ball to over 50 feet in length! Let's get it!

Mrs: Our hose is fine. It's hanging on the side of the house, completely out of the way.

Me: You ever tried to weed eat around that thing? It's a pain in the ass!

Mrs: We can move it then. Where do you want to keep it? 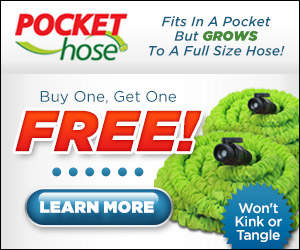 Me: Wait, did that ladder just turn into a freakin' scaffolding?!? Awesome.

Mrs: You've never used a scaffolding in your life!

Me: Sure I have, all the time.

Me: Over at that one guys house...that one time....you've just probably never seen me. Plus, this is 24 different ladders in one! It breaks down into smaller ladders too!

Mrs: What? There's no way I could carry that thing around when I needed it. It probably weighs a hundred pounds.

Mrs:Tell you what, show me Neil Armstrng using this ladder and we'll buy it.

Me: What do you think he meant by "one small step for a man?" 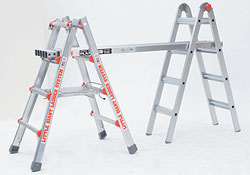