Louisville's 2013-14 future is so bright that Abby's gotta wear shades.

You've probably seen the U of L story that was on the front page of The New York Times yesterday, but if not, you should probably drop what you're doing and check it out.

Your other mandatory read of the day - should you not have seen it yet - is this piece from ESPN on football commit Terry Ramsey, who has an almost unbelievable story.

Peyton Siva laughs at all the sequel worry and says that the 2013-14 Cardinals will be better than his team that just won the national championship.

"They really aren't missing anything," said Siva, who signed with the Detroit Pistons last month after being drafted in the second round. "The key for them will be chemistry, because talent-wise, there's nothing to worry about."

"People haven't seen Chris and a lot of people don't know who he is, but he can shoot, can really score and is as quick -- if not quicker than Russ," Siva said. "He's got a bulldog mentality and loves to pick guys up full-court. He's shorter than me, but he's so strong and athletic and won't be pushed around. He can go for 30 any night."

Siva said that Blackshear, who came into college with no shortage of hype three years ago, finally looks healthy and should be a major factor.

"He's finally had a full summer of workouts," Siva said. "The last two summers, he couldn't do anything because of his shoulders. He's a lot slimmer now. We can't call him 'Fat Wayne' anymore. He's got his explosiveness back and is much lighter on his feet."

"They are loaded," Siva said of his former teammates. "Even more so than last year. I think they have all the pieces to win another championship."

I think we might be missing at least a little bit, Peyton. Although the fact that you dropped "Fat Wayne" in an ESPN feature has only made my adoration grow.

Your first generic Louisville/Ohio AP preview of the week is in the building.

Coach Moore would like Zeke Pike to get more out of his higher-learning experience. 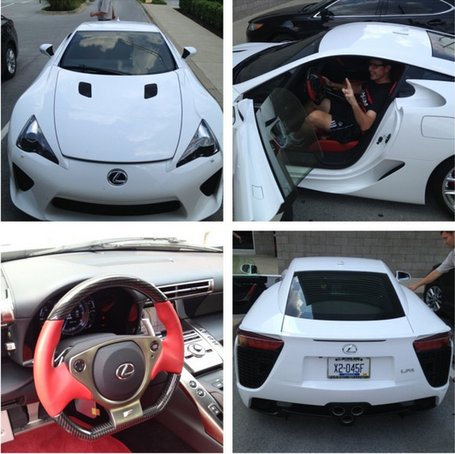 NFL.com looks at what every team in the league would do with the No. 1 pick in the draft next April, something which could have an effect on a certain Louisville quarterback. Read up, Andrew Risher.

NBC Sports puts Louisville at No. 4 in its preseason college football top 25.

Last year at this time, I was writing that I had the feeling, ala Auburn in 2010, that I was rating Louisville too low when I pegged them as the No. 24 team in CFT's preseason Top 25. That won't happen again this year. Not after watching the Cardinals roll through an 11-win season in Charlie Strong's second year that included a route of SEC East runnerup Florida in the Sugar Bowl. Not armed with the knowledge that quarterback Teddy Bridgewater, not Jadeveon Clowney, could very well be the No. 1 overall pick in the 2014 NFL draft. And definitely not after factoring in the combination of returning starters (six offense, 10 defense) and a schedule that includes exactly zero teams currently ranked in either of the two major polls. Talent-wise, the Cardinals might not be the No. 4 team in the country at the moment; given the experienced talent they do possess plus their current placement in the rebuilt and evolving American Athletic Conference - they'll move to the ACC in 2014 - there's no reason, other than inexplicably stubbing their toes against the likes of Rutgers of UCF or (shudder) Kentucky, Louisville can't and won't head into the 2013 postseason carrying an unblemished record.

It'll be Louisville vs. South Carolina in the Sugar Bowl according to the latest bowl projections from Sports Illustrated.

Over at ESPN, Mark Schlabach has the Cards facing Florida State in the Orange Bowl, while Brad Edwards sees a U of L/Oklahoma State Fiesta Bowl.

Doug Gottlieb is making an LCPT push of Benderian proportions.

Louisville is the TCU of Big East,put em in SEC,Big 12,Big 10,they don't win big in football--come on everyone knows that

It's like Louie the Cardinal came to his birthday and made him cry as a child, and he never quite got over it.

Likely due to the amount of attention the staff has paid to other power forwards in his class, Michael Humphrey did not include Louisville in his final list of five college choices.

I'd say Balloon Luke Hancock has balls the size of balloons, but that would just be silly. 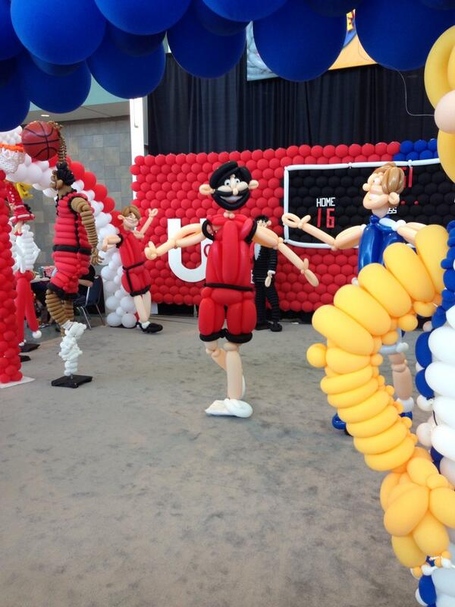 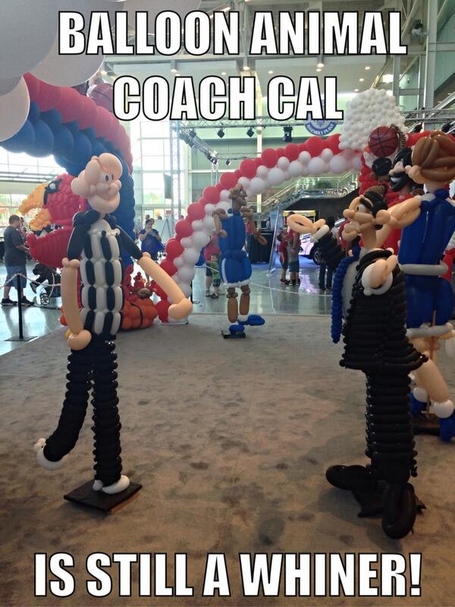 According to this statistical study, Louisville is "the best not good team" in college football.

Louisville's defense will be looking to plug some of the holes it left open last season, so sayeth Tim Sullivan.

I'd just like to make it known that I'm throwing my full support behind "Play Dead for Ted" as this year's "Suck for Luck." I've weighed the other potential slogans, and found this one to be superior. Feel free to be wrong and disagree.

The Ted and The Mustard get their Blue Steel on:

Lindy's says that Louisville is No. 7....in basketball.

In a related story, Lindy's is wrong.

Josh and Tara Jo Thomas are already doing marriage better than the rest of you: 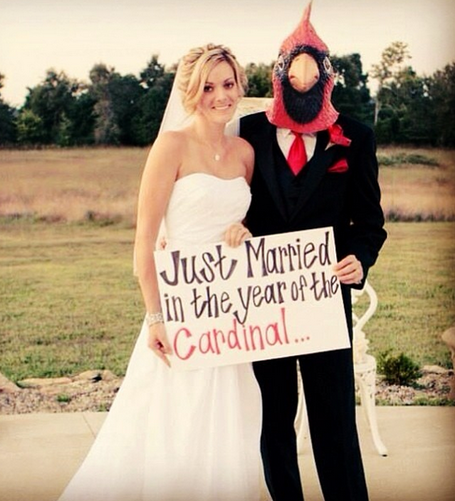 Dan McDonnell picked up two big commits for the baseball team on Tuesday.

All right, this is the part of the news and notes where I ask for your help.

For the past several years, I've tailgated in one of the gravel lots behind Old Cardinal Stadium, but seeing as how this is a year of transition across the board for U of L, we've decided to try and move a little bit closer to PJCS...and other people.

Basically, I need to know where you tailgate/have tailgated and whether or not you'd recommend it. The green lot is out of the question (I don't make very much money/it's apparently impossible to get spots together), but everything else is on the table.

Obviously, this is a decision of the utmost importance. I wouldn't ask for your expertise if it weren't.

The Big East doesn't exist anymore, but Louisville is going to win it anyway.

Louisville sits atop the first AAC (the conference they actually play in) power rankings from Yahoo.

If there was any doubt, there isn't anymore: Clint Hurtt will be on the sidelines this Sunday.

And finally, this happened today:

@CardChronicle - They say it's your birthday (Beatles style). Have a good one! Is it Chronicle with an 'le' or 'al' - I'm more awake at 1PM!

That's how you turn the page in style, folks.