Vedvrath Madishetty spreads the joy of being a Louisville fan whether he's home in India vacationing in Bali. It's that type of drive that's going to result in the whole world becoming Cardinal fans.

Welcome to the final weekend before Louisville Cardinal football/basketball/everything takes hold of us all and doesn't let go for at least eight months.

The Year of the Cardinal Part Deux (should that become an earned distinction) will begin this evening when the women's soccer team kicks off its 2013 season with a home match against Butler at 7 p.m. Best of luck to the ladies.

I said yesterday that the kickoff time for Louisville Trinity vs. Nashville Ensworth was 7 p.m., but it's actually tonight at 8 p.m. Sorry if I ruined your weekend.

Still, be sure to tune into ESPNU tonight and catch a glimpse of Reggie Bonnafon, the young man who might one day be calling the signals inside Papa John's Cardinal Stadium. 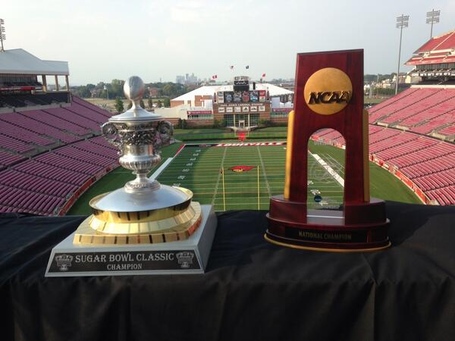 I can't wait to watch them grow up together. Maybe they'll get married and wind up having tons of conference championship trophies. It's all so exciting to think about.

C.L. Brown says that if you want some insight as to which Cardinals may become key contributors in the future, pay attention to which youngsters see the field on special teams this season.

Far more college coaches think UK will be a title team than think they will be an NIT team, which shouldn't come as much of a surprise considering the Wildcats will likely begin the season ranked No. 1. The coaches' quotes about the Cats, however, are a bit more intriguing.

"Last year's team had Ryan Harrow. They had no shot from day one."

"There's too much talent to be NIT. This is an embarrassment of riches when it comes to flat-out talent. Do they have the character of the 2012? Are there upperclassmen willing to be as unselfish as the as the 2012 team's was? The answers to those questions will determine their fate. They could lose two of their top eight guys and still be a top-five team. How many teams can say that?"

"Calipari will be able to use last year to get their attention. Those guys last year thought it was going to be easy. If he can get this group to surrender to the team like that 2012 team, the talent is there."

"Too many egos for even Calipari to handle. I think they have some cancers on the team as well."

Former Indiana commit James Blackmon Jr. will take an unofficial visit to U of L on Aug. 30, the day before his friend and AAU teammate Trey Lyles will be taking his official visit.

Even though it's a year ahead of schedule, the CCBM spent its Friday afternoon hitting up the Atlantic Coast. 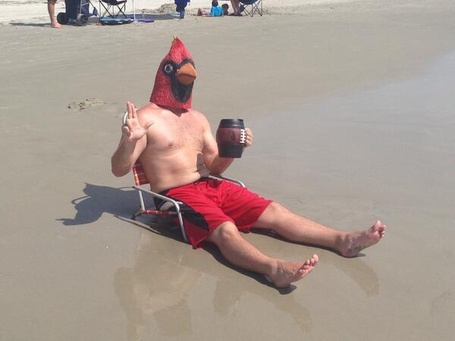 And now its ready for one last weekend of classy fun before work starts back up. 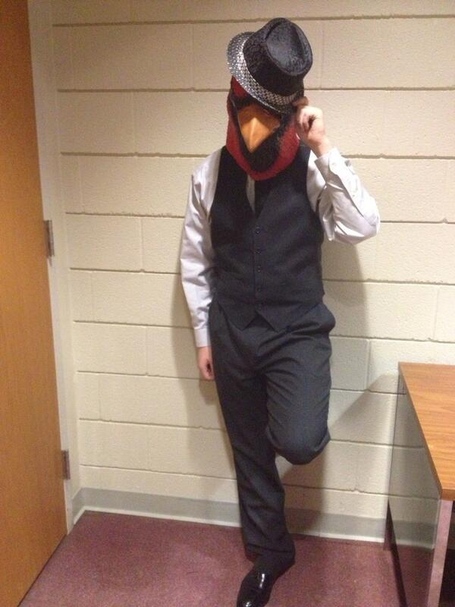 It also enjoys the Reds. 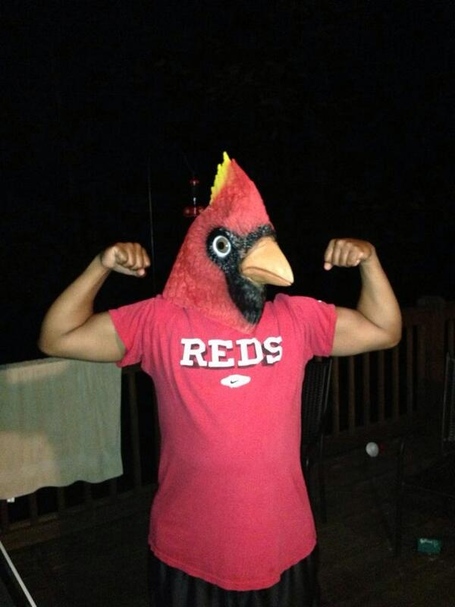 Louisville Sports Live says that with the Kentucky game moving to the end of the year, U of L should open its 2014 season with an ACC opponent.

Multiple media outlets are now reporting that Louisville's 2013 football schedule may not be as strong as some of the other teams ranked in the preseason top 15. There's a lot left unsaid in these reports, but obviously we'll have more on the story as it develops throughout the weekend.

Montrezl Harrell's time at the adidas Nations camp was cut short because of a minor knee injury, but before that happened, Tez did what Trez does.

Four-star linebacker Sharieff Raheed from Fort Pierce, FL announced on Twitter Thursday night that he will be revealing his college decision next Friday. Louisville has been considered Raheed's leader for the past few weeks.

And finally, some more info on U of L likely having an open spot on its 2014 football schedule.