Charlie Strong's recruiting class of 2013 has jumped all the way up to No. 13 in Scout's new class rankings; one spot behind Michigan and one ahead of Florida. Defensive tackle commit Poona Ford also made his debut in the Scout Top 300.

Hakeem Smith was named a second-team All-American by CBS on Monday. He was the only Cardinal honored by the network...which is hilarious.

The first trashed U of L fan picture of the new football season. 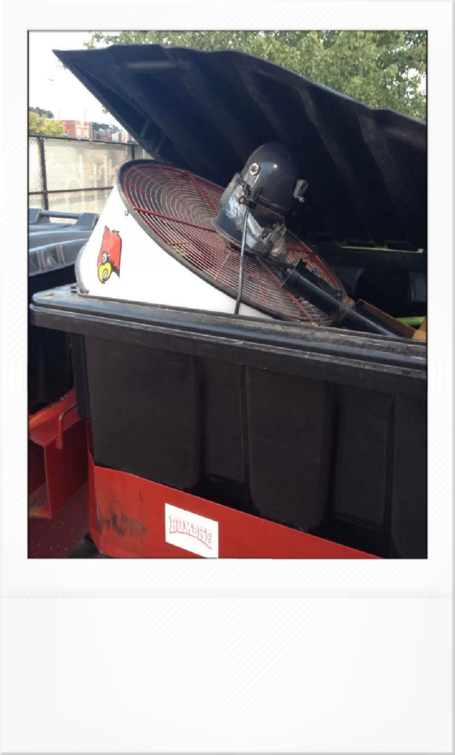 Precisely why selling beer inside the stadium is such a dangerous game.

Four-star power forward Jaylen Johnson has set Sept. 20 for the date of his official visit to Louisville. Also, former IU commit James Blackmon Jr. tells the C-J that he might join friend and AAU teammate Trey Lyles on his Aug. 31 visit to U of L.

ESPN has announced that the team of Joe Tessitore and Matt Millen will serve as the announcers for Louisville's opener against Ohio on Sept. 1.

Playboy's Pigskin Preview has Louisville at No. 7. 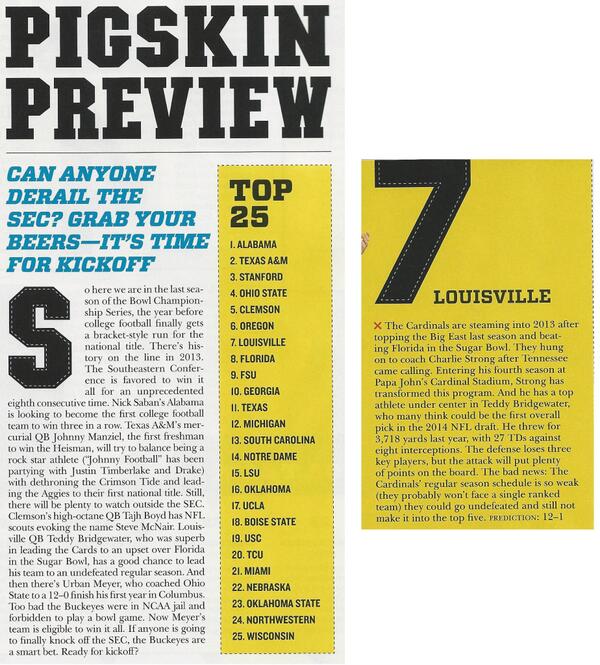 Enlarging the picture is safe for both school and work.

Louisville's non-conference schedule for the upcoming basketball season continues to leak out. The Cards will host perennial Ivy League contender Cornell at the KFC Yum Center on Friday, Nov. 15.

No word on whether or not "Here Comes Treble" - Nard Dog,  Rob, Doobie, Pubey Lewis & the News, Sparerib, Hopscotch and Lunchbox - will be on hand to sing the National Anthem.

Via Rocco Gasparro, freshman Richard Benjamin has made the move from cornerback to wide receiver.

According to Football Study Hall's formula, Bobby Petrino's work in 2006 was the third-best coaching job in college football over the past seven seasons.

A look at where U of L ranks nationally in Twitter followers across all sports. Who knew Michigan's social media game ran so deep?

Louisville football has always seemed like somewhat of a "national darling," but this guy is right in thinking that the college football world will turn against the Cards if U of L playing for the national title is looking like a realistic possibility come mid-October.

This year's Boise State Award winner for "the program 60% of the country will root against going undefeated, because they know they aren't one of the two best teams in college football and don't want to see them in the title game." That panic will be real, too; the Cardinals likely will be 11-0 going into the final week against Cincinnati, a Thursday night road game that has all the makings of fantastic late-season upset.

Freshman advice for those embarking on a new life journey this week: Don't do it. I don't care what it is, don't do it.

Apparently this is being sold at Kohl's: 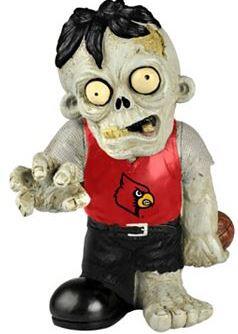 From the vintage "Kragthorpe" line of U of L merchandise. Not the market's best-seller.

The 10th-ranked Louisville men's soccer team has been picked to finish second in its first and last season as a member of the American Athletic Conference.

The Guardian gives its list of the 10 best bars in Louisville. Andy's TV is a notable snub.

Heartbreaking news out of Atlanta, where a high schooler broke his neck and died during a preseason scrimmage over the weekend. DeAntre Turman, a junior cornerback at Creekside High, was a rising prospect who had recently received a scholarship offer from Kentucky. He's the fourth high school football player to die this month, which is a scary, scary trend.

The Florida Times Union says Louisville's schedule will keep it from having a shot at playing for the national title. 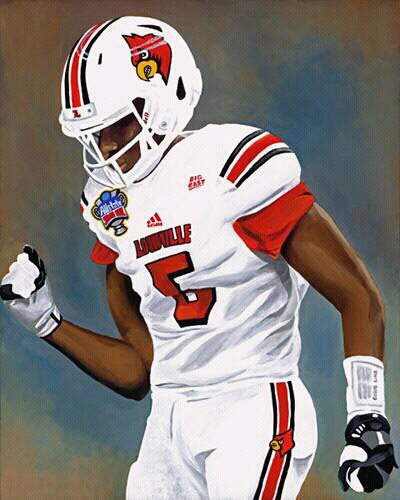 C.L. Brown writes that the Dominique Brown Cardinal fans will see in 12 days will be a leaner, shiftier one than they might be expecting.

John Wallace might present U of L's best chance to earn another Lou Groza Award since Sir Arthur Carmody was splitting the uprights inside PJCS.

Jeff Walz says that returning starter Sheronne Vails' status for the upcoming season is in question after she underwent knee surgery about two months ago. 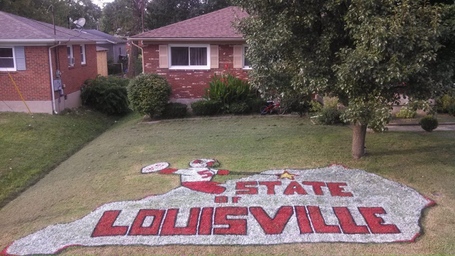 Louisville checks in at No. 14 in the first simulated BCS standings of the season, which makes little sense on multiple levels, but whatevs.

U of L commit Shaqquan Aaron (I still have yet to type the name without hearing "ay ay ron" in my head) has spent the past couple of weeks at the Jamal Crawford Pro-Am in Seattle, where he has continued his summer of turning heads. Most notably, Aaron made headlines for dropping 22 points on former Big East MVP and current Boston Celtic Jeff Green in a game.

My birthday is one week from today. Just sliding this bad boy in your direction and not saying another word.

ESPN ranks its worst coaching jobs in college football, and slots Kentucky at No. 6.

Why this is a bad job: It's tough being a bad football team at a storied basketball school in a hoops-mad state. It's even tougher when that bad football team plays in the SEC. The Wildcats haven't won an SEC title since 1976 and their last year with a winning conference mark was 1977. There have been some winning records, most notably under Rich Brooks, who produced back-to-back 8-5 finishes and bowl wins in 2006 and 2007. That shows a really good coach, as Brooks undoubtedly is, can produce a winning record in Lexington, particularly with a favorable nonconference slate. But being competitive in the SEC is another matter -- see finishing with two or fewer conference wins in nine of the past 13 years. The Wildcats were ranked for eight weeks in 2007, in large part due to a 5-0 start. Their last AP ranking before that? 1984. Finally, the Wildcats played in front of an average of 49,691 fans last year, which was only 73.5 percent of capacity at Commonwealth Stadium, by far the worst percentage in the SEC and seventh worst among FBS teams.

I'm aware that the subject of the feature was worst college football jobs, which theoretically ruins the joke, but ESPN is so liberal with these things that I feel like it still works. I mean one time SportsCenter's "top play" for a Wednesday was a highlight reel of old Tom Brady touchdown passes.

Estonian Russ will cram on your head.

NBA.com has a really nice summer profile of Peyton Siva.

And finally, The Sporting News says that Teddy Bridgewater will be the No. 1 overall pick of the 2014 NFL Draft, which is the good news. The bad news is that in their crystal ball he's going to be an Oakland Raider.