You might have to look closely, but that's the Teddy 4 Heisman movement making its way to Hillbilly Hot Dogs in LeSage, West Virginia. Speaking of West Virginia, whatever happened to those Mountaineers? They still playing football?

The Cards held a closed scrimmage on Saturday morning at their practice facility, and as might be expected, the word is that the first team offenses and defenses had their way with the second team units.

Though no stats were made available, Charlie Strong noted afterward that Teddy Bridgewater hooked up with DeVante Parker for three touchdowns, and that overall he was very pleased with the all-around effort. Calvin Pryor, James Quick, Will Gardner and Dominique Brown were also singled out for their performances.

For more on the scrimmage, check out Jody Demling's recap as well as the video below:

GoCards.com talks a little bit more about Saturday's scrimmage and the competition amongst the "five-headed monster" at running back.

A quick reminder that Sunday's fan day activities will begin with an open practice at 2:45 p.m.

The other major story of the weekend so far took place last night at Trinity, where U of L QB commit Reggie Bonnafon put on a show in the Shamrock's scrimmage against Highlands. The senior, who played wide receiver last season while waiting for now-FIU QB Travis Wright to pass on the reigns, completed 22-of-29 passes for 379 yards and four touchdowns.

The number of people who believe Reggie has the best chance to be "the guy" after Teddy is growing, but we'll know more after he makes his first varsity start next Friday against Nashville Ensworth. Cardinal fans will be able to watch that game on ESPNU.

Kentucky basketball: National championship >> NIT first round loss >> One of the best recruiting classes ever

Doug Gottlieb: LCPT champion >> Doesn't even make the field >> Send out these tweets

AP voter Ralph Russo would also like some attention.

I could not be more certain that Louisville will NOT go unbeaten.

Because that's something you can be certain about.

More on today's scrimmage from WDRB, which says DeVante Parker "dominated" and Domique Brown was "phenomenal."

Former U of L running back Jeremy Wright is the latest roster addition for the Pittsburgh Steelers. Most believe his best chance to make the team is through his play in the return game. 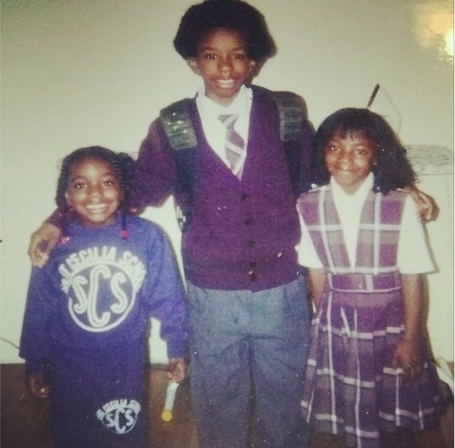 Congratulations to former Cardinal QB Adam Froman, who has been named the new quarterbacks coach at Valdosta State.

Andrell Smith is the subject of the The Onion's fake columns.

Hank Rippetoe over at A Sea of Blue wouldn't be shocked if Kentucky upset Louisville.

And finally, C.L. Brown writes about Brandon Dunn and his move to nose guard.