Virginia native Carson Adams made it to her first U of L basketball game this year when the Cards faced Providence, but she claims she only made the trip for Bryce Cotton.

Matt Hayes of The Sporting News continues his monster push for LCPT inclusion by both putting the 2013 Louisville football team on upset watch for week one, and denigrating the achievements of the 2012 Cards.

The entire season-not just the season opener-will be a mental grind for Louisville, the sudden sleeper darling of nearly everyone with a poll vote.

Let me remind everyone that Louisville lost to UConn in overtime last season, and got smoked by Syracuse. Were it not for a truly awful call of illegal man downfield against Rutgers in the regular season finale, the Cardinals would've lost that game, too (the Big East later admitted the call that negated a Rutgers touchdown was wrong.).

So what's the reason for this entire Louisville offseason lovefest, you ask? The Cardinals beat a team in the Sugar Bowl (Florida) that has a history of playing down to competition.

Then there's Ohio, a tough and physical team that began last season by winning at Penn State. A team with a dangerous dual-threat quarterback (Tyler Tettleton), and a team that has played in more difficult environments than Papa John's Stadium (Ohio Stadium, Neyland Stadium, Beaver Stadium) and performed well.

For what it's worth, I spent a decent amount of time searching, and I found no evidence that anyone from the Big East ever admitted that the illegal man downfield call was wrong.

Five-star big man Trey Lyles will take his first official visit to Louisville on Aug. 31. He'll make trips to Florida and Kentucky later on in the fall.

Richard Pitino's Twitter prowess made me wish Rick would get into the game.

The Louisville volleyball team will begin its 2013 campaign with a national ranking of No. 19.

Johnny Football has absolutely nothing on Logan Bball.

Your damn right it's already sold.

Urban Meyer takes what had been a negative day for him on Card Chronicle, and saves it at the last second.

Strong has gone 25-14 (with two bowl wins) for a Louisville program that went 9-15 in two seasons before he arrived.

It is not surprising that Strong is drawing recognition as one of the next stars in the college game. One coach who always makes the Top 10 lists - Urban Meyer of Ohio State - said he considers Strong the best.

"He's arguably the finest coach in the country," Meyer told me during Big Ten Media Days in Chicago. "And an even better person ... I'm not surprised at all by what he's done at Louisville."

Toss in a "Bring Chicken to the Bucket," and we'll forget that earlier post ever happened.

PredictionMachine.com, which simulated upcoming college football season 50,000 times, has Louisville falling to Texas by eight in the Fiesta Bowl.

The Sporting News' Mike DeCourcy has U of L commit JaQuan Lyle as the 17th-best player in the class of 2014.

In case you'd forgotten, you ought to be excited about Terry Rozier:

Wide receiver Jarrett Davis, who tweeted earlier this week about having to undergo surgery, is currently moving around with the aid of crutches. Here's wishing Jarrett a speedy recovery, and here's cheering to the depth at the wide receiver position.

GoCards.com has the results of a Twitter Q&A with men's soccer coach Ken Lolla. The Cards play their first exhibition game of the preseason tonight at 7 p.m. inside Cardinal Park against Lindsey Wilson. I hope she's ready to get her ass kicked.

In Hollywood news, Lindsey Vonn has decided to leave Tiger Woods in favor of what she calls, "a bigger star." 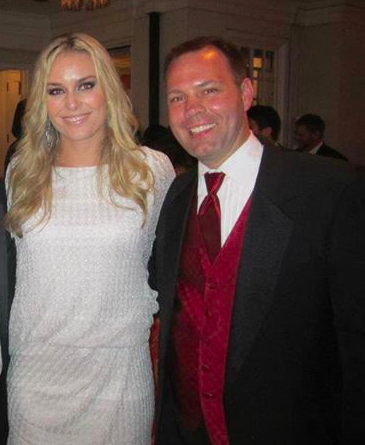 Sports Illustrated previews the AAC and sees Louisville going 11-1 and winning the conference.

Just how good is Louisville? Charlie Strong's team heads into 2013 with lofty goals on the heels of last season's Sugar Bowl victory, but fans might have to wait until late in the year to find out how dangerous the Cardinals really are. Their nonconference slate is extremely favorable, and their only real road tests come at USF on Oct. 26 and at Cincinnati in the finale. If Louisville somehow loses to Ohio or drops a winnable game early, its response will be extremely important. Winning the American is the expectation; anything less will be considered a disappointment for a program that has risen to prominence extremely quickly. 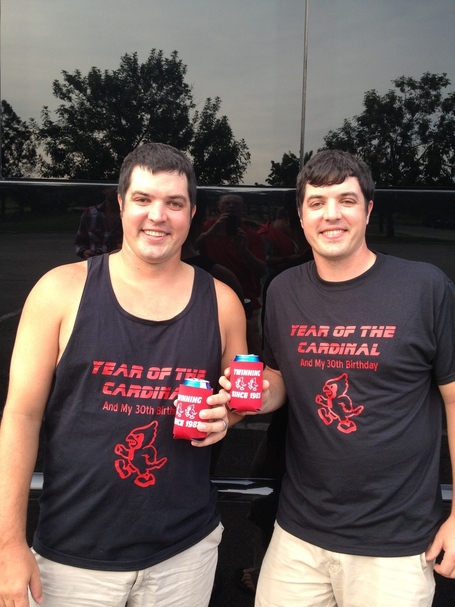 C.L. Brown alleviates the fears of Louisville fans who may have been worried about the reception Michael Dyer was receiving from his new teammates.

Perry said the group welcomed him with "open arms" into an already crowded competition for the starting spot. The way Perry sees it, they're all making each other better.

"You could be selfish, but for you to be a great team, you have to be unselfish and open up to others also," he said. "We want to have a great team. What if one of us goes down? He has to be ready. We prepare like that."

Brown said Dyer has pushed the returning backs in some ways. He was the MVP in the 2011 national championship game, and he's been peppered with questions about what that was like.

"He adds something that we never had, especially the guys we've got now," Brown said. "Two years he was a 1,000-yard rusher and stuff like that, so we're trying to get to where he once was. ... We're trying to get someone to get over that hump and get 1,000 yards."

And finally, I'm back doing radio things on ESPN 680 tonight from 6-7:40 (when the Reds game starts). Listen live or anytime on ESPNLouisville.com