Nick Peak of the WORLD NO. 1 Cardinal Singers spreading the word in South Korea earlier this summer.

If you haven't yet read Jeff Goodman's story on how Rick Pitino offered Mike Balado an assistant coaching position at Louisville, you need to change that.

Then he pulled out a trio of $100 bills from his wallet and handed them to Balado, insisting he take his wife out for a nice dinner after the brutal few weeks the couple had recently endured.

Balado politely declined, having too much pride to take charity.

"You can afford it now," Pitino said. "You're an assistant coach at Louisville."

That's what Rick Pitino does when he makes a job offer, he booms you.

For the third consecutive season, Louisville finished third in the country in basketball attendance, trailing only Syracuse and Lexington Basketball Academy. North Carolina was a distant fourth, drawing about 2,000 fans less per game than U of L. 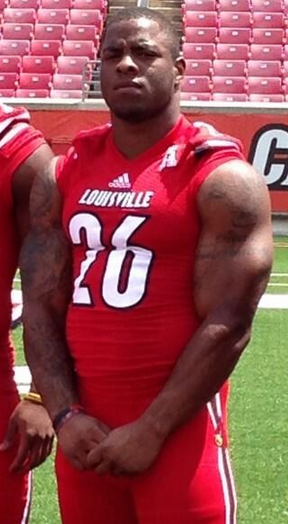 Bruce Feldman of CBS says that no one in college football has a better chance to go undefeated this season than Louisville.

1. Louisville: Charlie Strong's team is coming off a great performance in the Sugar Bowl win over Florida and has star QB Teddy Bridgewater back with a gifted receiving corps, and almost the entire starting D returning from 2012. The schedule, as has been pointed out about 1,000 times already, is cushy. Louisville will be a double-digit favorite in its first 11 games before visiting Tommy Tuberville's Cincinnati team in its finale on Dec. 5. If anyone will trip up Louisville before the bowl game, it's probably up to Tub, who does have a rep for upsetting top teams

Jerry Palm of the same publications envisions Louisville heading back to New Orleans for another Sugar Bowl appearance this January, only this time they'll be facing Georgia.

Congratulations to former Cardinal Reece Gaines, who has been promoted to a full-time assistant under Scott Davenport at Bellarmine for this season.

Five-star 2014 power forward Trey Lyles says he plans on visiting Louisville, Kentucky and Florida, with the trip to U of L leading off his fall tour.

"As of right now the first visit will be to Louisville," Tom Lyles told SNY.tv. "it's actually going to take place at the end of this month for an official visit down there. And then after it hasn't been confirmed ... but we are trying to get down to Florida pretty soon. Nothing confirmed just in conversation."

As has been reported, Lyles also plans to visit Kentucky for Big Blue Madness Oct. 18, when James Blackmon, Kelly Oubre, Stanley Johnson and Emmanuel Mudiay could also visit. Ironically, both Lyles and Blackmon decommitted from Indiana.

Also reportedly planning a visit to Louisville is former Indiana commit James Blackmon Jr., who recently picked up scholarship offers from both the Cardinals and Wildcats.

What was his reaction to hearing from the national champions?

"That was real big," Blackmon said. "I like Louisville, and I'm interested in it. The way (Pitino) talked, it sounded like it could be a good fit. ... Just how he lets his guards play, I think that will be a big key. I'm just looking to see who will be there when I'm there. I really have decided on that yet."

Blackmon said he's not overly familiar with U of L's roster or recruiting class, other than he knows good and well that his "real close" friend and former Spiece Indy Heat club teammate JaQuan Lyle, a five-star guard from Evansville, Ind., is committed to the Cards.

Since his commitment, there have been plenty of questions about Reggie Bonnafon's ability to play quarterback in college, most of them because it's something he has yet to do at the varsity level in high school. Though that will still be the case until Trinity opens its season a week from Friday on ESPNU, the recent buzz is that Reggie has been turning a large number of folks into believers since the spring.

Though it's an extremely small sample size, the throw near the beginning of this video is...well, it's awfully impressive.

Louisville's title defense looks very real: The Cardinals are not only the clear favorite in their one season in the American (before joining the ACC), but could make a strong case for No. 1 in the preseason polls. The last team that looked this prepared for a back-to-back title run was 2006-07 Florida. The Gators had more NBA prospects, but the Cardinals have just as many core players returning. Russ Smith, Montrezl Harrell, Luke Hancock, Chane Behananand Wayne Blackshear are all back, and with the addition of highly touted guards Chris Jones and Terry Rozier, there are more than enough options for Rick Pitino to play the way he wants and most importantly, win. Kevin Ware could be in this mix as well. He's made a remarkable recovery from the gruesome compound fracture he suffered during the Elite Eight. Ware is walking well and is set to start running late in the summer.

Louisville: Montrezl Harrell
This may surprise some people who would assume the choice here would be Russ Smith or Final Four MVP Luke Hancock or even Juco transfer point guard Chris Jones. But Harrell is possibly the top pro prospect on this team. He had a tremendous summer for the FIBA U-19 gold-winning team. He has quite a task ahead of him in replacing Gorgui Dieng in the paint. He's not the same type of player but he has the game to be a scorer/defender/rebounder inside. Louisville can repeat as champs if Harrell is a star.

Chris Jones toplessly discusses making the transition from junior college to Division-I during his time at the adidas Nations camp.

You have the implication that an ESPN show coming to your arena somehow counteracts a first round NIT loss, "hum these balls" and "ruthdick" all in 140 characters. Poetry.

Russ Smith gives us a behind-the-scenes look at his recent photoshoot with Athlon Magazine. 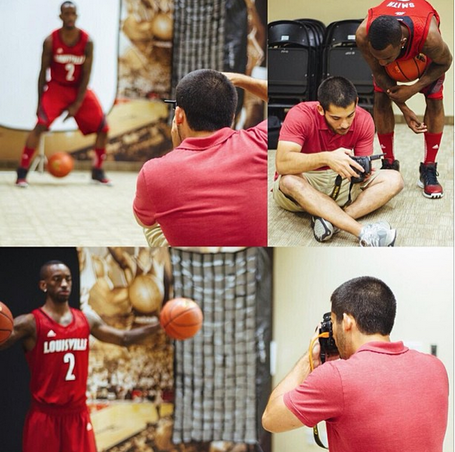 My guess is The Based King will be taking Peyton's Siva spot as the publication's regional cover man in a couple of months.

U of L fan Doug Bennett Jr. gives his take on Louisville's decision to not allow autographs at this weekend's fan day.

Louisville checks in at No. 7 on Sports Illustrated's preseason college football top 25.

Teddy Bridgewater, a junior, returns as one of the top passers in the country after racking up 3,718 yards, 27 touchdowns and a 68.5 percent completion rate in 2012. Bridgewater and the Cardinals, long dogged for their inferior résumé -- they move to the ACC next season -- trampled heavily favored Florida in last season's Sugar Bowl 33-23, kicking off a surge of momentum that carried into spring practice. There's talent on offense aside from Bridgewater: junior DeVante Parker and senior Damian Copeland headline a skilled receiving corps, while transfer running back Michael Dyer, a two-time 1,000-yard rusher at Auburn, adds a spark to the ground game. The defense, meanwhile, has nine returning starters from the unit that had three sacks and forced three turnovers against the Gators.

So Yankee Candle just released a new line of of college candles, and the scent they chose for the University of Kentucky is called "Clean Cotton." It's almost as if they were in the meeting room, and someone was like, "what name would give us the best chance of making national news by way of a sports writer/radio host making an over-the-line joke?"

No word on the severity of either injury, but it appears as though both wide receiver Jarrett Davis and cornerback Terrell Floyd are among the bruised up.

Four-star defensive back Kendall Randolph from out of Tallahassee says that Louisville currently leads Miami and USC in the battle to land his services.

"I want to commit in early September," said Randolph. "If I were to commit today, it would be Louisville." Early playing time could be a factor in his decision. "I just feel good about the coaches and the relationships I've built (with Louisville)," he said. "I think it's a place that I can go and make an early impact." 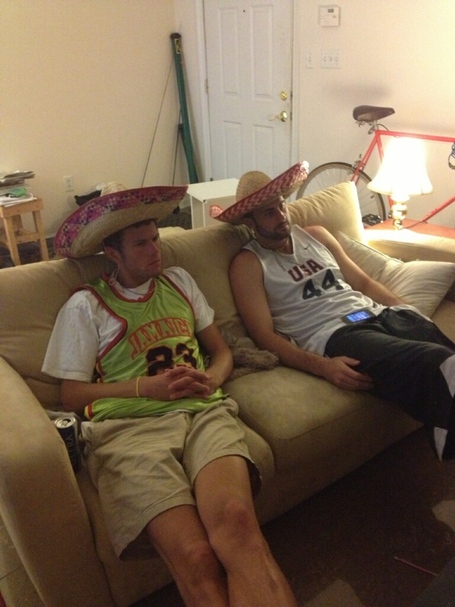 Dominique Brown talks to the C-J about why he'll be better this season.

And finally, the Associated Press takes an extended look at Louisville football's return to the national spotlight.