The Based King Has Been Disrespected

Share All sharing options for: The Based King Has Been Disrespected

Today started out as a pretty standard Friday for Estonian Russ Smith. 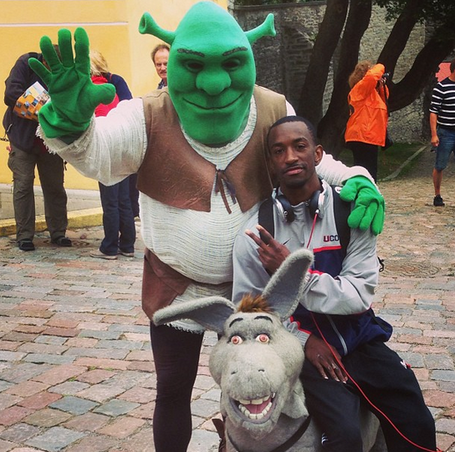 Nothing out of the ordinary.

Smith then went on to the gym, where he helped lead the East Coast All Stars to an easy 93-75 win over Slovakia by scoring 10 points (2-of-6 from the field) and dishing out a team-high five assists.

And then The Big Lead released its annual summer list of the top 50 players in college basketball, a list that just so happened to have likely first team preseason All-American Russ Smith at No. 26. It's an outrageous assertion - Russ would beat Jordan McRae in 10 games of 1-on-1 by an average of about 11-4 - and one which Smith was quickly made aware of. 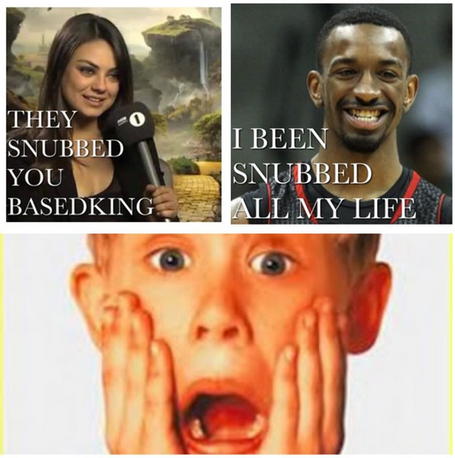 I think this is how we all would react to such adversity.

I never trip over something that I never had !!! Always a Crab n a bucket amongst other Crabs .. Never at the top .. #ILoveStruggling , it the only way I appreciate some success .. Why get mad over a ranking and I was never ranked previous?? Doesn't add up !! But what does add up is the accolades my teammates and I achieve !! They don't have what we have #UofLCardsTeam #Rings .. If they go by that, my teammates and I will be #Number1 in every book !!!

This is, more or less, the exact same thing I wrote in my journal on the day I found out Card Chronicle didn't win Louisville Magazine's Best Website award. Just replace crab with lobster and it's identical.

As far as the rankings are concerned, yes, it's ridiculous, but all of these late-summer, early-fall lists are. If you don't believe me, look at where Kyle Wiltjer was on last year's TBL post. Or, to get a little bit more personal, take a look at where I had Victor Oladipo last September.

Basically, we all just need some real games to start again.

The last real game for Russ and his East Coast All Stars will take place tomorrow at 1:30 p.m. EST against the host nation of Estonia. 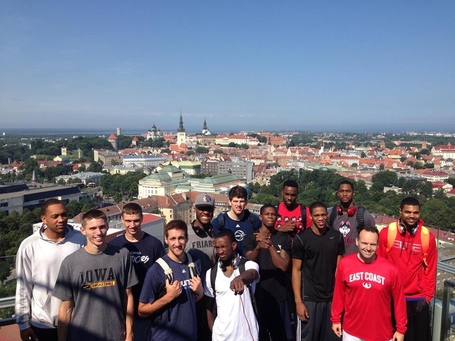