Share All sharing options for: Digger Phelps: The Least Cool Person Of 2012-13

It may not be an Olympic year, but a Phelps is once again the best in the world this summer. DIGGER is your least cool person of 2012-13.

In the most-voted on finals in LCPT history, Digger Phelps managed to hold off his ESPN compadre, Kirk Herbstreit by a final tally of 1,470-914. 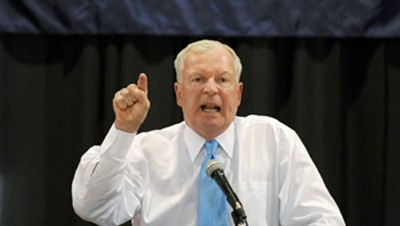 The plaque (we really need to make one) of champions now looks like this:

Thanks to all who participated in this most sacred of summer traditions.