Videos And Pictures From Louisville's Trip To Washington

Share All sharing options for: Videos And Pictures From Louisville's Trip To Washington

The national champion Louisville Cardinals (never gets old) made the trip to Washington D.C. for what was perhaps the most eventful day of the summer, even for those of us following along from back home.

Here's the best of the best from the day that was at the White House.

The championship trophy is secured for its journey to the White House #L1C4 pic.twitter.com/qjEImSbhNd

Chane is sleeping at the White House. Haha pic.twitter.com/Q73nNCvZxj 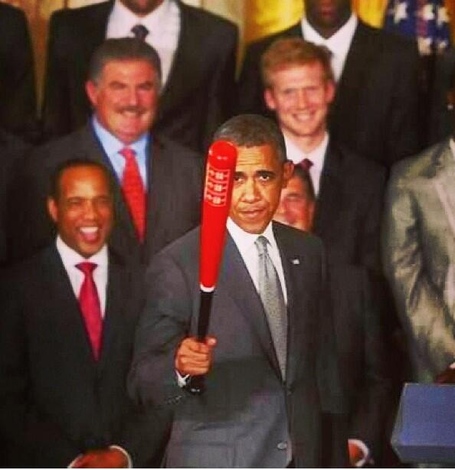 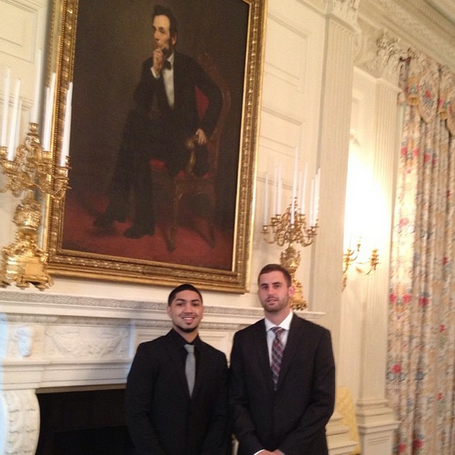 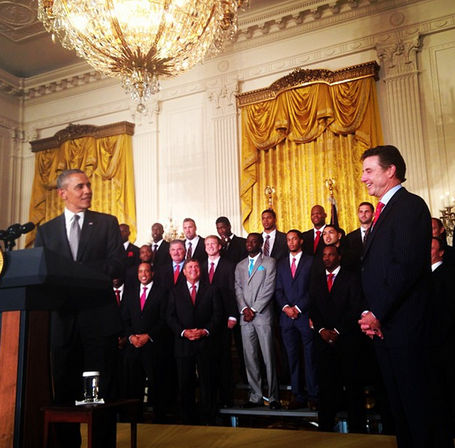 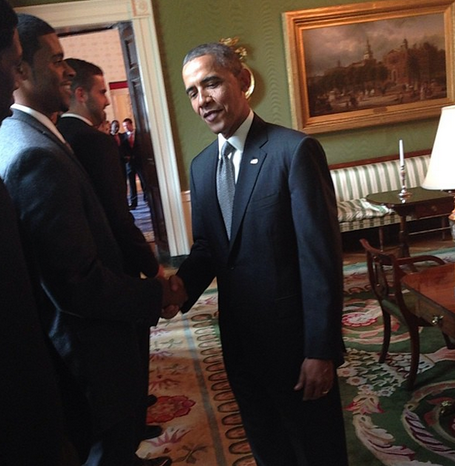 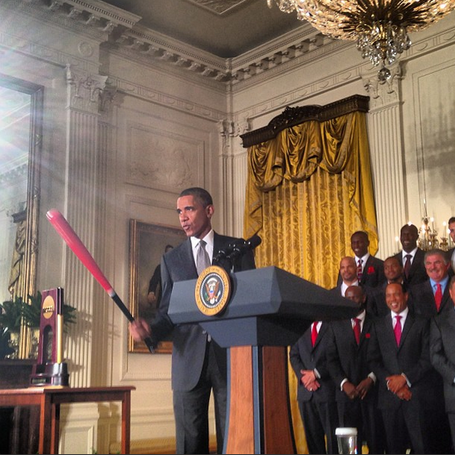 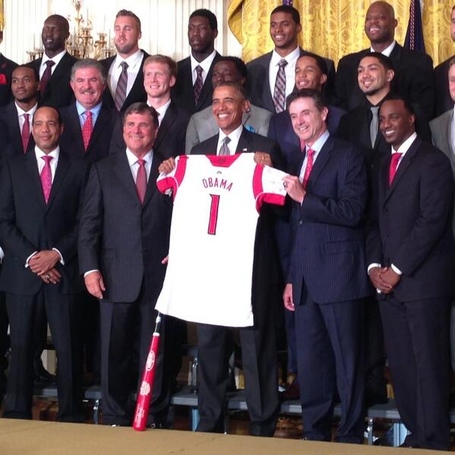 Coach Pitino with remarks outside the Capitol #L1C4 pic.twitter.com/BTPdOKRqN9

--There are maybe 10-15 people in the United States who can legitimately hold their own (not just think they're holding their own) during a press conference or ceremony with the President; Rick Pitino is one of those people. No one can ever be on an equal plane with the President, but Pitino is one of those handful of people who can make you feel like it's awfully close.

--The look on Tim Henderson's face when he was singled out by name was just fantastic. Almost as fantastic as the fact that Hendo was the first Louisville player mentioned during a speech by the President of the United States.

--As much as I was on the "I don't care how ugly the postseason uniforms are as long as we're winning" train, it was a little bit embarrassing to see the President handed a jersey with sleeves. I did love that we also gave him a Louisville Slugger though.

--Best line from Obama: "This win made Coach Pitino the first coach to win championships at two different schools. We won't name the other one."

--Dark Slime's light suit and turquoise tie saw the sartorial show a little bit. Don't you ever try and put Slime in a box.

--"He's in Estonia," might be the best possible answer to the question of why Russ Smith couldn't make a trip to the White House to meet the President.

--SVT's hair and overall style for the occasion deserves about 2,000 words by itself. 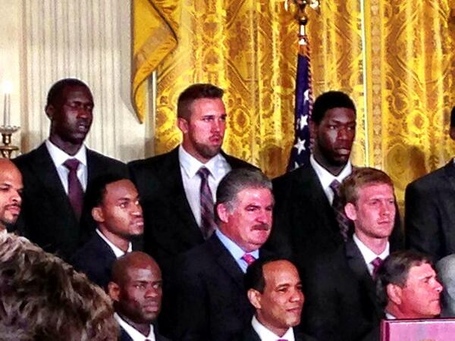 I'm sure the full video of today's festivities will be available soon, but for now, here's a taste: