That's Jeff Prosser spreading the good word during a mission trip to Ethiopia. Based on the hand signs it appears to be a mixed message of peace and Cardinals, both of which I'm cool with.

President Obama's schedule will never look more Jordan Bond than it will today.

Five-star U of L commit JaQuan Lyle announced Monday that he will be playing his final year of high school ball for Rob Fulford at Gorgui Dieng Prep Huntington Prep. Cardinal recruit Angel Delgado announced he was making the same move earlier this month.

According to an arrest report, University of Louisville Campus Police stopped 24-year-old James C. Reed shortly after 1:30 Saturday morning as he was seen sliding a large duffle bag under a fence on the property of the stadium.

Police say they stopped Reed and he gave them permission to search his bag. That's when officers say they found "a large quantity of U of L sports memorabilia" and clothing.

According to the arrest report, Reed did not want to cooperate with officers during his arrest, holding his hands together and not allowing himself to be handcuffed.

In my dreams, everything in the bag was old Titus Teague uniforms...and I hired him...and that's actually what happened.

ESPNU announced Monday that it will be televising Louisville Trinity's Aug. 23 home opener against Nashville Ensworth at 8 p.m. That's significant because it will be the first varsity start at quarterback for U of L commit Reggie Bonnafon.

According to ESPN's Myron Medcalf, Russ Smith is the 8th-most indispensable player in college basketball.

8. Russ Smith (Louisville) -- Rick Pitino received great news when Smith announced his return. He'd flirted with the NBA but ultimately decided to re-join his teammates and make another run at the national title. The Cardinals will enter the season as strong contenders to defend their crown. Luke Hancock, Chane Behanan, Wayne Blackshear and Montrezl Harrell all return for the defending champs. But I can't see Louisville on the podium again unless Smith competes at an All-American level in 2013-14. "Russdiculous" has been criticized for his mishaps (2.7 turnovers per game). But the Cardinals wouldn't be the champs without him. The most explosive guard in the country (18.7 PPG, 2.1 SPG) is a two-way catalyst for a team that's capable of winning its second consecutive championship. Louisville needs him.

Sometimes U of L and UK can team up.

The summer is long, the gyms at those AAU events are warm, and sometimes Jim Boeheim just gets sleepy. 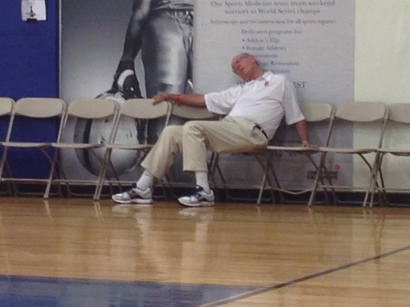 This U of L party bus can be yours for just nine grand.

The life of a five-star basketball recruit during the summer is a busy one, something Cardinal commit Quentin Snider can attest to.

This makes me happy and sad at the same time.

Watched Louisville practice today... Miss it .. But they are looking better then ever..

The fun at North Carolina never seems to stop. And by fun I mean scandal that tarnishes the program a little bit more every day. 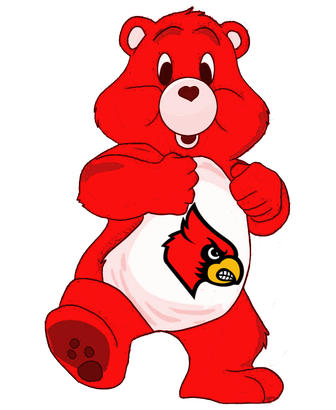 Ok, my mom was a preschool teacher and, yeah, I was more into the Care Bears than I'd care to admit as a grown man. Do I still know all the words to all the songs from Care Bears Movie II: A New Generation? No, I do not. Do I know most of them? I don't have to answer that because I'm really busy and I haven't eaten all day and OH MY GOD WHAT IS THAT OUTSIDE YOUR WINDOW?

College Football News believes Rutgers will go 7-1 and win the AAC this fall. The publication believes the Cards will go 6-2, losing to both the Scarlet Knights and Cincinnati in their regular season finale.

CFN also hits us with a full preview on U of L.

Key player to a successful season: Sophomore LT Abraham Garcia. Louisville's blocking was middling last season, and now it must replace its starting center and left tackle. Both positions are crucial, but left tackle is doubly important because it protects the backside of star QB Teddy Bridgewater. If No. 5 doesn't have time or, worse yet, absorbs too many hits, this team can't possibly reach all of its 2013 goals. Garcia has just minimal experience at Louisville, so it'll be interesting to see how he handles this key promotion.

The season will be a success if ... Louisville is undefeated when the postseason begins. Will anything else be acceptable for this team? The toughest game at Papa John's this year might be Ohio, Rutgers or UCF. On the road? Cincinnati, though South Florida and rival Kentucky obviously can't be overlooked. The point is that the Cardinals should sweep their regular season slate of games, win the American Athletic Conference, and head back to a BCS bowl game. Anything less will be missing the mark in 2013.

Kentucky showed its appreciation for Drake with a national championship ring. Now it's time for Louisville to do the same thing with Sugar Bowl National Anthem singers Six Appeal.

@CardChronicle we'd be up for it. 6 please.

One six-person sized ring it is. 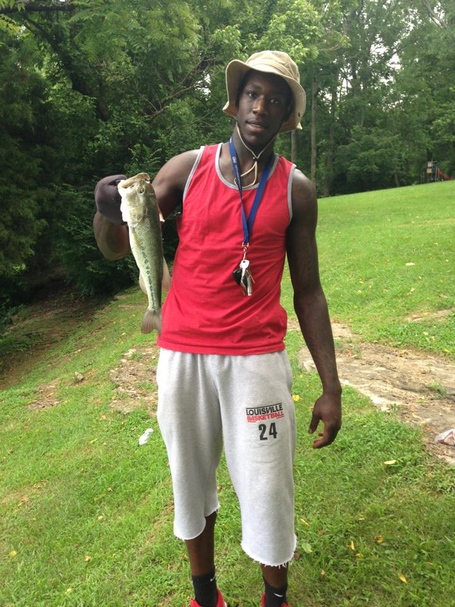 NFL Draft site With the First Pick takes a look at DeVante Parker.

U of L baseball coach Dan McDonnell announced that Jeff Gardner and Cole Sturgeon will serve as the team captains in 2014.

Charlie Strong was feeling the love out of nowhere on Monday night.

And finally, our basketball men are headed to the White House today, and our football men are just 40 days away from kicking off the season with (potentially) a top 10 ranking.

These are the best times.