The 2013 ESPY Awards don't get underway until 9 p.m., but it was announced during the ceremony's pre-show that Rick Pitino has won the award for Best Coach/Manager.

Although Pitino is not in Los Angeles for the show, Peyton Siva, Russ Smith and Wayne Blackshear are in the building in his place. 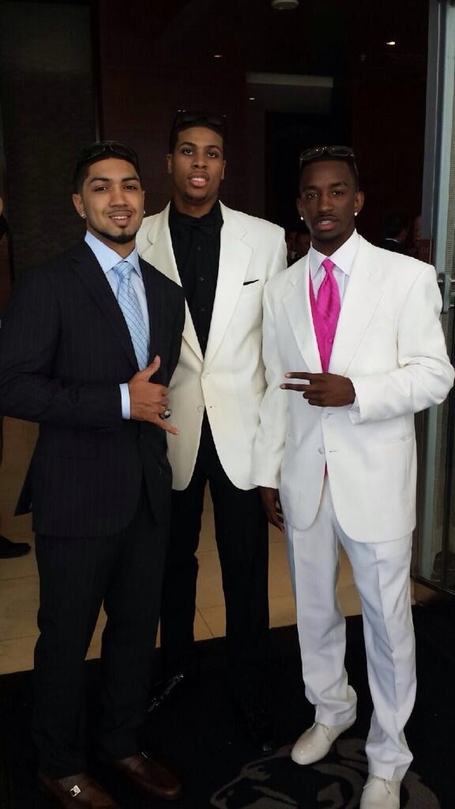 Earlier this month, Pitino jokingly(?) stated that if he won, Russ Smith would be accepting the award on his behalf. Since the award was announced before the ceremony, my assumption is that it won't be presented during the actual show. Still, I suppose it's possible, which is more than enough reason - along with the Louisville women's team and Angel McCoughtry both being up for awards - to tune in.

The Summer of Rick rolls on.