The 2013 Louisville football media guide is online in full, and ready for you to completely digest.

The main attraction of the guide, at least as far as we're concerned, is an updated depth chart. It's a list that will likely look completely different once it's updated again near the start of fall camp, but it's mid-July, which means we're obligated to obsess over it for at least a few weeks. 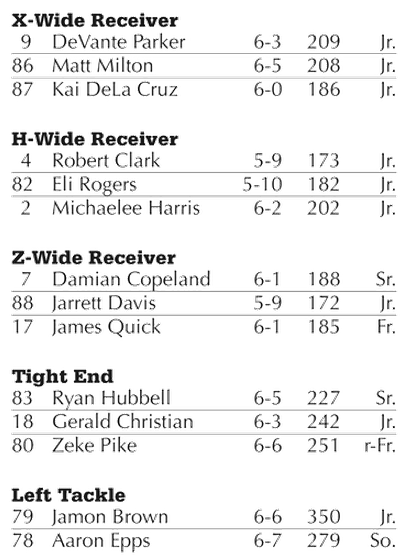 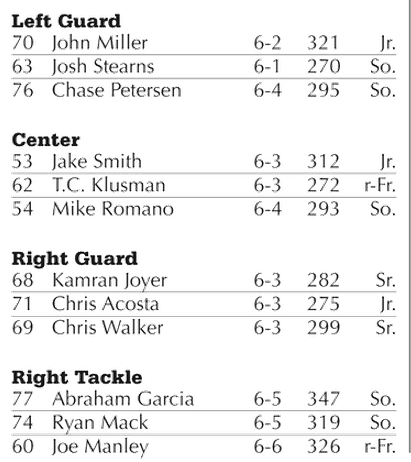 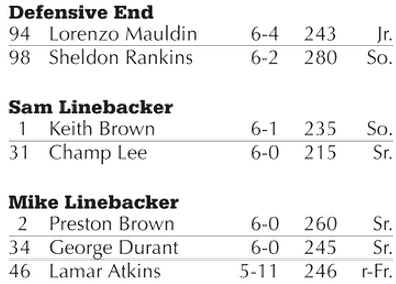 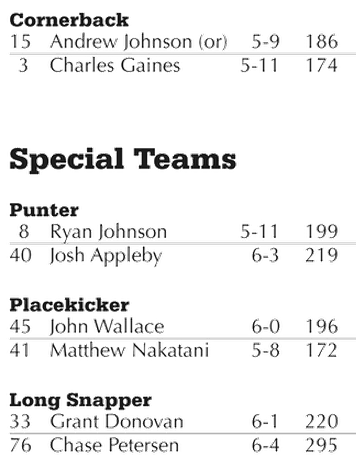 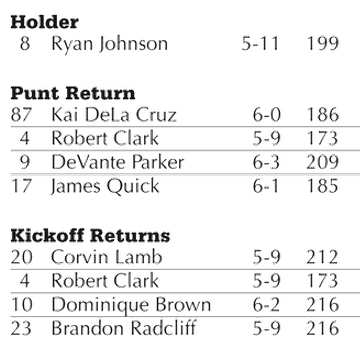 --No starter named at running back, which shouldn't come as much of a surprise. Even though most people expect Dominique Brown to be "the guy" (or at least "the guy" who gets more snaps than any of the other guys most Saturdays), he hasn't played a down in the better part of two years. There are still injury concerns with Senorise Perry, Corvin Lamb showed flashes of brilliance but struggled with pass-blocking, and Brandon Radcliffe is a freshman. All this considered, the "OR" is understandable.

--The major surprise that jumped out at me was seeing Robert Clark listed ahead of Eli Rogers (and Michaelee Harris) at the H-receiver. Rogers led Louisville in receptions as a freshman in 2011 and was second behind only Damian Copeland last season. If Clark is really this good, and this is going to be a hell of a three-way battle for playing time once Michaelee is healthy.

--As had been talked about during the offseason, Charles Gaines has made the move from wide receiver to cornerback. The surprise is that Gaines as listed as being in a dead-heat with two-year starter Andrew Johnson. Johnson has demanded wake-up calls from the staff more than once during his Cardinal career, so it will be interesting to see if this is yet another instance of that, or if Gaines is the real deal as a cover man.

--Most media members have assumed that James Quick would be Louisville's main returner from day one, but he's on the bottom of the totem pole for punt returns and nowhere to be found on kicks. That's one area which usually changes drastically over the course of fall camp.

--Gerald Christian is on the Mackey Award Watch List, but behind Ryan Hubbell on the depth chart.

--No sign of B.J. Butler or Jalen Harrington despite both playing fullback (and playing it well) in the Sugar Bowl. Instead, it's the relatively unknown Tyler Sharp beating out Jarel McGriff-Culver for FB1.

--When did Kai Dominguez become Kai DeLa Cruz? It does sound cooler, I'll give him that.

--Keith Brown is still listed as the starter at SAM linebacker despite the fact that he's (unofficially) nursing a fairly serious injury.

--As most people expected after spring ball, Jake Smith will likely be the heir apparent to Mario Benavides at center.

--It's good just to see Gerod Holliman's name. It'll be better to see him on the field.