Congrats to Shoni Schimmel, who helped guide Team USA to a 90-71 win over Russia in the gold medal game at the World University Games on Monday. Schimmel averaged just over 5.0 points per game in six victories for the American team.

The Detroit News tells the story of Peyton Siva, who just wrapped up a terrific professional debut at the Orlando Summer League.

His maturity caught the eye of Pistons center Andre Drummond, who has taken a liking to the point guard in Summer League, doing the popular "photobombing" after a game last week.

"That's my point guard," Drummond said. "I keep telling him not to worry about making the team. He'll be here."

Siva didn't appear the least bit concerned, as his play solidified his chances of becoming a prime candidate for a long NBA career, with his 4-1 assist to turnover ratio during Summer League play.

Good on ya, Andre.

Luke Hancock continued his impressive run at the World University Games today by dropping 16 points and seven rebounds in a 92-70 win over Germany. The Americans were eliminated from medal contention over the weekend when they lost to Canada despite Hancock scoring a game-high 27 points on 5-of-6 shooting from beyond the arc.

Here's a sampling of how Luke has been spending his summer vacation.

I think it's safe to say that transfer from George Mason has worked out well for all parties concerned.

U of L announced Monday that Charlie Strong will be joined by Teddy Bridgewater, Hakeem Smith, Preston Brown and Damian Copeland at the American Athletic Conference's Media Day. Nice to see the Mustard getting some time in the spotlight after all his hard work led to a breakout 2012.

UK announced today that running back Josh Clemons is officially out for the season with an achilles injury. That's awful news for a young man who has been pretty terrific in the rare instances in which he's been healthy. Here's hoping he's preparing to get back on the field 12 months from now.

The Cards continued to improve upon their already impressive list of players who have received preseason accolades when Preston Brown was named to the Butkus Award (top linebacker) Watch List on Monday. Brown joins Teddy Bridgewater, Calvin Pryor, Hakeem Smith, John Wallace and Gerald Christian as U of L players who have been named to award watch lists so far this summer.

It's day one of the field turf renovation project at Jim Patterson Stadium: 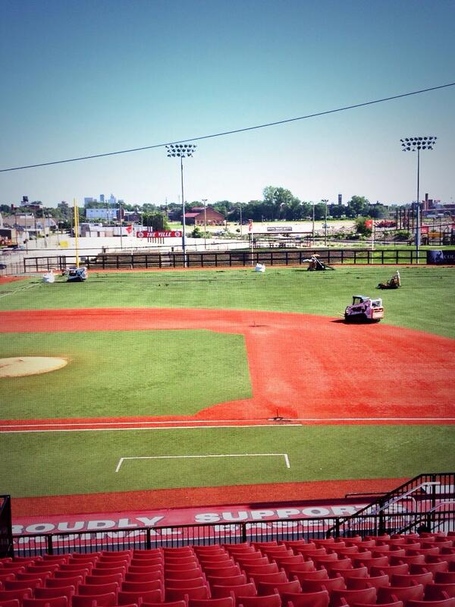 Sadly, my suggestion to replace the warning track with an elaborate salt-water moat was apparently rejected. I was also informed that my services were no longer needed for any future project planning at U of L. This was right after I was informed that my services for future project planning at U of L were never sought in the first place. I just showed up one day with a powerpoint and no pants.

And yet I remain undeterred. The next development idea I'm throwing my weight behind? An elaborate salt-water moat to replace the warning track on the softball field.

SB Nation recently caught up with Louisville commit Daniel Gresham, the nation's No. 1 ranked fullback, who talked about the recruiting process and whether or not he still plans on taking any additional visits.

There's a reason scouts have been raving about Shaqquan Aaron this summer. Here he is in action at the Breakout Classic:

A scene for the upcoming Patrick Henry Hughes movie was shot at Papa John's Cardinal Stadium over the weekend, and naturally the CCBM was there to make another Hollywood appearance.

Everyone feel free to bookmark this post where a Connecticut fan (who writes very well) predicts that Louisville will be the season's biggest disappointment, losing "at least four games" and winding up in the Pinstripe Bowl. 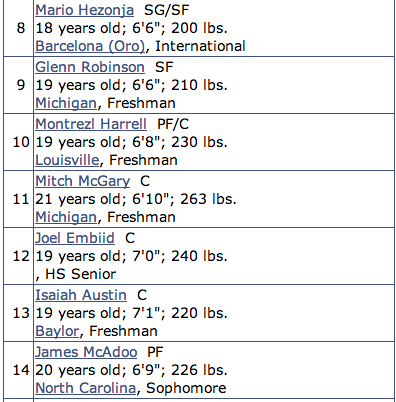 Conversely, NBADraft.net doesn't have Trez being selected at all - presumably because they don't see him leaving after this season. Instead they have Chris Jones as the first Cardinal drafted, with Russ and Chane joining him as second round selections.

JaQuan Lyle is proving to be a nice asset for the Louisville coaching staff in their recruitment of elite big man Cliff Alexander.

"Me and Coach [Rick] Pitino have built a great relationship throughout my recruitment," he said. "He's a great guy, I love him. I talk to Coach [Kevin] Keattsevery now and then."

He added: "They said they're willing to play me at the four and we can win a national championship."

He said Louisville commit 2014 JaQuan Lyle is in his ear about joining the Cardinals.

"Yeah, JaQuan is always bugging me about trying to commit," he said. "I just tell him just be patient."

He added: "I really don't know much about Louisville, I just know that a guy from Chicago played there, Wayne Blackshear."

A big thanks to the Montells and the rest of the folks at Shelbyville Country Club for having me out for the Shelbyville Kiwanis Club Charity Scramble last Friday. Though the vast majority of participants were LBA-sympathizers (Morgan Newton dropped a "cute hat" on me...he was far too large for any sort of "cute" response), it was still a terrific time. I did not play well.

It should come as no surprise that the majority of the ACC's coaches (and future coaches) are in favor of the league moving its conference tournament to New York. As Jim Young of ACCSports.com said on our radio show last week, whether or not this happens is ultimately going to come down to how much both sides want this, and how much each is willing to sacrifice.

Jason King says that Memphis and Connecticut have the best chance to challenge Louisville for the AAC crown in basketball this season. He also lists SMU as a "fringe contender," which seems a bit odd given this.

Louisville Sports Live has a great look at Rick Pitino and just how large a role he has already played in the history of Louisville basketball.

*In 12 years, Pitino has accounted for 18% of the program's wins

*Pitino has won one of Louisville's three NCAA Championships or 33%

Those percentages are awfully impressive, and they're only going to go up. With a national championship now under his belt, it's becoming pretty clear that whenever Pitino decides to hang it up, he's going to be viewed in the same type of light that Denny Crum is now. That statement seems like a no-brainer given the current state of things, but it's one that just about every Cardinal fan would have taken extreme issue with (and understandably so) as recently as two or three years ago.

This story about the reasons behind the Louisville Magic being slighted at the Adidas Invitational is why I attempt to avoid summer recruiting talk as much as possible.

Baby DeVante is an icon: 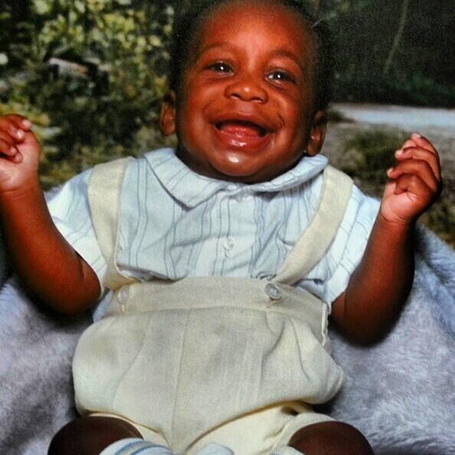 Congratulations to Louisville's Katie Petrino and incoming junior Haley Andreas, who have both qualified for the 113th U.S. Women's Amateur Championship. It's the second straight year that Petrino has qualified for the event.

Clemson blog Shakin' the Southland takes a look at and compares the 2009-2013 Louisville and Notre Dame recruiting classes.

And finally, 2014 standout Trey Lyles has become arguably the biggest name on the recruiting trail for Louisville fans this summer, especially after saying on Friday that although Kentucky sends players to the NBA faster, Rick Pitino and company develop them better. The five-star big man named his final four over the weekend, and it includes both the Cards and the Cats.