A very happy weekend to you and Cardinal fan Sgt. Jake Kerger, who returned home safely earlier this month.

Tom Jurich appeared on the David Glenn radio show earlier this week and talked about how he cleaned up the culture at U of L and how the program is preparing for its jump to the ACC.

Jurich expressed some of his hesitations in taking over a program that need to address what he called a "culture of compliance".

"What I asked the president at the time, I said ‘tell me where all the bodies are buried'. This job is open for a reason and I wanted to know what it was I had to deal with. I knew I had to change that culture of compliance because you had a bad reputation with the NCAA. I had never had a compliance issue in my career and I hope I never have one. We've had a zero tolerance policy across the board and it's really worked out great for us," Jurich said on the show.

You can listen to the full interview here.

Basketball's championship MVPs for 2013: LeBron James and Luke Hancock. My guess is that parlay would have had an impressive payout. No one thought LeBron could do it.

You can't say that Louisville didn't leave its mark on Omaha. 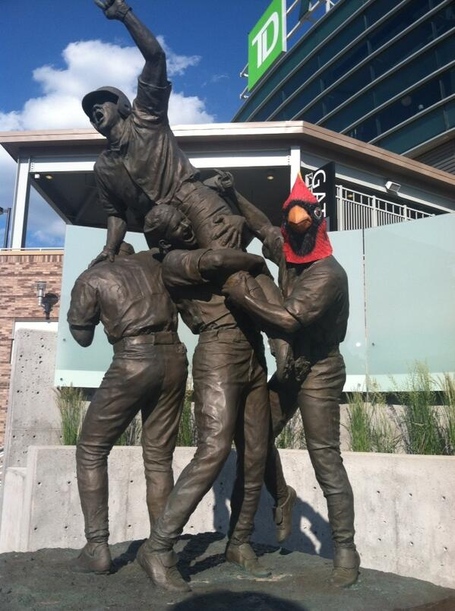 Cliff Alexander, the No. 5 overall player in the class of 2014 according to Rivals, has narrowed his list of schools to 10. In no order, they are: Kansas, Michigan State, Kentucky, Louisville, Illinois, DePaul, Indiana, Memphis, Baylor and Arizona.

One of these things is not like the other.

We're now well into the summer, and the disinterested narrative continues from the Florida side.

According to then-Gator safety and current Jacksonville Jaguar Josh Evans, what happened is that the Gators got their hopes a little too high for the help that would push them into the BCS title game.

"I think we had a lot of distractions," Evans said at a Jaguars fan event Wednesday in Gainesville, per the Orlando Sentinel. "People were feeling sorry for themselves that they weren't in the national championship.

"Personally, myself, I don't feel like we all bought in as a team for that game and really gave it our all."

It's crazy to me that we keep hearing these things, especially when you contrast them with the way the game was played and with what Omarius Hines said THREE DAYS before the Sugar Bowl kicked off.

Nah, but they didn't care at all.

Five-star class of 2014 wing Kelly Oubre is a name that has recently been popping up more and more on the recruiting trail. The Texas native said earlier this week that Louisville has been recruiting him harder than any other school, and announced today that he is transferring to national powerhouse Findlay Prep for his final season of high school ball.

Here's U of L commit Shaquan Aaron getting after it at last week's NBPA Top 100 camp:

A number of recruiting experts are predicting that 4-star class of 2014 quarterback D.J. Gillins will eventually wind up at Louisville.

USA Today says Russ Smith may have heavier expectations on him than any other returning player in college basketball.

1. Russ Smith, Louisville: The last time a team repeated as national champions, Joakim Noah was gator chomping in Florida. Smith's return puts the Cardinals in perfect position to win back-to-back national titles when meshed with other key returners Chane Behanan, Luke Hancock and Wayne Blackshear. Smith was a catalyst for Rick Pitino's squad last season, and his scoring average - 22.3 points per game - in the NCAA tournament was indicative of his offensive explosiveness and ability as a go-to scorer down the stretch. But his intangibles would have been missed the most had he left for the NBA. Smith's a ball hawk on defense and was crucial in forcing turnovers in Louisville's vaunted defense. Now, with point guard Peyton Siva gone, Smith will take on more of a leadership and decision-making role, which could lend itself to more of a distributing style as well.

Louisville doesn't even play in the Big East anymore and they're still No. 1 in National Football Post's summer power rankings.

Except for this one.

And as you probably could have guessed, he's not particularly fond of minorities.

The Louisville volleyball team has released its full schedule for the 2013 season. 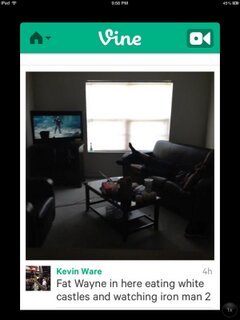 According to Adam Himmelsbach of The Courier-Journal, Peyton Siva has made Las Vegas his home base during pre-draft workouts, but he plans to watch next weekend's NBA Draft from back in Louisville.

Attending a baby shower at a bar tonight. Not sure I could be more excited.

Eric Crawford examines the Louisville/Kentucky rivalry in the years since the Cardinals have had an equal conference affiliation. It's an examination which comes out favorably for the good guys.

In the final analysis, once both schools were situated in conferences with access to the top shelf of college football's postseason, Big Brother has had a bigger wallet, but has not packed a bigger punch in the postseason. And when U of L finally attained the top-level branding of a long-standing conference, it has outperformed UK over a broad spectrum of the most visible NCAA sports.

It's a challenge from within the state unlike any UK has ever faced, with the exceptions of U of L men's basketball attaining top-tier status in the 1970s and '80s. Little brother finally was admitted to the country club, and has charmed the room.

Big Brother may have the larger banner collection, but not in the period in which both have had major conference affiliation, and not in the variety of sports that U of L has collected.

Every program goes through hot and cold streaks. What remains to be seen is whether this is a hot streak for the Cardinals, or evidence that with its conference hindrances put aside, U of L can outpace its in-state rival in a variety of sports for a longer haul. Its seven years at the BCS level provide only a short sample size, but U of L has a long list of accomplishments to show for those years, while its longer-established rival, in many of those sports, still is looking to make a mark.

The Louisville football strength coaches will be holding a bootcamp for women on June 22 at 9 a.m. inside the football complex. For more information, email louisvillestrength@gmail.com

The U of L soccer banquet is set for Friday, Aug. 16. Here are the rest of the details: 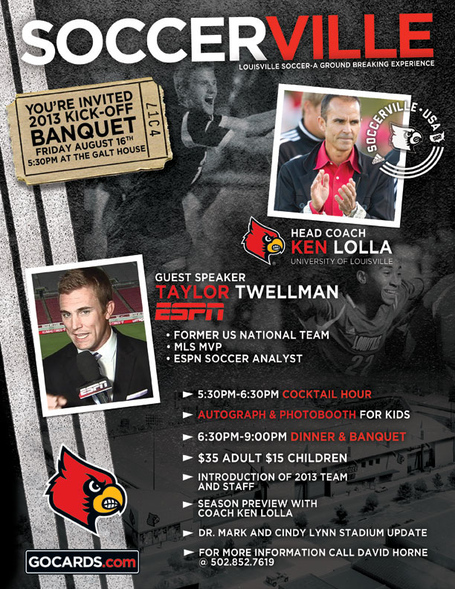 A number of folks in Arizona wouldn't mind if Teddy Bridgewater remained a Cardinal after this season.

The U of L Cardinal Singers spent this week in Vietnam winning three gold medals and the overall competition. They may also wind up being the world's new No. 1 choir when the fresh rankings are unveiled in September.

Lots to look forward to in September.

Dan McDonnell did not hold back when asked about what he believes the future of Louisville baseball entails.

After going 0-2 in the College World Series earlier this week, McDonnell vowed his team would be back to Omaha, Neb., and win a national title.

"In basketball everybody believes we can win a national championship and we are getting there in baseball.. It's a process. It doesn't happen over night."

Louisville's home (conference?) game against Central Florida on Friday, Oct. 18 will kickoff at 8 p.m. and be televised by ESPN.

And finally, Louisville's 1994 upset of No. 5 Kentucky (Samaki Walker game) is now on YouTube in full. Even if you don't have time to sit through the entire game, be sure to check out the extremely corny opening. F'ing Nantz.