The Yum Center Practice Facility Gets A New Decoration

Share All sharing options for: The Yum Center Practice Facility Gets A New Decoration

Via my man, your man and Rick's man, Light Slime comes this shot of the latest addition to the Yum Center practice facility: 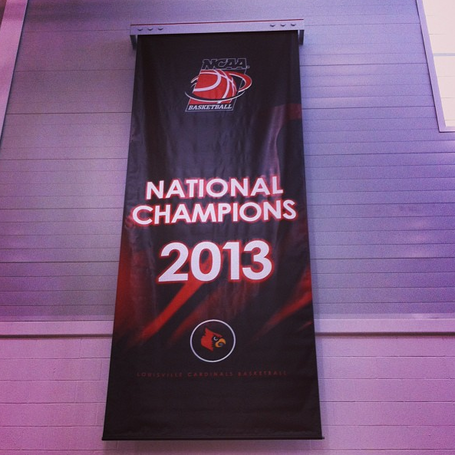 Louisville's exit from the College World Series doesn't have to usher in a mourning period or a countdown to football season (although there is one). Instead, I'm choosing to think of it as an opportunity to shift focus completely back to the national championship celebration for another glorious couple of months.

Because for the first time since it happened, there's really nothing else going on. And because national championship.