Kevin Ware Is Still The Best

Share All sharing options for: Kevin Ware Is Still The Best

Kevin Ware was outspoken back in April about just how much the outpouring of love he received helped him through an extremely difficult time. Now the Cardinal who became a national inspiration is doing what we'd all expect him to do by paying it forward. 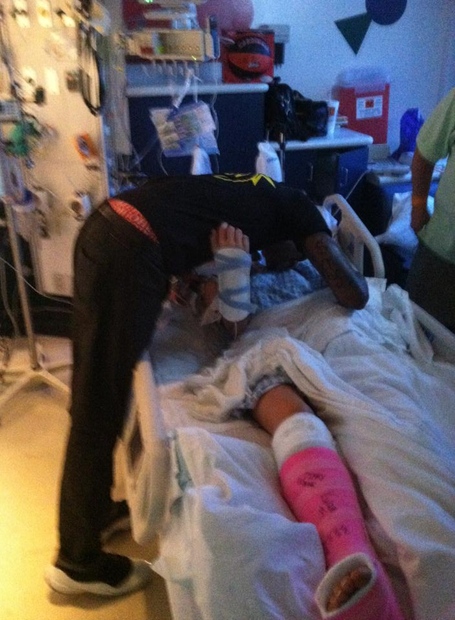 That's Ware offering up a hug to Brianna Boel, a 14-year-old who was one of two teenage girls struck by a car on Hurstbourne Parkway on Wednesday. According to her father, John, Brianna had just had two rods implanted in her badly broken right leg, and had been sobbing before Ware showed up for an unexpected visit.

Just when you think you're ready to shelve (or at least tone down) the love for Ware and company for a couple of months, you hear about something like this. A special man on a special team.

As for Ware's own recovery, he posted the following picture of the scar on his right leg today on Instagram: 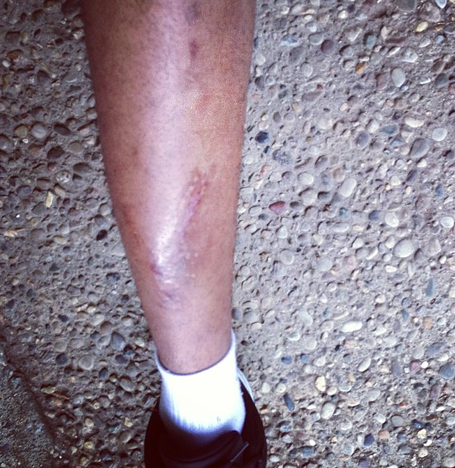 They might need extra security to keep fans from rushing the floor when Kevin takes the court for the first time this fall.

Kudos to Kevin for once again making us all proud to be Cardinals, and best wishes to both of the injured girls on a fast and full recovery.