Louisville Basketball About To Get Some Serious Nascar Love

Share All sharing options for: Louisville Basketball About To Get Some Serious Nascar Love

Nascar driver Brian Vickers will be driving a special car and wearing a special suit to honor Louisville's 2013 national championship team when he drives in the Quaker State 400 later this month.

The race, which runs at the Kentucky Speedway, is set to take place on June 29.

"This will certainly help my popularity with local fans that weekend," laughed Vickers, who will drive Michael Waltrip Racing's No. 55 in the nationally televised NASCAR Sprint Cup race.

"I'm a big fan of sports in general so to have the national champions on board is a huge honor. They are winners and it's always cool to surround yourself with success. Our goal is to make them proud."

"We're thrilled Aaron's and Brian Vickers have chosen to run the Louisville colors during the NASCAR Sprint Cup Race at Kentucky Speedway," said Louisville basketball coach Rick Pitino. "I know how many Louisville basketball fans are NASCAR fans, and like them I'm looking forward to seeing the car on the track. I think one of those die cast cars might eventually make it to my office. I've seen the paint scheme and it's really sharp."

Here's a shot of the car: 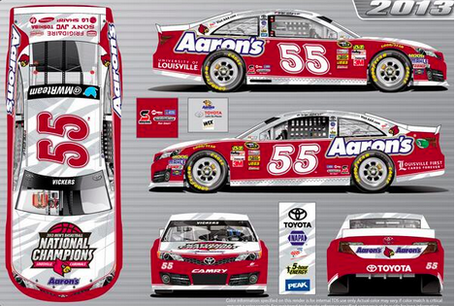 And of the suit: 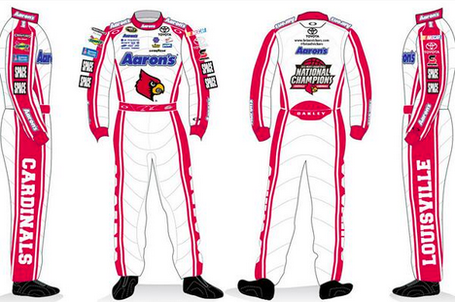 I'm far from the biggest Nascar fan you're going to meet, but I still think this is pretty cool and will definitely be on Team Vickers in a couple of weekends. 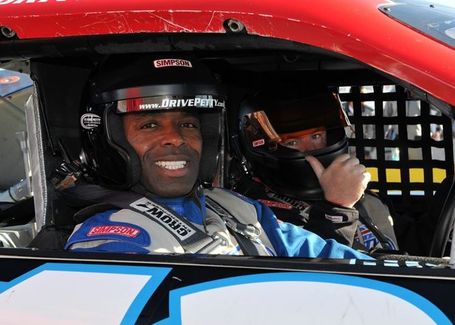