The more I keep thinking about the weekend ahead (and the week after it), the more excited I get it. The 2007 run was insanely fun because it was so completely unexpected, but this is different. This time it feels like Louisville has a legitimate chance to actually win the whole thing, which is an incredible sentence to write given that the program had never won a single NCAA Tournament game as recently as six years ago.

The Cards swept the No. 2 team in the country last weekend without the benefit of a single extra base hit. If the heart of the order can find a groove in Omaha, there's not one team headed to TD Ameritrade Park that Louisville can't take care of. That's cause for excitement.

If you haven't read it yet, Rick Bozich has a terrific column on how Tom Jurich has built unprecedented success with head coaches that other programs didn't want.

McDonnell said Jurich picked him up at the airport for his job interview. McDonnell had been on the road to attend a graduation ceremony and packed only two polo shirts - one white, the other blue. He wore the white one and made an immediate connection.

Walz can relate to that moment. He arrived for his interview dressed for success. The first thing Jurich told him was to remove the jacket and tie. They talked for 90 minutes at a restaurant in a downtown hotel.

Jurich did more than tell Walz not to worry about his stutter. He told Walz they'd find the best speech therapist in the area to help him speak confidently with fewer issues. And he has.

Speaking of U of L coaches... 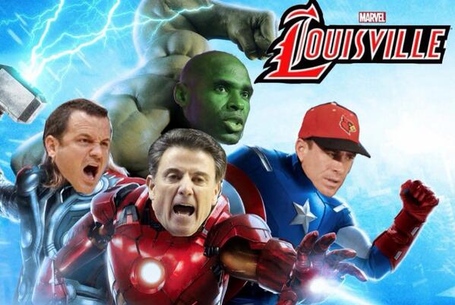 So Memphis has officially been named the host of the 2014 AAC Tournament.

It's not going to be as cool as the Garden or the future ACC Tournaments, but as far as a one-year deal is concerned, this is kind of awesome. For the first time since '05, the conference tournament that Louisville is playing in will be within (relatively) close driving distance for most Cardinal fans. That, as well as U of L's still-present rivalry with Memphis, ought to make for a pretty fun atmosphere.

If you're wondering why there wasn't a link to the Darius Washington video within the "since '05" text above, you might want to sit down. There was going to be, and then I discovered that the video has been removed from YouTube.

Today, truly is, the day the music died. Pour one out for the Brick Roll.

Everyone's going to have to redo all these photoshops if we actually win this thing. 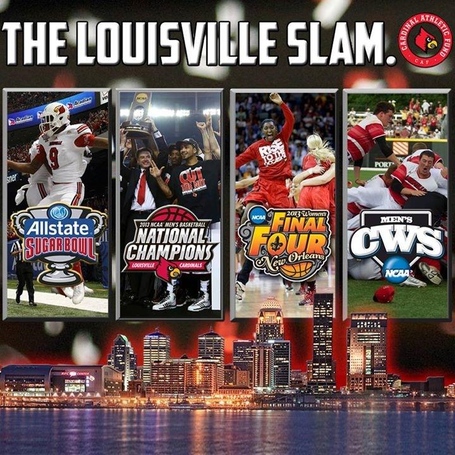 Under Armour honored FOUR athletic directors for their achievements this season, and Tom Jurich wasn't one of them.

But this week, UnderArmor rolled out its National Athletic Director of the Year awards and Jurich, whose program has become the first ever to reach a BCS bowl, NCAA title games in men's and women's basketball and the College World Series in the same season, again didn't make the cut.

That's sort of like honoring four kinds of Starburst and pink not being one of them.

If you haven't already made plans, the U of L soccer team is hosting a game watch party for tonight's World Cup qualifier between the United States and Panama at Molly Malone's on Bardstown Rd. The match is set to begin at 9:30.

The Sporting News pegs Chris Jones as the No. 10 point guard in the country heading into the 2013-14 season.

His entry into Division I basketball was delayed by two years, but it was time well spent. Jones led Northwest Florida State to the NJCAA title game as a freshman and sophomore, and last season was named national player of the year. His teams were 62-6. Louisville needs a new point guard with Peyton Siva gone. Jones has the talent to do more than just fill the job.

As for the shooting guard position, it would seem like No. 1 would be an easy choice. Not so says TSN, which places Russtacular in the No. 2 spot behind Michigan State sophomore Gary Harris.

Congrats to former Card Andrew "Peppa" Farrell, who was just named MLS Rookie of the Week for the second straight time.

Tom Jurich, U of L students and U of L athletes all look back at "The Year of the Cardinal"...which, again, isn't even over yet.

The CCBM (by way of Dr. James Murphy) makes a celebrity cameo in this month's edition of Louisville Medicine. 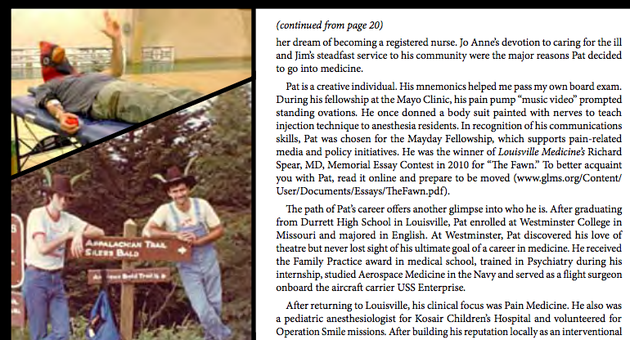 This should be a monthly thing.

Phil Steele, whose annual college football preview magazine is set to hit stores next week, ranks Louisville at No. 7 in his preseason top 25 and says the Cards are No. 4 in the country in terms of percentage of lettermen returning.

The cover of the College World Series media guide: 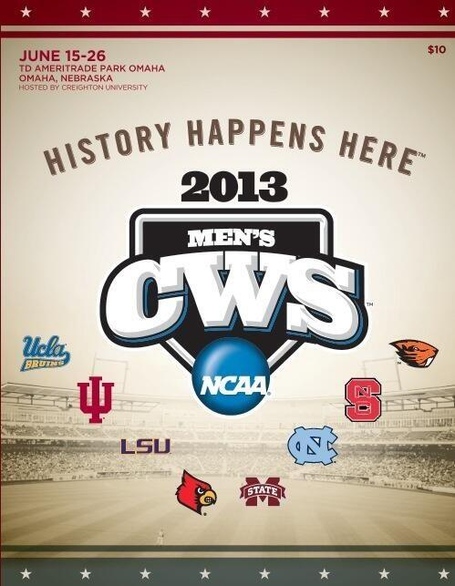 Ohio safety Mike Edwards, who had a scholarship offer from Louisville, committed to Kentucky on Monday. That led to this tweet from fellow commit Mikel Horton:

Screw Louisville we got that boy @m__edwards6

"Love it, he's already got that BBN attitude." But if a Louisville commit does the same thing, he's a thug (or worse behind closed doors).

Speaking of which...The President is in classic mid-summer form.

Omg!! People still believe in Kentucky football program?? 😂😂😂😂 I guess they believe in the Easter bunny too lol

Again, it's ridiculous that the game isn't the first of the year, every year.

Our man Kayoss has a new shipment of U of L Sugar Bowl and national championship blu rays that he's ready to cut CC members a special deal on. All the details you need are right here.

Overall, you just can't go wrong with a visit to Jim Patterson Stadium. The crowd support is there, most of the amenities are there, and the feel of an NCAA baseball game is there. I came away with the overwhelming feeling that I was on the road to Omaha with a team looking to capture a championship. I also came away with the feeling that U of L baseball is on the rise. There is no telling how grand of a facility Jim Patterson Stadium will be 10, 15, or 20 years from now, the 2013 season.

True love is a beautiful sight to behold. 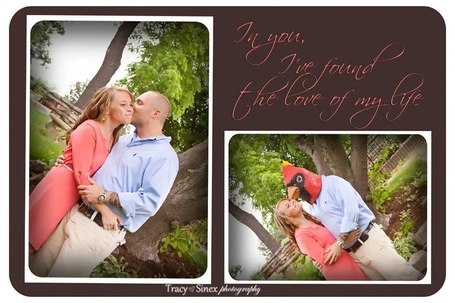 U of L's success this academic year hasn't been limited to the playing field, as noted by both Justin Brandt and Howard Fineman.

On a related note, U of L announced over the weekend that it has been forced to stop accepting applications because the number of prospective students applying has increased so dramatically.

And things are only going to get better. As Tom Jurich said a few months ago, the University of Louisville, not the athletics program, is the biggest winner in this move to the ACC.

CCBM celebrating a sweep of the Dores by...sweeping the doors. 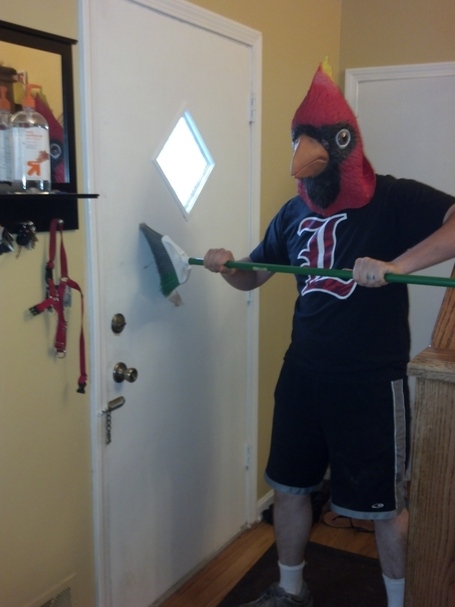 Maybe not its best work, but I mean, it's been a pretty busy year.

ESPN previews the CWS and says Louisville's arms give it a real chance to be the team that emerges out of the first pod.

If there's any takeaway from Nashville, it's that Louisville possesses the deadly array of arms necessary for winning a national championship. Chad Green wasn't exceptional against Vanderbilt, needing more than 100 pitches to get through five innings, but he'll go against Indiana on Saturday evening in Louisville's opening CWS game. "He's the bell-cow, the tone-setter for us," McDonnell said.

Jeff Thompson has been Louisville's best pitcher this postseason, with a 1.38 ERA in two starts. Against Vanderbilt, he allowed one run in seven innings and struck out nine, his fastball sitting at 90-94 mph. If those two are generous and donate a few runs, you better make them stand up, because Louisville's bullpen is a bit mean, with Cody Ege and Nick Burdi at the back end. Joe Filomeno suffered an apparent arm injury in the super regional, but he touched 95 mph from the left side before exiting. If he's available in Omaha, that's two power arms and one deceptive one for McDonnell to shuffle around in the late innings.

In a pool with Indiana, Mississippi State and Oregon State, Louisville has as good a chance as any to reach the championship series.

We want all your awards.

Give us "Best Trees" or we'll burn this entire thing down.

More evidence of the Year of the Cardinal? How about Juan Palacios winning the championship in France's top-tier league. 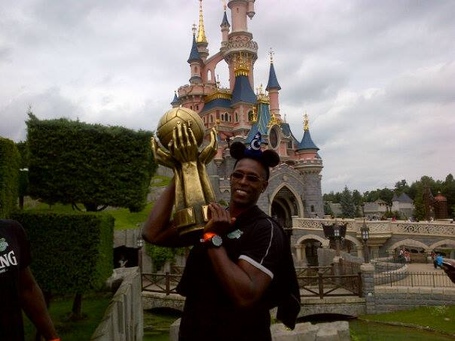 This mock draft from The Oregonian has Gorgs going to the Knicks.

A cool aerial shot of PJCS and its brand new turf: 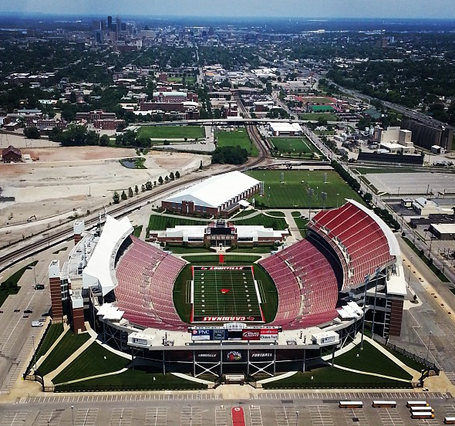 The secret behind Louisville's pitching success might be the two-headed monster it has behind the plate.

Louisville has "embarrassed" the Indiana baseball team in recent years, but that hasn't been the case this season."

Last year, they took it us pretty good," IU first baseman Sam Travis said. "They're always a good program. They were ranked high. ... When we played well in that first game, we realized we could play with anybody."

Indiana is 11-11 all-time against Louisville, but went just 1-5 during the previous three seasons. The Cardinals' two victories in 2012 were by a combined score of 34-8.

This year, IU won the first two games and nearly won the third at Louisville before the Cardinals tied it with two unearned runs in the seventh and scored the game-winner in the bottom of the ninth, sending IU to a 4-3 loss. By that time, IU was ranked 14th nationally and Louisville was 10th.

The folks in D.C seem pretty high on Peyton Siva.

And finally, for those who have been asking, the baseball team will depart for Omaha on Thursday afternoon. As of right now there are no plans for any type of send-off, but if that changes I'll let you know.