Quick accepted the award during a press conference at the KFC Yum Center on Thursday. 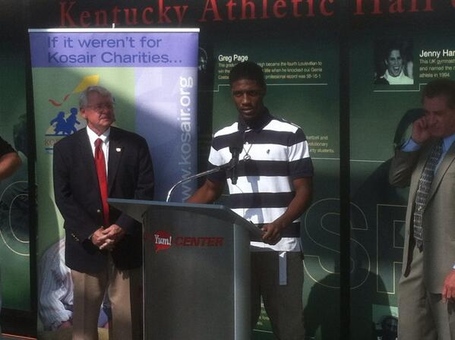 Photo via Kent Taylor (way to live the 4th, James)

Quick, a five-star wide receiver who was named the Most Valuable Player of the U.S. Army All-American Bowl back in January, will move into the dorms at U of L on Friday. It's also a decent bet that he'll be returning the first kickoff (that Louisville receives) inside Papa John's Cardinal Satdium on Sept. 1.