Share All sharing options for: The 20 Greatest Louisville Basketball Players Of All-Time

This has become an annual summer debate, but one which I think has some added intrigue now that some modern players are demanding consideration.

Only players who have completed their college careers are considered for this list, which means no Russ Smith or Tim Henderson for now. 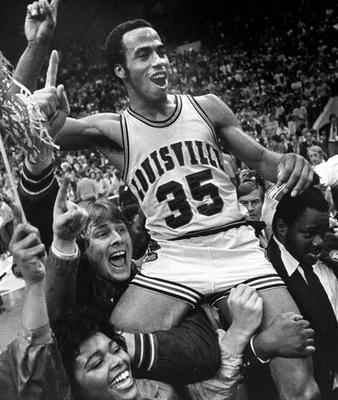 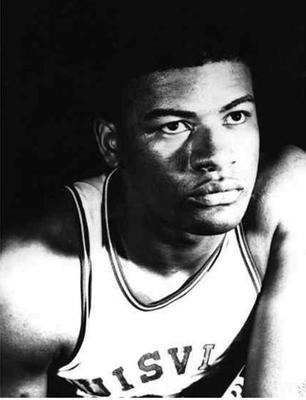 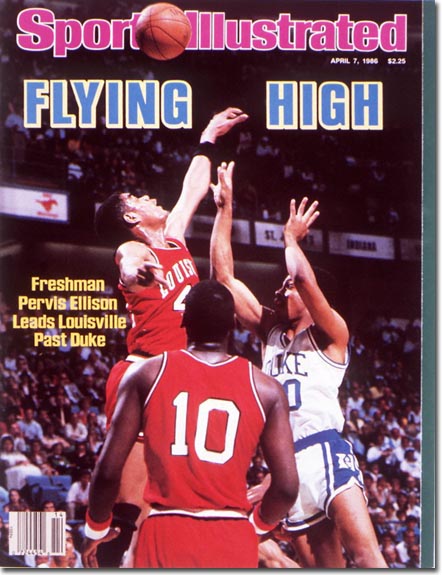 Louisville's all-time leading rebounder, Charlie Tyra led U of L to its first NIT title in 1956, and was a consensus All-American in both the '55-'56 and '56-'57 seasons. He set the school record for rebounds in a game when he snatched a remarkable 39 against Canisius, and ranks first in made free-throws, second in career rebounding average, fourth in career scoring average, fifth in career scoring, and eighth in field goals made. He's also surely somewhere in the top 10 in manly body hair. 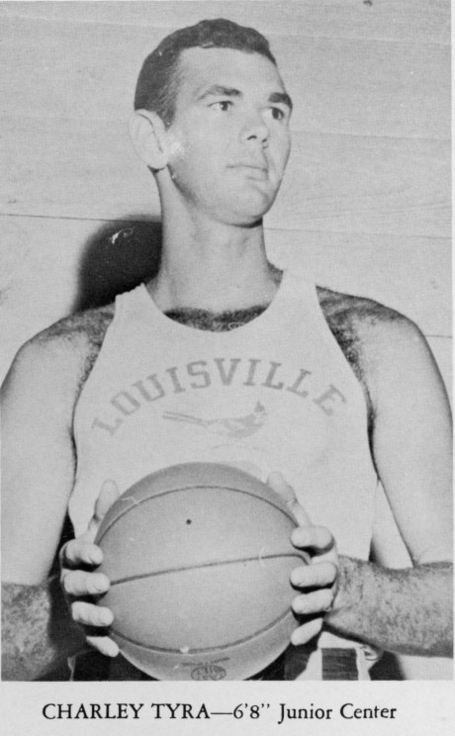 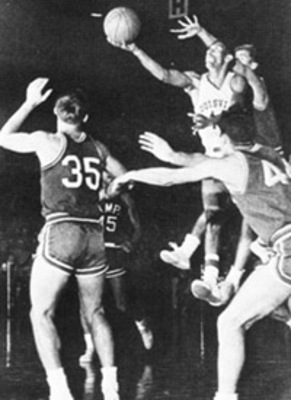 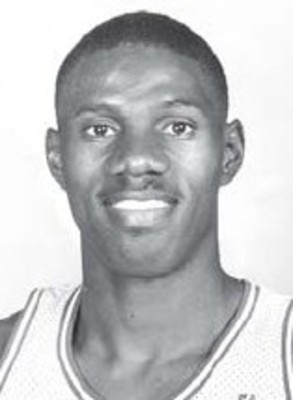 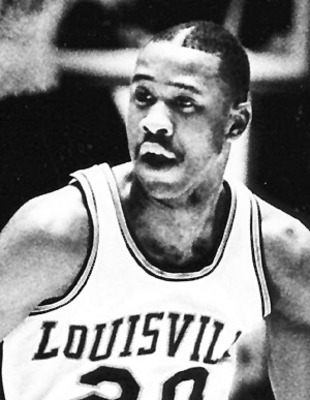 Louisville's second all-time leader in scoring (2,183 points) and three-point field goals (323), Wheat also ranks fourth all-time at U of L in assists (498). As a senior, he was named Honorable Mention All-America by The Associated Press, as well as Third Team All-America by the National Association of Basketball Coaches and Second Team All-America by The Sporting News. He led the Cardinals in scoring (17.3), assists (career-high 4.3), steals (career-high 1.94), three-point field goals (career-high 97) and minutes played (34.9 per game) as a senior and had 15 games with 20 or more points. The former Ballard High star helped lead the Cards to the Sweet 16 in 1996 and the Elite Eight a season later. 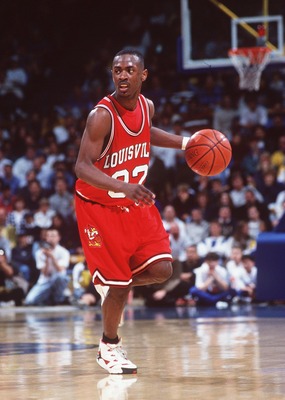 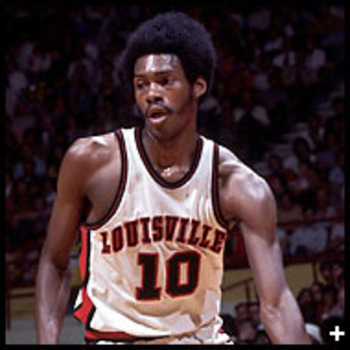 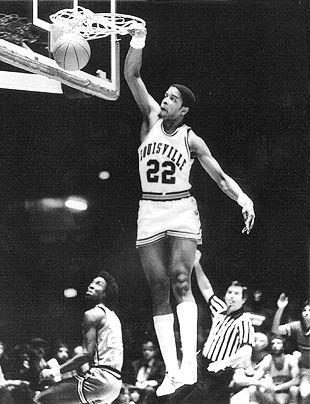 The leading scorer on the 1986 national championship team, Thompson ranks 11th at Louisville in career points, seventh in blocked shots and eighth in rebounds. He is the only Cardinal to rank in the top 11 of each of those categories. 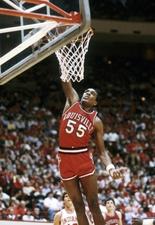 A transfer from North Carolina, Rozier became Louisville's first consensus First-Team All-American since Darrell Griffith when he averaged 18.1 points and 11.1 rebounds as a junior in 1994. He was the Metro Conference's Player of the Year for both the '92-93 and '93-'94 seasons, and recorded 41 double-doubles during his two-year stay at U of L. He is still the last Cardinal to be named a first team AP All-American. 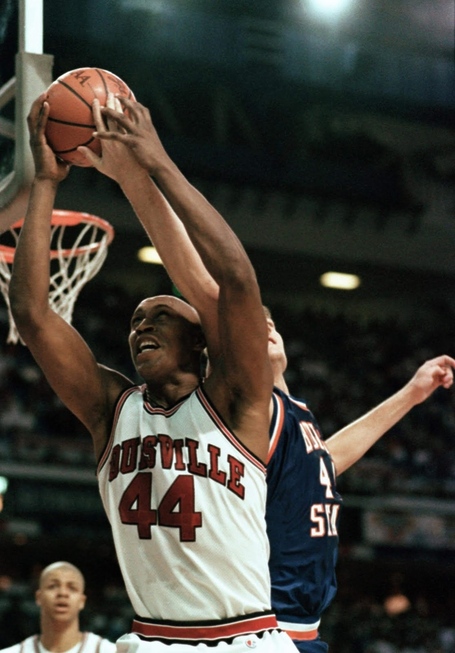 Louisville's 4th all-time leading scorer, Gaines remarkably ranks in the top five in scoring, assists, steals, three-point field goals and free throws at U of L. Despite playing with a sub-par supporting cast, Gaines almost single-handedly made Rick Pitino's first two years at Louisville much easier than they could have been. He was a finalist for National Player of the Year as a senior in 2003 when he led the Cards to a Conference USA Tournament championship and a four seed in the NCAA Tournament. 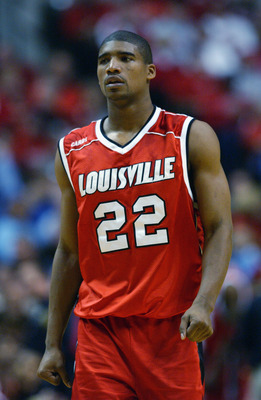 One of the most electrifying point guards in U of L history, Smith's school record of 713 assists may never be broken. He also ranks in Louisville's top ten all-time in in steals (third) and points (seventh), and is the school's all-time leader in career free-throw percentage. 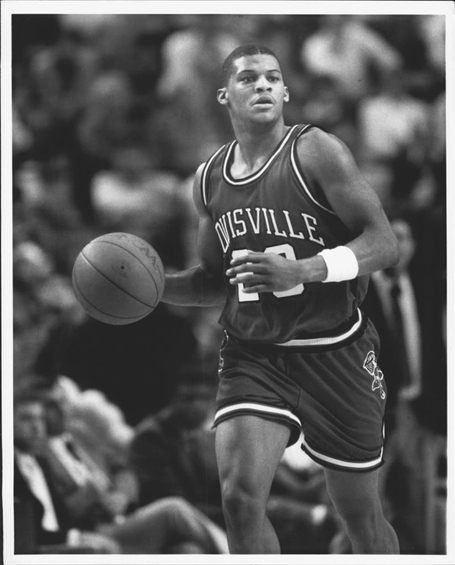 The 1972 All-American led U of L to the Final Four as a senior when he averaged 21.0 points per game. In just three seasons, Price totaled 1,490 points for the Cardinals. 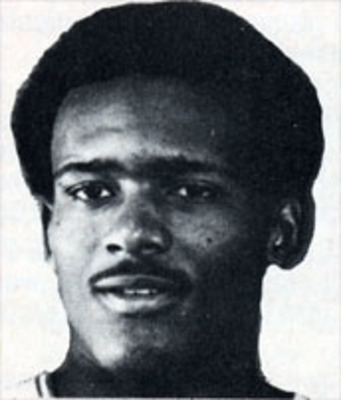 The only player other than Patrick Ewing to be named Big East Tournament MVP in back-to-back seasons, Siva also led U of L to back-to-back Final Four appearances, and captured the national championship as a senior in 2013. He heads to the pros as Louisville's all-time leader in steals, and ranks behind only LaBradford Smith in career assists. 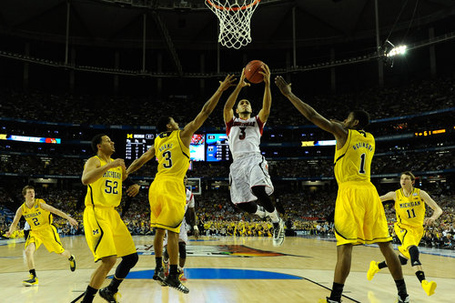 "Superb Herb" Crook was a starter on the '86 national championship team who was named the Metro Conference's Player of the Year a season later. A fan favorite because of the passion he brought to the game, Crook is Louisville's 9th all-time leading scorer and ranks sixth in career free throws made. 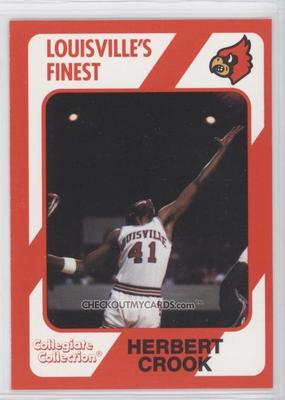 One of the most explosive players in Louisville history, Williams is the owner of half of the four triple-doubles recorded in U of L history. He ranks third on the all-time Cardinal list in assists, seventh in rebounds and 18th in points. He was a first team All-Big East selection as a senior when he helped lead Louisville to the No. 1 overall seed in the 2009 NCAA Tournament. 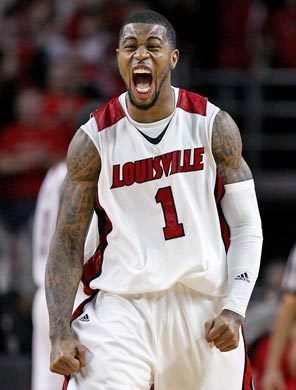 The star of Louisville's first Final Four team in 1959, Turner still ranks eighth all-time at U of L in both career scoring average (16.9 ppg) and career rebounding average (10.6 rpg).

Grosso played just two seasons for the Cardinals, but the record books will forever remember him as one of the greatest rebounders in U of L history. Only Charlie Tyra and Wes Unseld stand above him in the categories of rebounds in a game and rebounds in a season. He earned All-Missouri Valley Conference honors in both his years at Louisville, averaging 15.7 ppg as a junior, and a team-best 18.6 ppg as a senior. 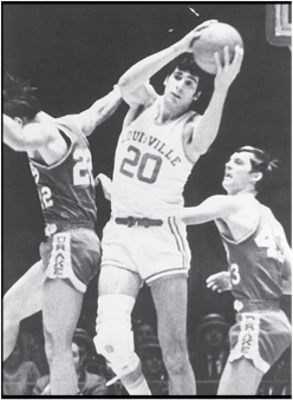 Obviously, this list begs a number of questions, most notably whether or not Gorgui Dieng belongs. In every statistical category other than blocks, Dieng doesn't match up well with the all-time greats, but anyone who watched Louisville play over the past two seasons can tell you how vital he was to a pair of Final Four teams and a national champion.