Wednesday will mark the beginning of Louisville's last participation in a major Big East event. I s'pose we should win it.

U of L, which locked up the league's regular season title by sweeping Pittsburgh last weekend, will begin its quest to become a dual champion Wednesday night at 5 p.m. against 8th-seeded Connecticut. Although the Cards have won four of the last five Big East regular season titles, they've claimed the tournament title just twice (2008, 2009) since joining the conference in 2006.

Louisville, which has won 16 straight games, also has a chance tie the school-record of 20 if it wins the tournament without dropping a contest.

Here's the full schedule of events for this week in Clearwater: 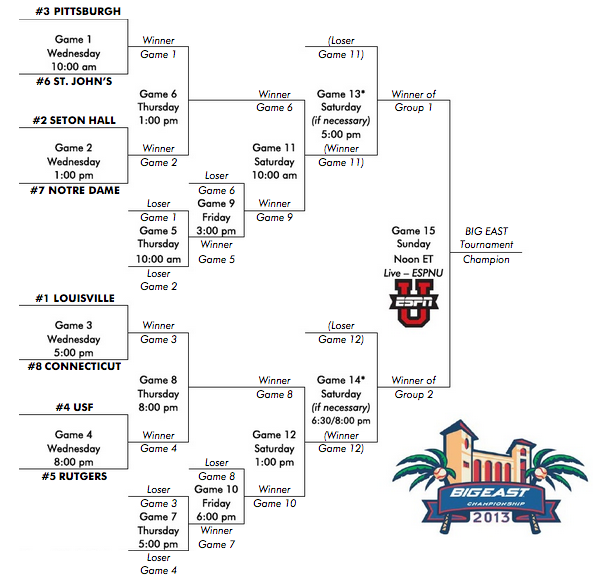