That's U of L's sports administration program throwing up L's (and one chotch throwing up the three goggles made famous by Kemba Walker) in the Indianapolis Colts locker room.

If anyone is interested in donating to the relief efforts in Oklahoma, SB Nation's Crimson and Cream Machine has set up an easy way for you to do that.

We had all better soak up these next few months because there's no guarantee that a kid like this is ever going to come through the program again.

Football office says no Heisman campaign for Teddy ....Teddy squashed it! Wants to concentrate on playing and the TEAM...I love this kid

This is the saddest thing I've ever seen. 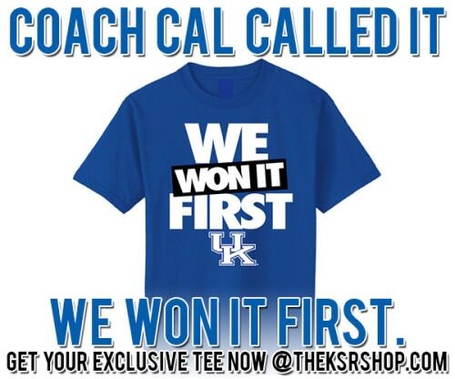 First of all, anyone who buys or even supports this is banned from playing the "inferiority complex," "little brother" or "all you do is care about UK" card(s) ever again. Second, isn't the primary goal in sports to be the current champion? Isn't the offseason that U of L fans are currently enjoying the pinnacle of fandom?

I will give credit to the large number of Kentucky fans (a healthy majority) I've seen admitting that this is embarrassing, but you still know these shirts are going to start popping up all over the city in a couple of weeks. And that's fine because national championship.

Congrats to the members of the U of L football team on wrapping up a solid academic year.

The Cardinals finished the spring with a solid 2.68 and a 2.72 cumulative team grade point average for the fall and spring semester combined. The 2.68 mark was the second-highest mark during head coach Charlie Strong's tenure at UofL.

The strong semester saw one student-athlete earn Dean Scholar honors for a perfect 4.0 average, while 17 players were named to the Dean's List (3.25 or higher) and 37 earned over a 3.0 GPA.

Memphis remains the leader in the race to host next March's AAC Tournament.

Only three players at the NBA Draft combine finished in the top 20 of each of the six main drills: Tim Hardaway Jr., Isaiah Canaan and Peyton Siva. 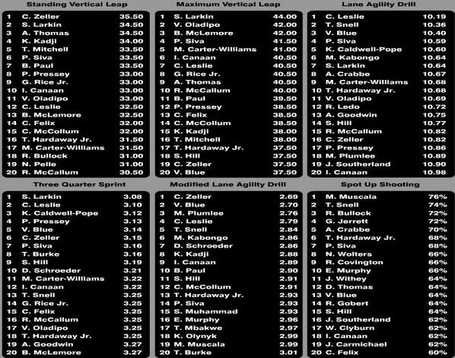 It was a performance that suddenly has Siva popping up on a number of mock drafts, including at pick 52 on the latest mock from Draft Express.

In case you missed it over the weekend, the Louisville softball team suffered yet another regional tournament disappointment, falling 7-4 to UAB and then 19-2 against UCLA on Saturday. The 19 runs allowed were the most in the history of the program.

Still, it was yet another terrific season for Sandy Pearsall's bunch, which is bound to break through into the super regionals at some point in the near future.

The Larry O'Bannon Foundation - started by former Louisville basketball player Kendall Dartez...I'm just kidding, it's Larry O'Bannon - has some exciting events planned for this summer. Be sure to give the foundation a like on Facebook.

The U of L alumni association is putting together a 5K run/walk in an effort to raise money for scholarships and programs to benefit students at U of L. Here are the details:

This Memorial Day Weekend the UofL Alumni Association Run for the "L" of it 5K Run/Walk returns to 4th Street Live! The run will take place Saturday, May 25th at 8:00 AM All ages are welcome to participate and prize will be given to winners in multiple age and gender groups.

Race packet pick up is on Friday, May 24th at the University Club and Alumni Center, on the Belknap Campus of the University of Louisville. Pick up time is between 10:00 AM and 7:00 PM Packets can also be picked up on Saturday morning, May 25th at Fourth Street Live beginning at 7:00 AM.

Quick story from over the weekend when I showed up to work this charity golf scramble. So I tell them I'm a pro jock, and who do you think they give me? The Dalai Lama, himself. Twelfth son of the Lama. The flowing robes, the grace, bald... striking.

So, I'm on the first tee with him. I give him the driver. He hauls off and whacks one---big hitter, the Lama---long, into a ten-thousand foot crevasse, right at the base of this glacier. Do you know what the Lama says? Gunga galunga... gunga, gunga-galunga. So we finish the eighteenth and he's gonna stiff me. And I say, "Hey, Lama, hey, how about a little something, you know, for the effort, you know." And he says, "Oh, uh, there won't be any money, but when you die, on your deathbed, you will receive total consiousness." So I got that goin' for me, which is nice.

SB Nation hands Louisville the "You Don't Need the Help" award for its 2013 non-conference football schedule.

Kevin Ware spending some QT with Scar without the aid of crutches. 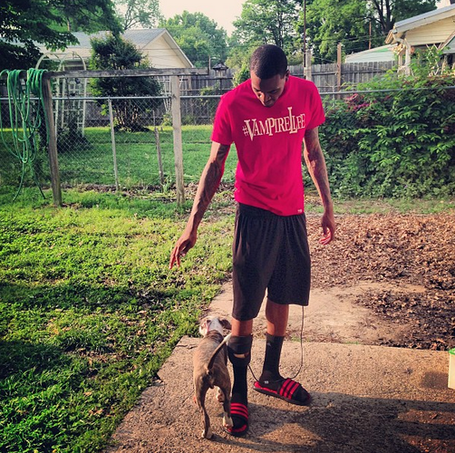 The Neutral Zone's annual half-off sale began today and runs through May 26.

Five least favorite songs of all-time (off the top of my head):

Terrence Williams speaks (or types) out about his recent arrest:

A Million Stories Not One Thats TRUE.....Thanks To Those That Continue To Support Through Devil Testing Times...Those Thats Negative..THANKS

Updated Heisman Trophy odds from Bovada have Teddy Bridgewater tied for the fourth choice at 12/1:

Someone send word to Lexington that the twins already have a national championship. 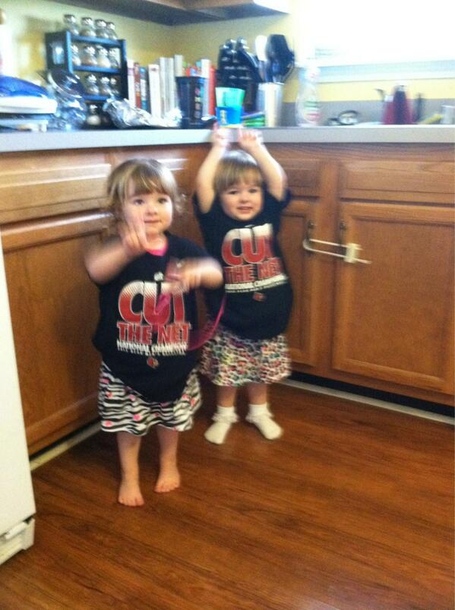 Four-star linebacker Kendall Joseph has announced that he has narrowed his list of potential schools to Louisville, Clemson and Duke, and that he will be committing on June 17.

Word is that Jared Swopshire is returning to Louisville and will serve as an assistant coach for the varsity team at Christian Academy in New Albany next season. Oh yeah, definitely.

Jody Demling writes about the importance of Cole Sturgeon, who both pitches and plays in the outfield for Dan McDonnell's Louisville baseball team.

This is the only way to do a proposal this summer. You can take or leave Aruba, but the Bird Mask is a must if you're hoping for a yes. 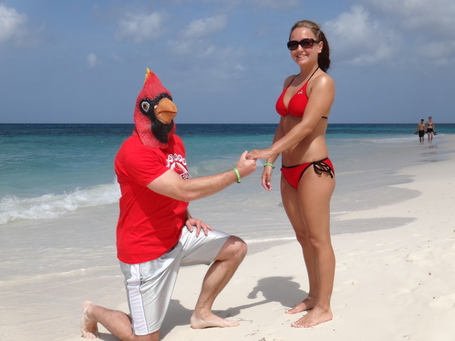 Congrats to Loren Stout (aka F.UR.M.) and his fiance.

Our man can coach a little bit.

Surprising stat: Since joining the Big East, Louisville has the same number of draft picks as DePaul (2).

Former Oklahoma State QB Wes Lunt will be visiting Louisville next week, and should be making a decision on his transfer destination soon after that.

And finally, Athlon asks (and then attempts to answer) the question of whether or not Louisville will go undefeated in 2013.