We already had the WWE World Heavyweight Champion (thanks for the correction, wrestling nerds) shoutout Louisville last month. Now comes the (late) news that U of L also had a prominent spot at the Super Bowl of professional wrestling, Wrestlemania.

It's been about a month but I went to Wrestlemania in New York a day before the Cards won the Championship and I handed out a sign and paid a guy to hold it up. He was in the 10th row and you can see it very clear. As soon as it was over, I drove 12 straight hours to ATL to witness the greatness in person. I hope the Card Nation grew a bit that night figuring several million people from around the world watch Wrestlemania. GO CARDS!!!

And here's the proof: 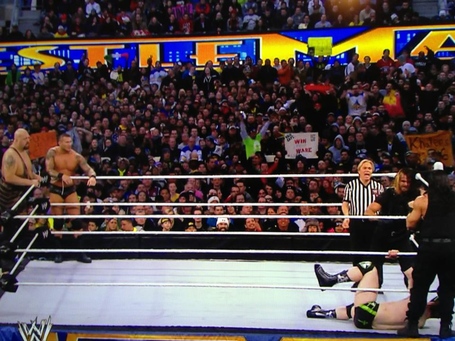 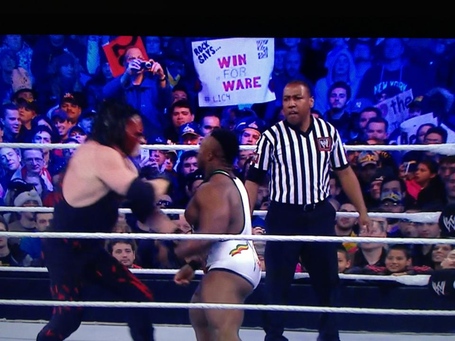 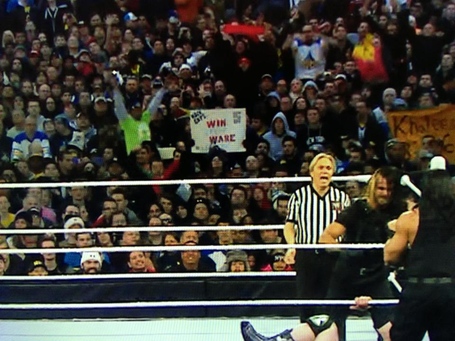 Kevin Ware and Scar in a tag team showdown against the Bushwhackers next March.