Members of the U of L and Bellarmine music departments deliver the most cultured news and notes picture of all-time from the Bach statue in Leipzig, Germany. He was a fan.

The Cardinal bird head is set and the new field is looking pretty spectacular. 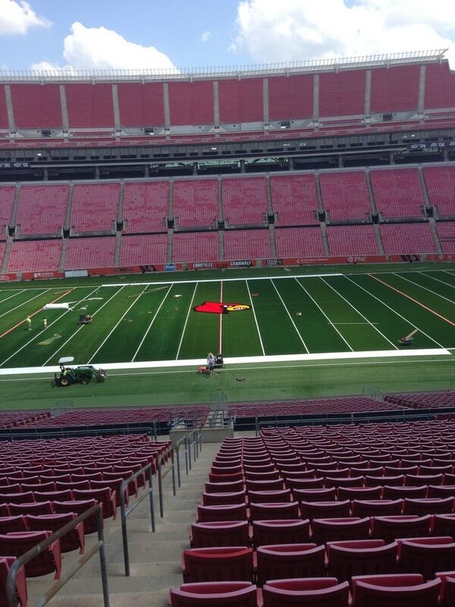 Pray to God you don't step on that bird head.

Also of note is this time lapse video of the turf being laid inside PJCS.

Siva (the horse) went off as the favorite and finished dead last today at Churchill. Our Thoroughbred Racing Correspondent, Carly Kaiser, saw him earlier in the day and said he was being "a real dick," and predicted that he might not run very well.

The national championship barely makes up for this.

I was trying to think of the worst possible horse names Pitino could come up with former players. I ended up with "On a Bender," "Dealing Carlos" and "Missed Dunk Lorenzo." It's harder than you'd think to come up with a suitable horse name for Joseph N'Sima's free-throw style.

Gorgui Dieng was at Churchill Downs this morning making his case for getting the ride on Goldencents this Saturday (via Jody Demling). 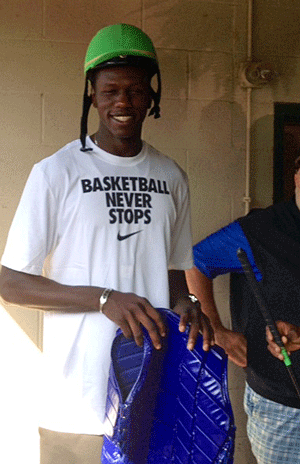 Seriously, tell me there's a better person on this planet. That's not a request, it's a f---ing challenge.

I pray that at least a few of you are on the Bob's Burgers train with me.

Eric Crawford's latest profile of a champion is on none other than Mr. Stephan Van Treese.

A few more shots from the backside this morning (via Ms. Kaiser). 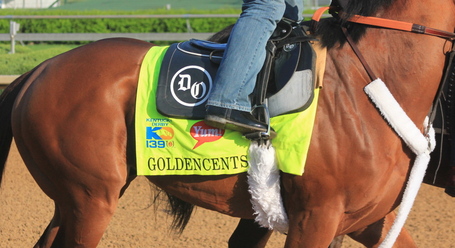 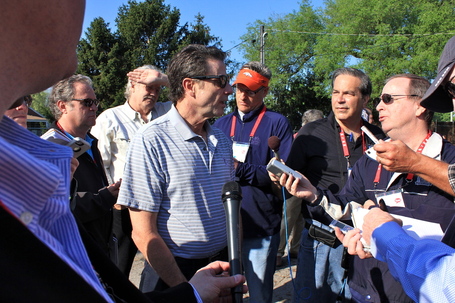 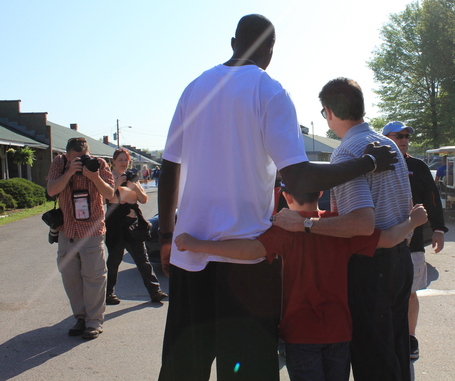 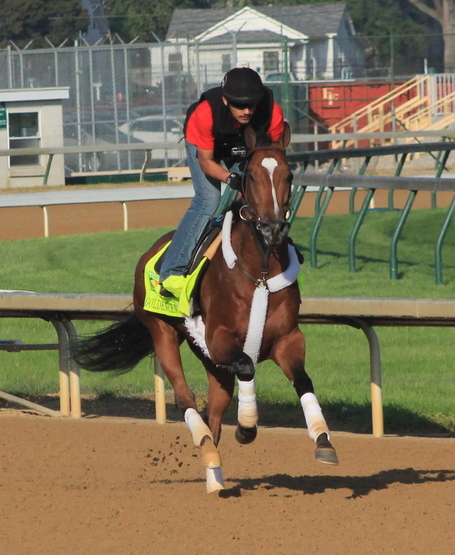 The horse will be breaking from post position No. 8 on Saturday, which is a very good place to be.

ESPN ranks the top 100 incoming freshmen in college basketball, and has Anton Gill at No. 48 and Akoy Agau at No. 75. I'm assuming the omission of Terry Rozier is due to the fact that it was assumed he would be a freshman last season before he failed to qualify.

Kentucky's full 2013-14 basketball schedule is out, if you're into that sort of thing.

On a related note, I've become a big fan of complimenting trash-talking UK fans in their 2012 champions shirt on their "vintage" and "throwback" clothing. And when I say "become a big fan," I mean I've done it once. Went with "vintage," but rest assured that I've got "throwback" just waiting in the wings right now.

Tell me there's something about this picture that you don't enjoy. 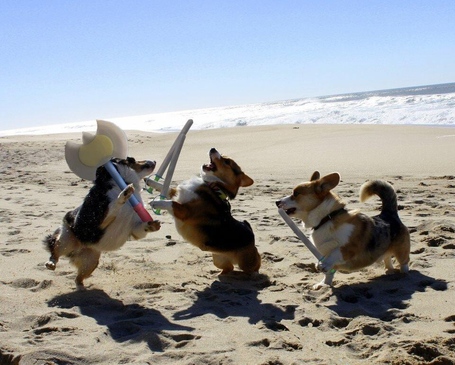 Andrea Adelson writes that Louisville has won big under Charlie Strong despite a very little amount of success on NFL Draft weekend. Expect that to change next year.

A cool video from a student at KCD about how he made a digital painting of Kevin Ware.

I also love Rick Pitino saying that he'll be watching the race "on his 17th mint julep."

I've always dreamed of being able to buy a Derby horse with my friends and then turning our owner's box into an absolute sh-t show on national television (lots of beer showering) if it won the race. It sounds like Pitino and company could make that dream their own reality on Saturday. Seriously, that would be an incredible post-race interview.

Really enjoying that there's a shot of my open backyard gate popping up on Google News right now. 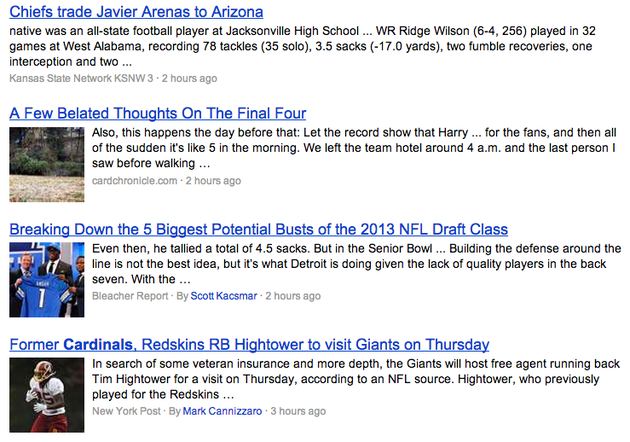 CBS is the latest to anoint Russ Smith as an early first team preseason All-American.

And finally, I'm back on the radio tonight from 6-8 on ESPN 680. Listen live on the air or anytime on ESPNLouisville.com.