Share All sharing options for: U of L Signee Chris Jones Named National Player Of The Year

U of L signee Chris Jones has been named the NABC Junior College National Player of the Year.

Jones, who is set to arrive at Louisville in late May and will begin classes in June, averaged 21.8 points, 5.1 rebounds and 4.2 assists per game this past season for Northwest Florida State. He led the Raiders to the national title game in each of his two seasons there.

The likely successor to Peyton Siva at the point guard position, Jones is also a two-time first team National Junior College Athletic Association All-American, and a two-time Panhandle Conference Player of the Year. He is considered a five-star prospect, although JuCo signees are typically not figured into recruiting rankings. 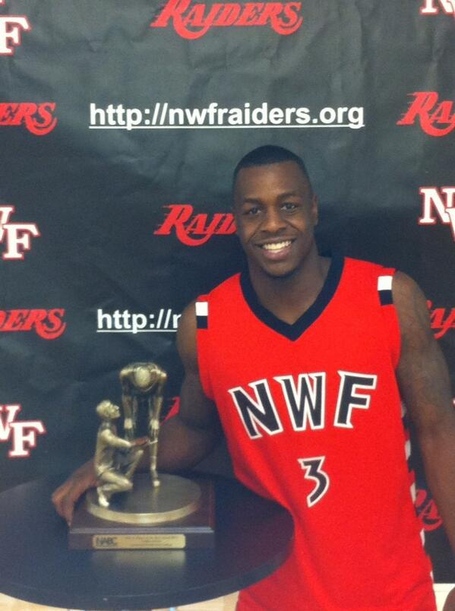