While the rest of us searched for something we hadn't seen on Redbox or got predictably over-served at a local watering hole, Kevin Ware was spending his Saturday night brushing shoulders with President Obama and a star-studded guest list at the annual White House Correspondents' Dinner.

Ware was a guest of CNN, and appeared on the network for an interview before the event got underway. He also looked damn good doing it. 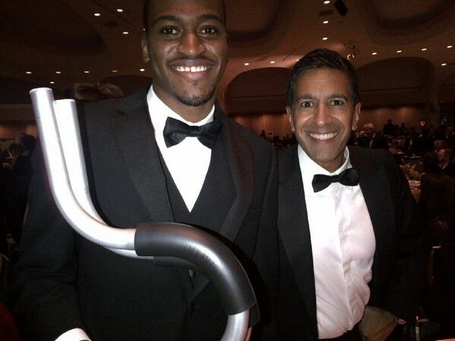 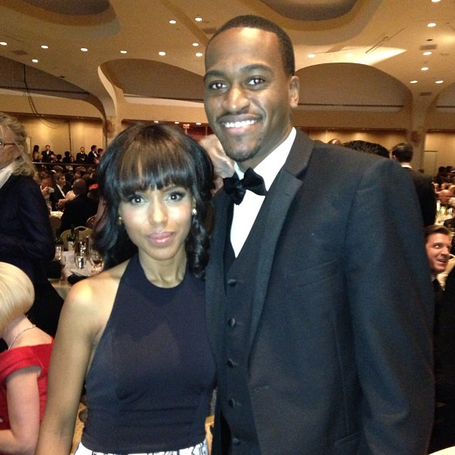 And with Piers Morgan: 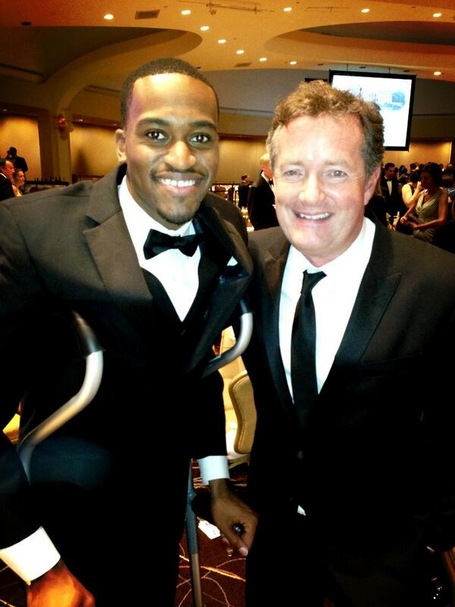 The man cleans up nice.

Congrats to Kevin, who continues to be a terrific representative for Louisville basketball and the university as a whole during his time in the spotlight.