Share All sharing options for: Rick Pitino Has Gotten His Championship Tattoo

Rick Pitino has followed through on the promise he made to his team three months ago...and it's glorious. 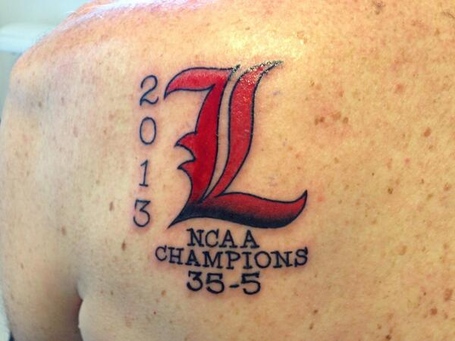 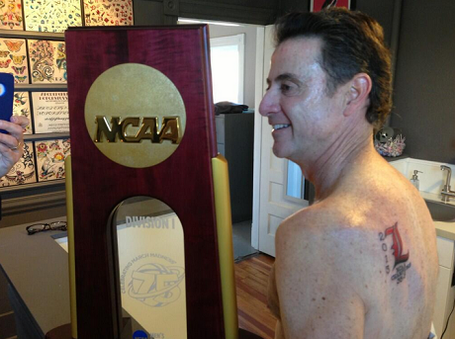 Pitino told his Louisville team after a five overtime loss to Notre Dame on Feb. 9 that he wanted them to win the last seven games of the regular season, then the Big East Tournament title and then the national championship. When the Cardinal players responded by asking if the coach would get a tattoo if it happened, he promised that he would.

It's been pretty clear over the past year just how much this group has meant to Pitino personally, but obviously this is pretty much the ultimate proof.

Louisville Rick is the best Rick.