Y'all heard about Russ? Are you excited? I'm excited.

Russ' announcement produced the expected celebration from Louisville fans, but it also caused a veritable eruption amongst the Lexington Basketball Academy boosters.

Expect more of the same for the next several months, as the U of L/UK rivalry will likely be the dominant storyline (Goodman) in college basketball heading into next season.

Finally, we've got what we wanted. Kentucky vs. Louisville. The top two teams in the land. That's the way it'll likely begin the season -- and it could well be the way it ends at Cowboys Stadium on April 7, 2014.

Now it could certainly change if Kentucky does land Wiggins, but at this moment, there's comparable talent.

Andrew Harrison or Chris Jones? I'll give Harrison the edge, but not by much.

Aaron Harrison or Russdiculous? I'll take Smith in that one.

The duo of Poythress and freshman James Young against the twosome of Hancock and Blackshear? It's close, but I'll go with the Cards wings.

Julius Randle and Wiltjer vs. Behanan? Not a no-brainer, but I'll take Kentucky in that one.

Between this and Mark Stoops getting BBN all fired up about football, this is likely going to be as contentious a summer as we've ever see in the Commonwealth...and that's saying something.

Gary Parrish of CBS says that he isn't sure Russ Smith can improve his NBA Draft stock with another season in college, but that doesn't mean he thinks he made the wrong decision.

Just a quick word on the Kentucky reaction to the Russ Smith news.

I try with equal amounts of strength to avoid mass UK fan sites and generalizing entire groups of people, but I've been emailed or tweeted so many links to threads and comments today that it's made accomplishing either of those goals extremely difficult.

While I'll be the first to admit that UK's 2013 recruiting class is, at worst, one of the three best of all-time, I'm blown away by the amount of "history is our only competition" and "Kentucky will be in a class by itself next season" comments.

Would put UK in class of its own next year followed by Duke, Zona, Mich St, Michigan. UNC if they get Wiggins in that tier. Then UL & others

So that got a lot of feedback. I will concede Top 15-20, beyond that, don't know. Not going to underestimate how Siva made them go.

Did none of these people watch basketball last season?

Remember one month ago when Kentucky fans were admitting that not having an established veteran who had proven himself at UK was the main thing that plagued the 2012-13 team? What has changed since then? Do you think Julius Randle is going to go extra-hard during a rebounding drill because Kyle Wiltjer yells at him? I'm not sure Julius Randle is going to leave Lexington knowing who Kyle Wiltjer is.

The increase in talent between Calipari's top-rated 2012 class and Calipari's top-rated 2013 class is extreme, there's no question about it, but you can't just completely disegard the severity of last season's drop-off. It's not like Kentucky was a preseason No. 3 that wound up being a five seed which went down in the Sweet 16. This was a preseason No. 3 team that went to the NIT and was beaten by Robert Morris in the fist round. How anyone can brazenly be discussing the possibility of going undefeated and winning 40 games when their established Achilles Heel from that disaster is still firmly in place, I don't know. I'm not sure if it's an attempt to overcompensate for what happened over the last three months (both with their own team and their arch-rivals'), but it's awfully hard to comprehend.

Should Kentucky fans be excited? Absolutely. Do the Wildcats deserve to be No. 1 heading into next season? I think when the offseason dust settles they'll have as valid a case as anyone. Does it make sense for Big Blue Nation to be completely dismissing Louisville as a threat and viewing a national title in 2014 as a mere formality? It makes absolutely none.

The Cardinal baseball team took one on the chin last night, falling at home to rival and third-ranked Vanderbilt, 10-2. Louisville will look to end a three-game slide on Friday at 6 p.m. when they host Georgetown for the first game of a weekend series.

The folks over at The Sporting News ranked every football coach in Division-I and wound up with Sir Charlie Strong at No. 20. Interesting to check out who's just below him on the list.

A big thanks to all those who donated to Luke Hancock and SVT's "Shave for Life" event and to those who packed the Red Barn this evening. Together we raised just under $7,500 for the American Cancer Society.

The beard is dead. Long live the beard. 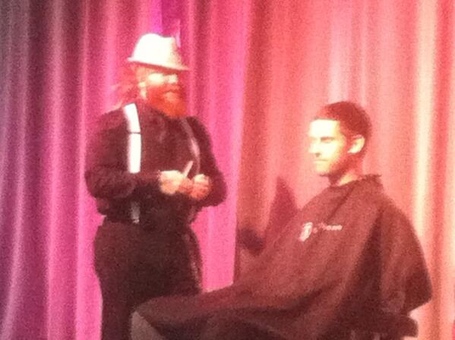 Just gonna say what we're all thinking: I need details on the shaver, and I need them as soon as possible. Not convinced a "shave Luke's shaver" fundraiser couldn't outdraw the original. 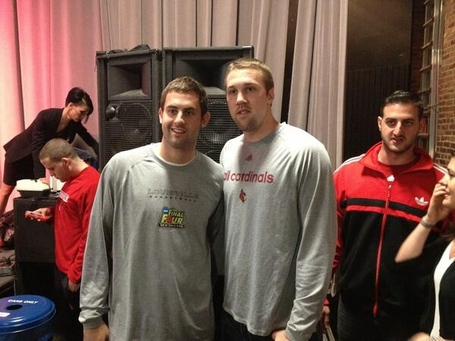 Eric Crawford has a nice profile of Russ that is part of an e-book he'll be releasing next month on Louisville's 2013 national championship.

This isn't ordinary for a defending national champion.

So we've got that going for us, which is nice.

Even the U.S. Postal Service is celebrating Louisville's national championship.

I'm not gonna make a Newman joke. I want to, but I'm not going to do it. Only because I can't think of a good one.

I think the Capital One Cup utilizes a flawed system (basically, there's no difference between being No. 6 in a sport and No. 306 in that same sport), but this is still pretty cool:

The Cardinals skyrocketed to third after earning 60 points toward the Capital One Cup during the winter championship season for bringing home the basketball championship.

The lady Cardinals earned 30 points for their top 10 performance in basketball, as well.

Only five other schools have both their men's and women's athletic programs ranked in the top 15 in both Capital One Cup standings.

I'm not entirely sure what this is, but I'm starting a petition to get it its own exhibit at the Louisville Science Center. 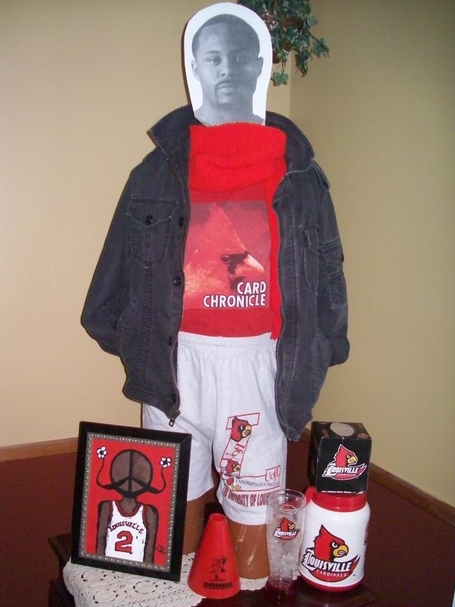 There's just so much--this really needs its own post.

Rick Pitino can do no wrong right now.

The home, which had been listed under the name of Pitino's wife, Joanne Pitino, was purchased April 19 by Steven McCormick and Patti McCormick, according to county land records. The purchase price was $1.7 million.

I've joked about it, but I'm legitimately worried about the amount of coin that "5 Drink Mike Rutherford" is going to lay on Goldencents in 10 days.

Five-star class of 2014 guard JaQuan Lyle of Evansville will receive an in-home visit from Rick Pitino on Wednesday. Lyle is a 6'5 combo guard who could be the perfect compliment to Ballard PG Quentin Snider in a couple of years.

What did you think about some of the reaction on Twitter? Were there some Louisville fans that got upset about it?

Yeah, it was some Louisville fans making message boards about how I'm disrespectful and childish, and I just think that's childish about how grown me are talking about this high school kid wearing this college shirt to school. I didn't really paid no mind to them, but I was just stating my opinion about how they feel about it. It didn't change my mind about Louisville or anything. ... I still have a lot of interest in Louisville and Kentucky. It's not going to change my mind that a few fans have their opinion because everybody is entitled to their opinion yet.

The eighth-ranked Louisville softball team will look to extend its 16-game winning streak by sweeping the regular season series with Kentucky tonight in Lexington. First pitch is set for 6 p.m.

Mick Foley, your thoughts on the Russ news? 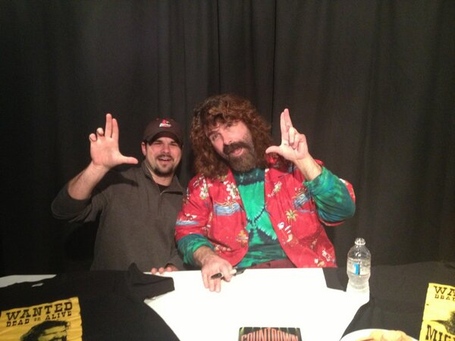 Not to be overlooked today, Jeff Walz landed yet another huge commitment for the women's basketball program.

And finally, I'm back on the radio tonight from 8-10 talking about the past month, Russ' decision and how important a simple wave from your car to your neighbors can be. Sometimes it doesn't take much to brighten the day of a person you hardly know. Never forget that, guy three houses to my right who is too old to be wearing Nike shorts that baggy.

Listen live on ESPN 680 or anytime on ESPNLouisville.com.