So my family will soon be welcoming a new addition, a black and white female Parti-Labradoodle. I'd love nothing more than to give her a name that somehow celebrates the awesomeness of our third national championship. I'm including her pic for inspiration.

Please be creative, the sneakier the better, as, at least initially, I'm encountering resistance from the no-good ingrates that I took along with me to the national championship games. Maybe next year I'll take (*). 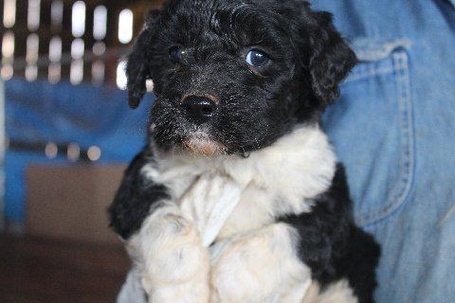