I'll have an extended take on Kevin Ware's injury and the incredible response of his teammates in the morning, along with a detailed description of the injury and its ramifications from Dr. Sameul Carter. For now, though, let's get to the most important piece of news from tonight.

U of L has announced that Ware underwent successful surgery Sunday night to repair the open fracture of his right tibia that he sustained in the first half of Louisville's win over Duke in the Midwest Regional final. Ware had the bone reset, and a rod was inserted into his leg during an operation that lasted about two hours.

"It's an injury that needs to be dealt with in a swift fashion due to the fact that it was open, and there are infection concerns, and then obviously you need to stabilize that fracture," U of L trainer Fred Hina said. "One thing you have to establish is, is there circulation below the fracture. Did he disrupt any arteries or veins? Once we establish that, it's stabilizing the fracture as tight as we can so that it doesn't move."

No timetable has been given for Ware's potential return to basketball, although most medical experts who have been reached for comment have said it's hard to envision him returning to form within the next year.

While recovering in the hospital, Ware was able to spend some time with the Midwest Regional championship trophy. 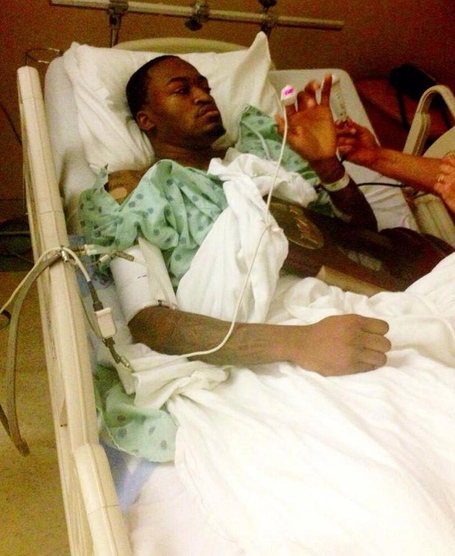 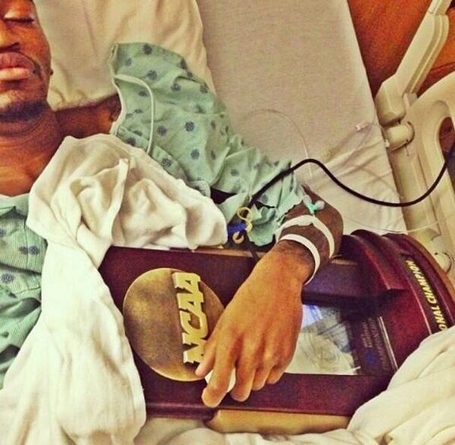 Ware's also hoping to be able to travel with the team to Atlanta - his hometown - where they'll look to bring home another trophy for their injured teammate.