The Top 20 Gorguis Of All-Time

Share All sharing options for: The Top 20 Gorguis Of All-Time

I'm still not there yet, but I'm trying, so we're going to stick a toe into the endless pool of freezing water that is Gorgui Dieng leaving Louisville by piggy-backing off of this post from last year and addressing the top 15 Gorguis.

Try and smile because it happened and not sob like a three-month old alone and terrified because it's over. 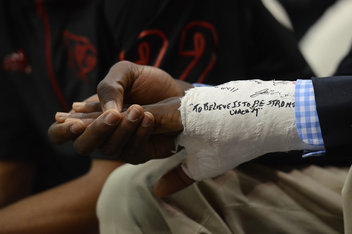 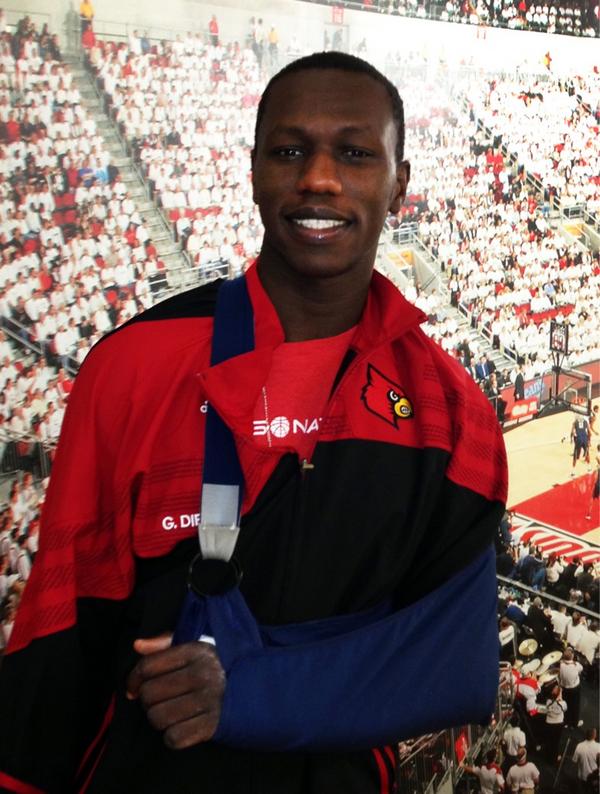 It was no laughing matter at the time, but somehow Gorgui managed to make it look cool. I still havent ruled out wearing a wrap on my left wrist during the postseason. 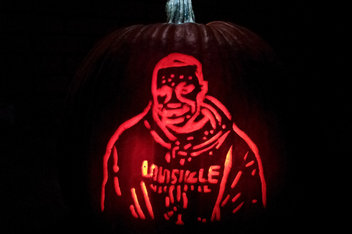 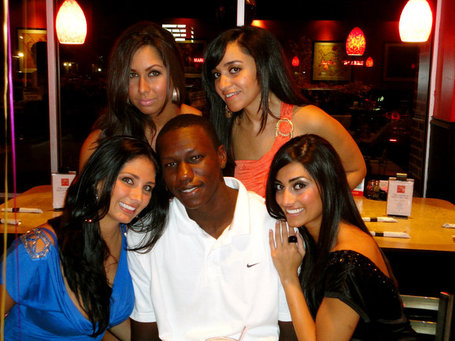 My sister's taken, but I'm still trying to figure out a way for Gorgui to marry into my family. Hopefully he'll wait for one of my 27 daughters to turn 18. 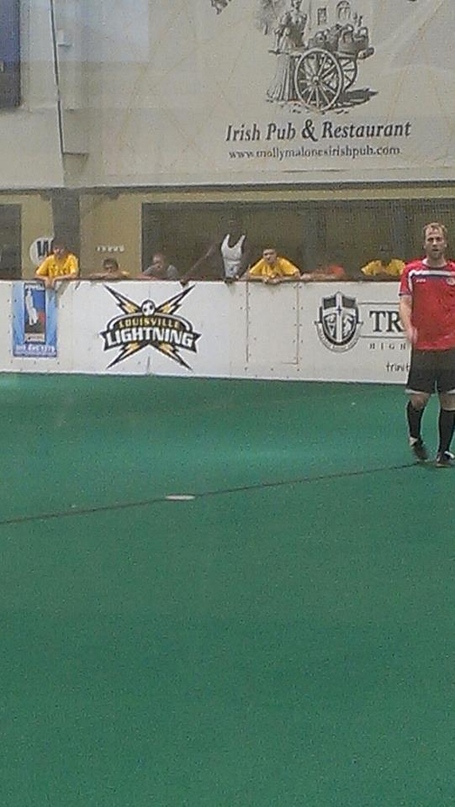 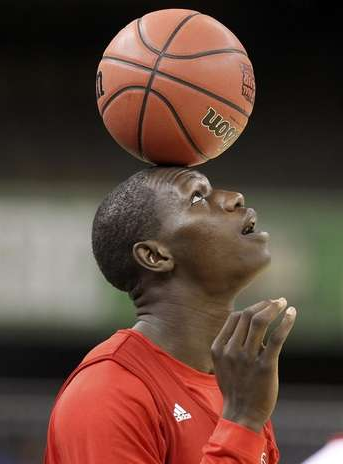 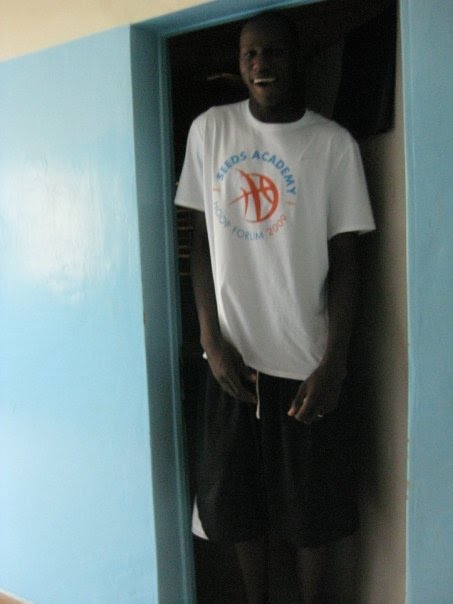 Not his best game. 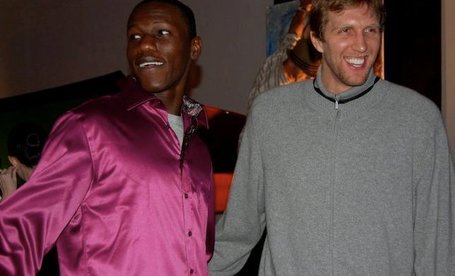 We all know Gorgui's a laid back dude, but when he does go out he's rolling with silk shirts and NBA All-Stars. That's what Gorgui does. 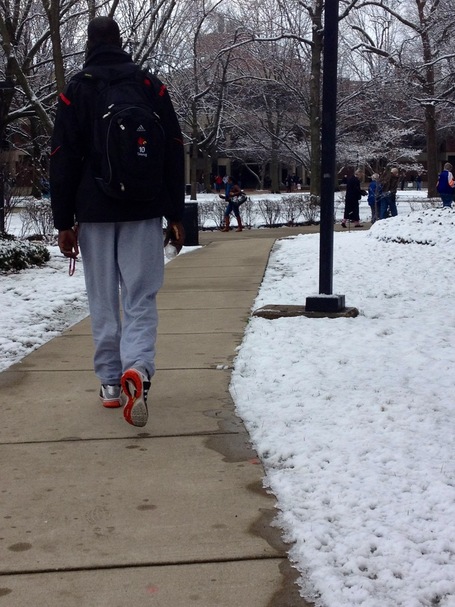 Yes, the news­pa­pers were right: snow was gen­eral all over Louisville. It was falling softly upon the KFC Yum Center and, fur­ther west­wards, softly falling into the dark muti­nous Ohio River waves. It was falling too upon every part of the lonely arena where Gorgui Dieng's college career lay buried. It lay thickly drifted on the Final Four ring and the single-season blocked shot record. His soul swooned slowly as he heard the snow falling faintly through the uni­verse and faintly falling, like the descent of their last end, upon all the liv­ing and the dead. 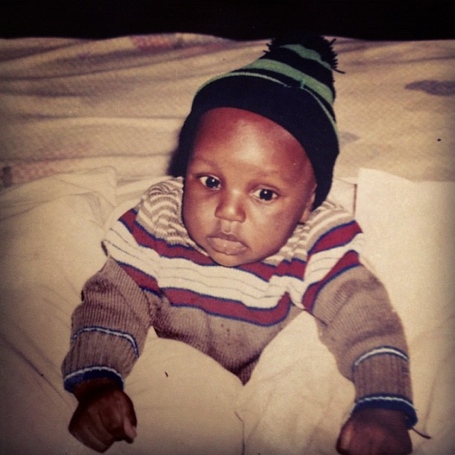 An Internet treasure and one of the most successful game thread images of the 2012 Cardinal football season. 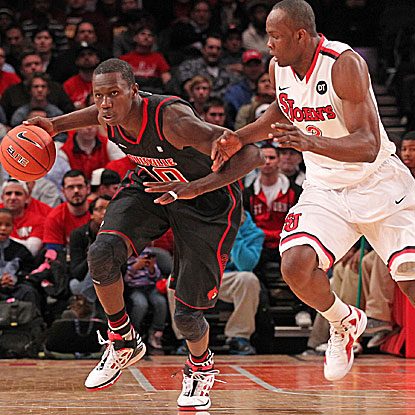 Not seen often, but when he does, he certainly makes an impression. His most notable appearance came, appropriately enough, during the final 20 seconds of what would prove to be the final DePaul Day.

*Walks into the shower. Turns on cold water.* 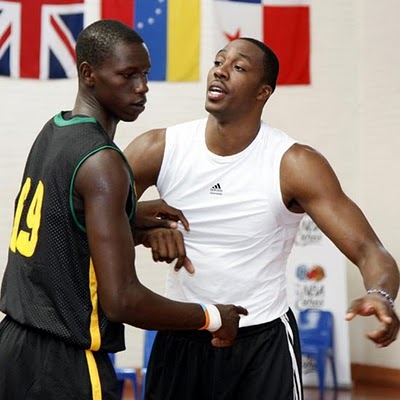 Give it a few years and it might be "Matches Up Favorably Woth Dwight Howard Gorgui." 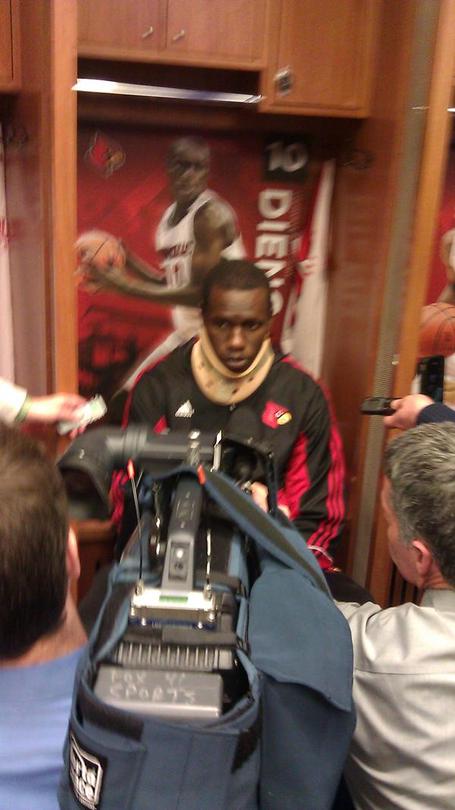 This was one of the bottom five Gorguis when it happened, but let's be real, it's kind of hilarious now. Gorgui shows up to the AllState Arena in a neckbrace, plays (and plays pretty well) in the game, then dons the brace once ore for the postgame interviews. 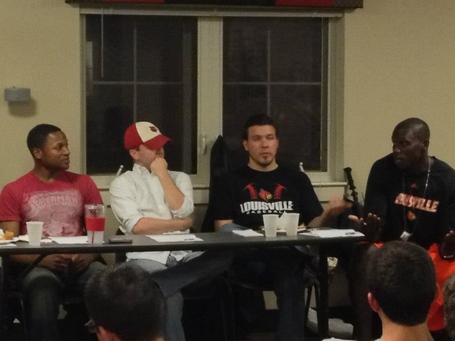 I sat like this during the entire discussion. Seriously Louisville's most interesting man. 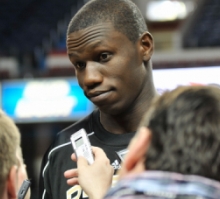 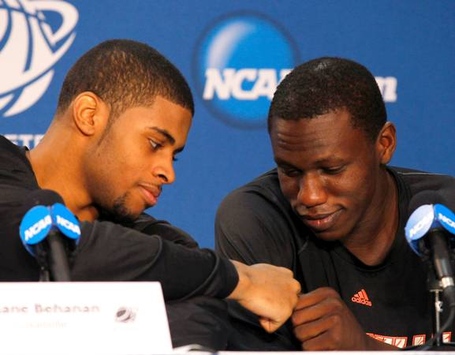 Because he likes Chane. Chane is very cool.

"Gorgui what do you miss most about home?' 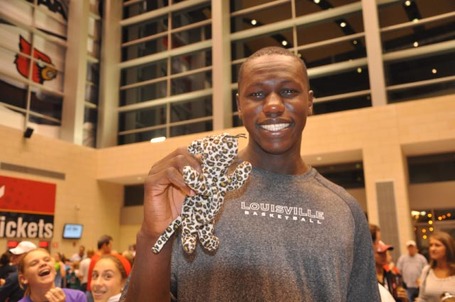 You may have heard that they found a cure for AIDS earlier this week. It was this picture. 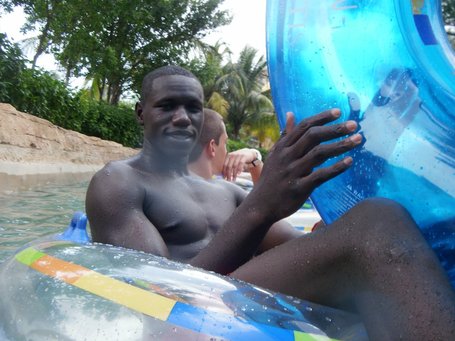 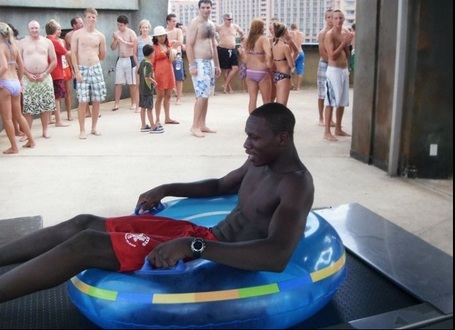 Gorgs just wants to have fun. That's all he really wants. Is some fun. 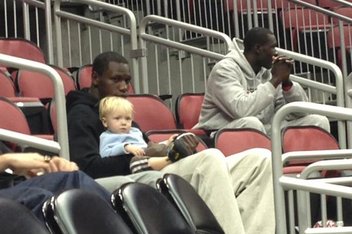 If there's been a better picture in the history of ever then I'd like to see it, and then I'd like to punch you in the jaw for foolishly showing it to me because it's not even close to being as remarkable as this one. 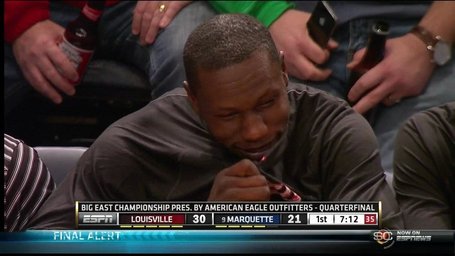 Still the best GIF of all-time. 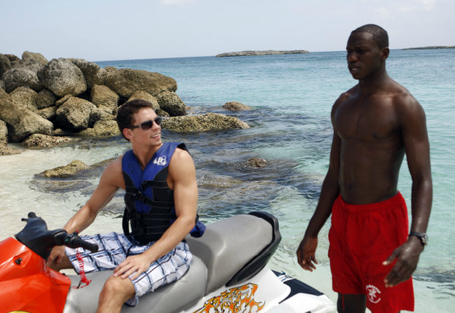 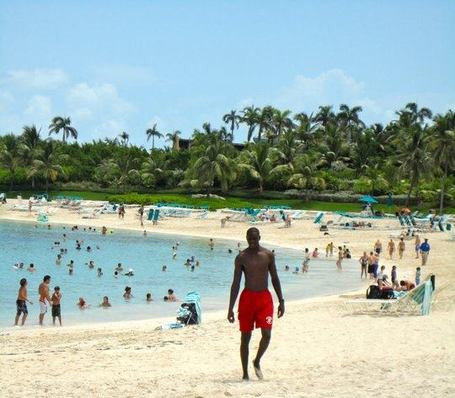 Pretty much the Gorgui that started it all, and the only one who can rightfully claim the top spot.

There are about 85 more Gorguis out there (Hipster Gorgui, anyone?), so feel free to share the snubs in the comments.