Sadie Mudd is locked in for March with her Charlie Strong sweatshirt. She's planning to grow into it by the spring game.

I'm just going to be straight up with you: I am not handling this Gorgui news well. I spent two seconds thinking about what features to do before his Senior Day and then I had to shut it down.

I'm not ready to process this yet.

Mick Cronin was extremely complimentary about this Louisville team and the U of L program in general following last night's 67-51 win.

Cronin took it a step further when asked what made Louisville's defense so much more effective than other teams'. 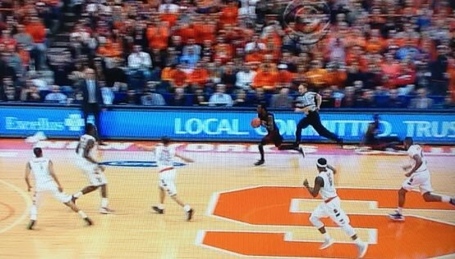 Yes, this was the play where he scored and got fouled.

Louisville's win over Cincinnati last night locked up a double bye for the Cards in next week's Big East Tournament, which means they'll take the court for the first time inside Madison Square Garden on Thursday.

U of L still has an outside shot at winning the Big East outright and earning the tournament's No. 1 seed, but they'd need to take care of business against Notre Dame on Saturday and have Georgetown to lose to both Villanova and Syracuse this week. The more likely scenario is that the Cards wind up as the two or three seed, which means they'll play in the night session (either 7 or 9:15) on Thursday, and then would play in the second semifinal on Friday if they make it that far. 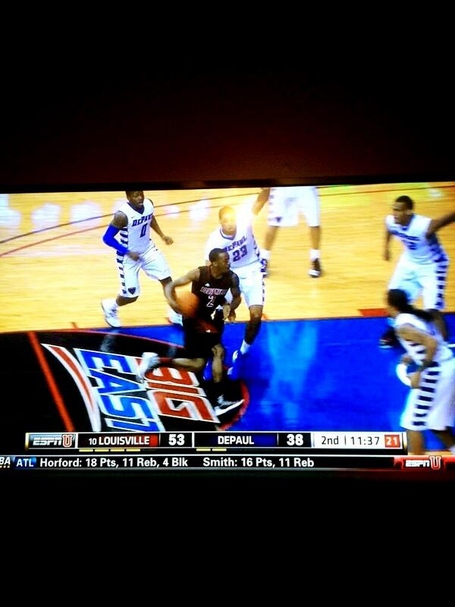 Charlie Strong has announced that three of Louisville's first spring practices will be free and open to the public. The Cards will hold open practices on March 20 and 22 at 3:45 p.m., and on March 23 at a time that will be announced on a later date.

The fourth-ranked Louisville baseball team saw its nine-game winning streak snapped with a 3-2 loss to Kent State on Sunday. The Cards (9-2) will play at Eastern Kentucky tomorrow before hosting a big three-game weekend series with Alabama.

The U of L Alumni Association will be hosting a pregame party at Prime Lounge on Saturday featuring an autograph session with Denny Crum and Darrell Griffith. 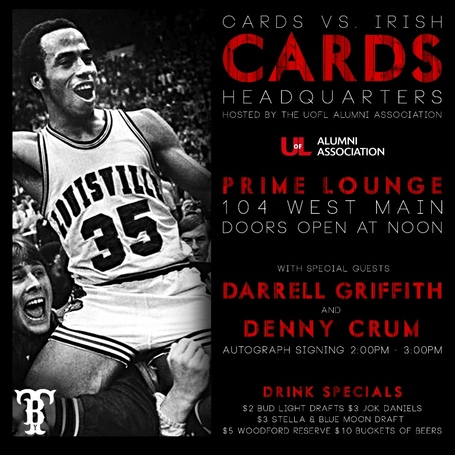 A group of heroes is attempting to make the dream of a Gorgui Dieng statue a reality. Check out "The Gorgui Project" for more details.

Nerlens Noel and I were both at Drake's in St. Matthews on Saturday. Only one of us was asked to take his hat off.

Bovada's updated Big East Player of the Year odds have Russ Smith as the 4/1 second choice, but that still puts him well behind 1/5 favorite Otto Porter.

Russ is no longer getting national Player of the Year odds. 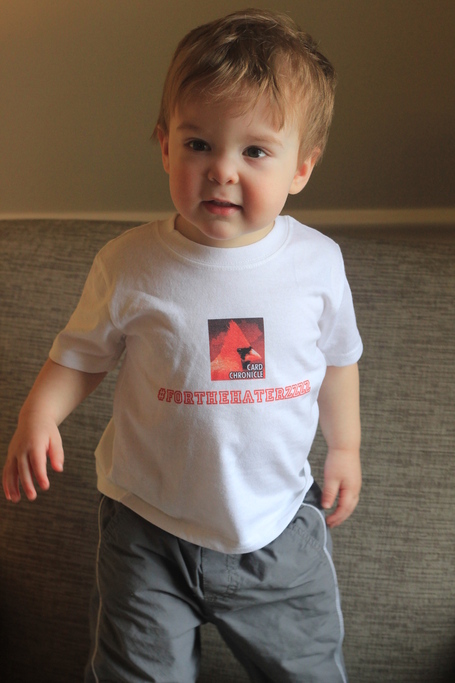 There's a lot of pride in that face...and on that shirt.

Stephen Godfrey has a terrific feature up on Bobby Petrino titled "Rediscovering a Football Mind." In it, Petrino talks a little about his time at Louisville and the mistakes he's made since. Jeff Brohm also makes a couple of appearances.

Despite falling at Syracuse last night, the Louisville women have earned the No. 4 seed in the Big East Tournament. The Cards will take the floor for the first time on Sunday in the quarterfinals.

If you missed Rick Pitino being honored for his 300th win at Louisville after last night's game then you missed him tossing out this gem: "There's nowhere, other than heaven, I'd rather spend 300 wins with than you people." 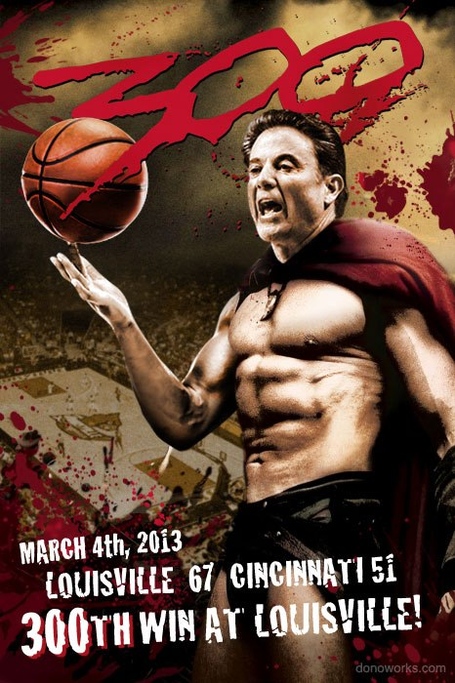 Like eating donuts, free gas, Cybil Shephard and Louisville basketball? Well as long as you're Ok with three out of four, this is your day./p> 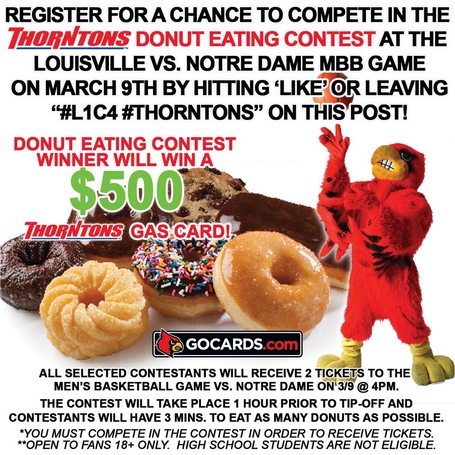 Register on the official U of L athletics Facebook page.

Congratulations to Russ Smith, who is one of 14 finalists for the Oscar Robertson trophy, which is given annually to the best player in Division-I.

ESPN recently ranked its top 75 NCAA tournament champions of the past 75 years, and has Louisville's 1986 squad at No. 56.

54. Louisville, 1986
Pervis Ellison will go down as the name from the 1986 Final Four. Ellison dominated his position with 25 points and 11 boards in the final over Duke. The Blue Devils had the better record and more name players -- with Johnny Dawkins and Tommy Amaker -- and this title game appearance began Duke's run as an elite program under Mike Krzyzewski. The Cardinals were more of a one-hit wonder in the mid-'90s with this title. Louisville was efficient and may not have had as many stars as Duke, but it didn't wilt under pressure. "Never Nervous Pervis" delivered when the game mattered most. -- Andy Katz

First of all, I think Katz means mid-'80s and not "mid-'90s." Assuming that's correct, how on earth does he get off characterizing a program that's known by most as "the team" of that decade as a "one-hit wonder?" That's beyond absurd.

This might be the creepiest CCBM photo to date, which is saying something. When you locate it, I think you'll agree. 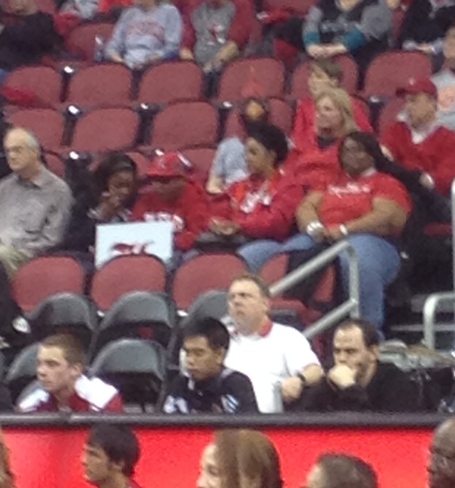 Congratulations to U of L commit Quentin Snider on leading his Ballard squad to the 7th Region title over the weekend. Snider and the Bruins will take on Johnson Central at 6:30 on Thursday in the first round of the Sweet 16 at Rupp Arena.

Louisville almost has geography on its side in its move to the ACC, as evidenced by these new shirts.

Speaking of new attire, the Cards' new postseason uniforms from adidas are already available at Dick's. 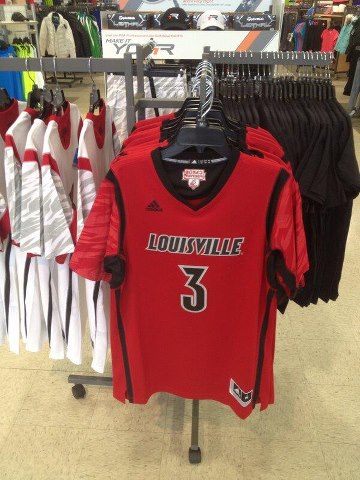 The shorts are also available for purchase.

SI examines the burning spring football questions for each team in the Big East.

One of my favorite CC photoshops in a long while. 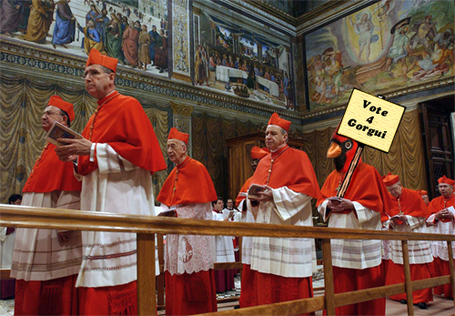 And finally, USA today takes a look at the growing possibility of Louisville earning a No. 1 seed in the big dance.