Share All sharing options for: Louisville/Syracuse By The Numbers

Louisville leads the all-time series with Syracuse, 14-7. After a seven-game losing streak, the Orange has won three of the last four meetings between the squads. Syracuse defeated the Cardinals, 70-68, on Jan. 19 in Louisville. The teams met again on March 2 in the Carrier Dome where Louisville posted a 58-53 victory.

Fittingly, Boeheim & Pitino to Close out the Lights on the Big East

For Louisville and Syracuse, championship game is truly a Big East 'final'

'Don't Get Your Hopes Up, But Don't Lose Hope In This Team' 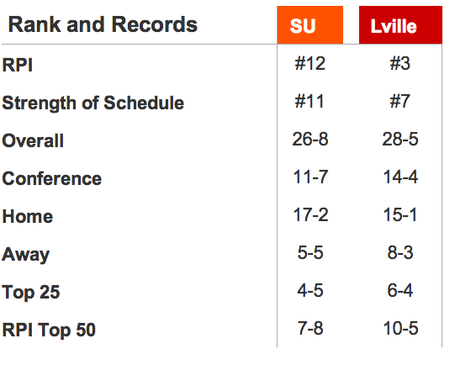 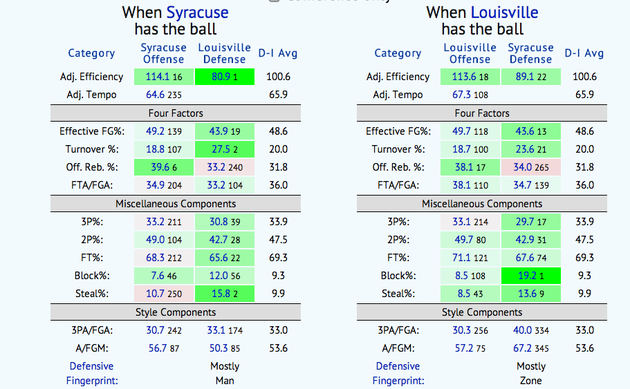