We're all familiar with the phrase "fan since birth," but it appears this young lady is throwing up Ls in the womb. You simply cannot...you must not...knock that level of hustle.

If you haven't seen it yet, I'm quite certain you'll enjoy Pat Forde's take on the differences between the Senior Days at Louisville and Kentucky.

This picture from GoCards.com is as close as we've come to a cure for world peace. 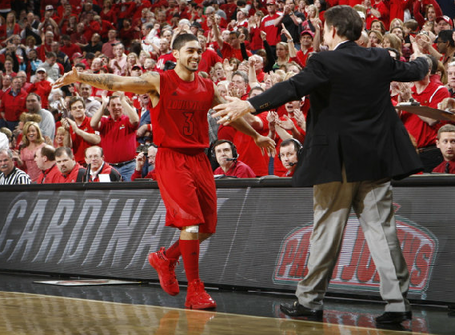 As huge a night as this is for Richard Pitino, it's also the spotlight moment for former U of L assistant Steve Masiello, whose Manhattan Jaspers will be taking on Iona for the MAAC title and a spot in the big dance. Te Gaels are led by former Arizona standout and (once upon a time) Cardinal commit MoMo Jones.

In all, four of Louisville's non-conference opponents - Manhattan, FIU, Charleston and Western Kentucky - will be playing for conference championships tonight. Not bad.

Big East Tournament bracket can you stare at all day tomorrow while you wait for The DePaul at 9 p.m.

Congratulations to The Based King on being named a third team All-American by The Sporting News.

The energetic one averaged 17.9 points per game for the Cardinals while remaining one of the peskiest defenders in the country (2.1 steals per game). The 6-foot sophomore guard, who sits atop the kenpom.com player of the year standings, cut back on the amount of plays that made Louisville fans want to pull their hair out-he didn't eliminate them, mind you-and has been a consistent producer for one of the country's elite teams.

Louisville is now listed as a No. 1 seed in about 68 percent of the mock brackets floating around the Internet.

There are obviously some extreme exceptions, but I think the scenario for the Cards at this point is fairly clear: Win the Big East Tournament and they're a No. 1 seed, anything else and they're a two seed.

The movement makes its way to the ceiling of Adobe Gila's in Orlando. 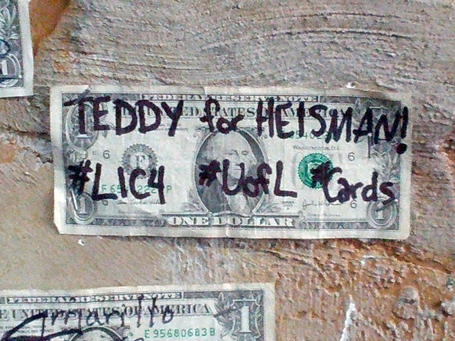 There are a number of events planned for you lucky SOB's headed up to New York for the Big East Tournament this week.

Despite being the No. 2 seed, odds makers have tabbed Louisville as the Big East Tournament favorite.

Fresh off a weekend sweep of visiting Alabama, the Louisville baseball team moved up a spot to No. 4 in this week's Baseball America Top 25.

Former U of L standout Wiley Brown and his IU Southeast squad are playing in their first-ever NAIA Div. II Final Four tonight at 9, and the Grenadiers received a special pep talk from Rick Pitino earlier today. 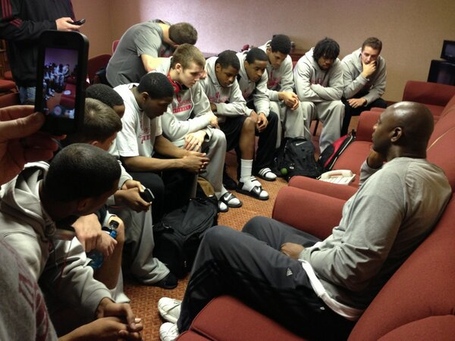 The Louisville women's team put away St. John's yesterday in the Big East Tournament quarterfinals behind Sara Hammond's 22 points and 11 rebounds, but they're currently having a little trouble with Skylar Diggins and Notre Dame.

Louisville sport are good, y'all.

I received this picture under the email title of "Ethnic Pitino?" and could not stop laughing. 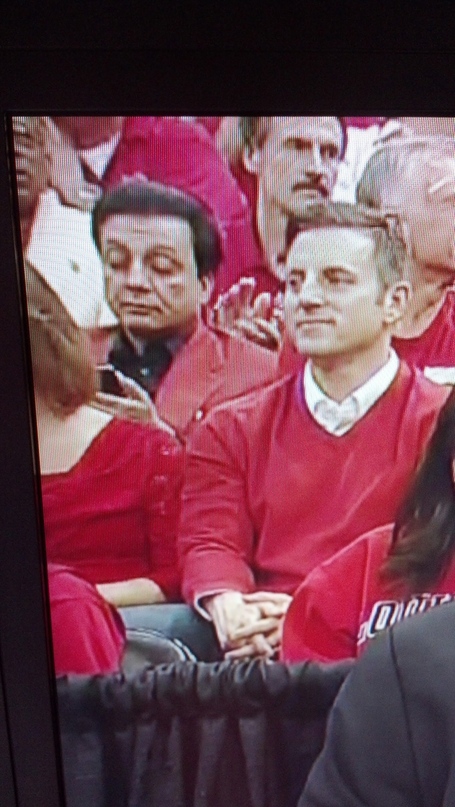 It's eerie, and I really want to know who this guy is.

If Louisville doesn't win the Big East Tournament and wind up as a No.1 seed, the odds are strong that the Cards will land in the same region as one-seed lock Indiana.

Georgetown, however, is a No. 2 seed. Hypothetically speaking, let's say that Georgetown ends up beating Louisville in the Big East title game, and the rest of the conference tournaments happen to play out such that the Hoyas jump up past the Cardinals for the fourth No. 1 seed while Louisville becomes the first No. 2 seed. If that were to happen, Louisville would be sent to Indianapolis as well, where, if chalk holds, they will be playing the Hoosiers in Lucas Oil Stadium for the right to play in the Final Four.

Louisville is an hour and 45 minutes from Indianapolis. Their fan base may not be as big as Kentucky's, but they are just as passionate and willing to travel just as far.

Which would mean that the Hoosiers, who could very well end up being the No. 1 overall seed, may be forced to play Louisville - a preseason top two team that has looked every bit the part of a national title contender all season with the exception of one three-game losing streak - in a game where their home court advantage would be drastically diminished. You better believe Cardinal fans would be showing up in droves for that game.

So think about that. The preseason top two teams, two favorites to win the national title, playing for the right to go to the Final Four.

That would qualify as a tough break.

That would be a really, really unfair move for the committee to make...for both teams.

Rick Pitino and John Calipari debate the merits of the one and done rule (sort of).

Last weekend saw the Louisville baseball and basketball teams put a beating on the two programs that me for the BCS national title two months ago.

My attire for the start of the Big East Tournament tomorrow. 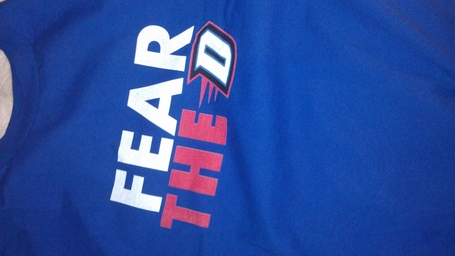 U of L commit Quentin Snider and his Ballard Bruins were beaten on a last-second three by Madison Central in the state championship game on Sunday. Snider will return for his senior season as the likely favorite to win Mr. Basketball.

And finally, it's the end of an era in New York this week.