National Signing Day is here again, the day when grown men spend 10-12 straight hours talking about the abilities and decisions of 18-year-old boys and then partake in a party to celebrate it all. It's a thing, and it's really, really popular.

As far as Louisville is concerned, here's what you need to know.

The Cards are expected to finish today with between 16-18 signed letters of intent. They already have a pair from JuCo quarterback Brett Nelson and Alabama defensive tackle Finesse Middleton. Then there are 14 other U of L commits who are expected to sign on to be Cardinals today.

Here's the list of the guys we know (or think we know) that will be a part of this class: 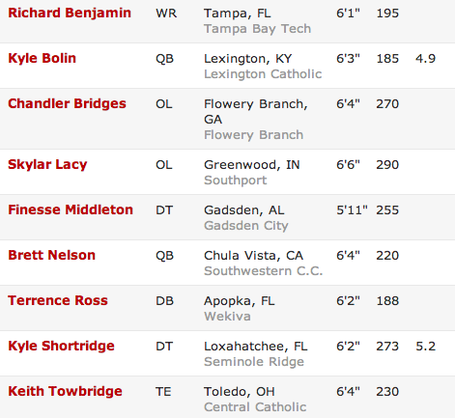 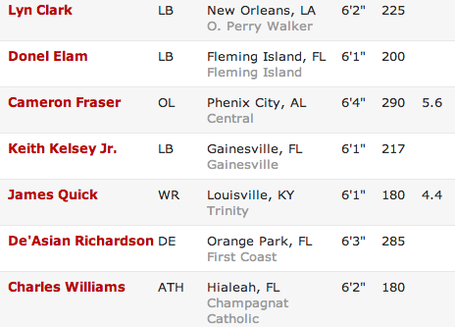 As far as what you need to be on the watch for, four-star linebacker Jermaine Grace out of Florida will be announcing his decision live on ESPNU at 2 p.m. Grace is expected to pick between Louisville and Miami. Also worth watching is four-star DB Lamar Robbins, who is committed to South Florida but may wind up being flipped to the good guys before the day is over.

We'll have updates in this stream throughout the day with all the major happenings.