Teddy Bridgewater's 2013 Heisman Trophy campaign began in earnest on Jan. 2, when he torched the vaunted Florida defense and led Louisville to a convincing Sugar Bowl victory over the No. 3 team in the country.

The hype has grown since then, and will only continue to grow in the succeeding months. Famed offshors sports book Bovada currently has Bridgewater's Heisman odds at 12/1, making him tied for the sixth-choice in the race.

Perhaps the best moment of Bridgewater's early campaign came on Saturday, when the following sign popped up in the...Northern Iowa(???)...student section during the Panthers' nationally televised game against Wichita State. 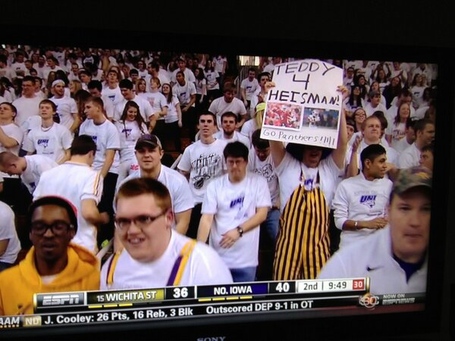 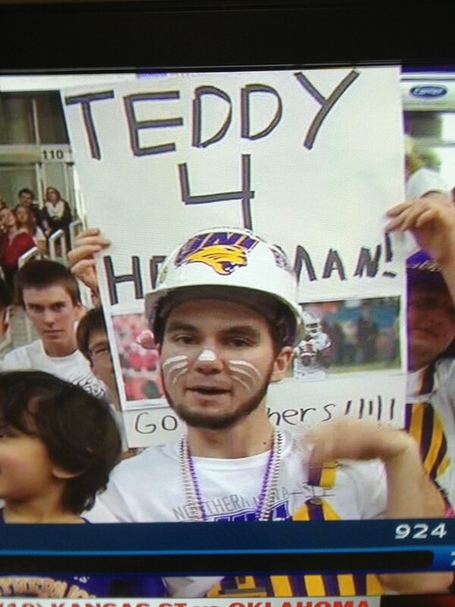 I've been informed that the man responsible for the sign is Ryan Patchett, a former U of L student who remains a loyal member of Card Nation.

We need more of this, and I think Ryan's heroic effort in the Missouri Valley should serve as a call to action. If you're an out-of-state Cards fan heading to a nationally (or even regionally) televised sporting event, by all means spread the Teddy 4 Heisman gospel.

Let's make sure we're doing everything we can to make the rest of the country appropriately aware.