Peyton Siva Sr. gets it.

Couple of things to look out for tonight:

2) Peyton Siva needs one steal to break a tie with Tick Rogers and move into third place by himself on Louisville's all-time list. He's just 10 steals behind all-time leader Darrell Griffith.

Congrats to U of L signee Chris Jones, who has been named Panhandle Conference Player of the Year for a second consecutive season.

"Chris's record as a starter in the Panhandle is 22-2 over his two seasons, and he has been a part of a lot of wins in one of the top leagues in the country," said NWF State head coach Steve Forbes, who also was named the league's Coach of the Year. "He deserves all the recognition he gets. He was the best player on the best team, and when you look at his scoring, his rebounding, his assists ... He did it all for us. He also made game-winning plays all season."

While his scoring numbers have been outstanding since his arrival in Niceville last season, the real value of Jones could be found in his leadership, particularly at the end of close games. Jones posted a pair of game-winning shots this season, the first a 75-footer at the buzzer to beat Lee (Texas) College in December and the second a game-winning 3-pointer at the buzzer to beat Pensacola State last week.

"I've always said that the biggest thing about Chris is his competitiveness," Forbes said. "He just refuses to lose. In our last swing around the conference, he probably made a play late in every single game to help us win."

Jones is averaging 23.0 points, 4.3 assists, 5.2 rebounds and 2.9 steals for Northwest Florida State this season. He recorded a triple-double (32 points, 11 rebounds and 10 assists) in his most recent game.

Louisville's win tonight will move it into a second place tie with Marquette, which knocked off Syracuse on Monday night. The Cards own the head-to-head tiebreaker with the Golden Eagles. Also of note is that first-place Georgetown is facing a tough test at UConn on ESPN2 at 7 p.m. A loss by the Hoyas would move Louisville into a three-way tie for first place.

Adidas continues to whore it up for retweets on Twitter while slowly revealing Louisville's postseason uniforms. 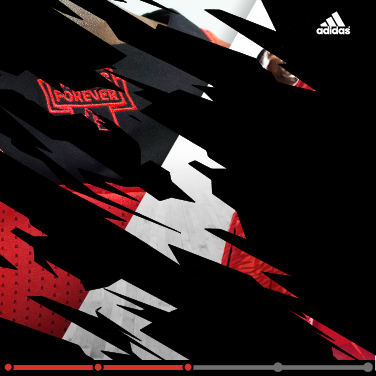 Just show us the damn uniforms.

Since joining the Big East in 2005-06, Louisville has won (including tournament games) 102 conference games. DePaul has won 28.

As expected, both Anton Gill and Akoy Agau will be participating in this year's Kentucky Derby Festival Classic.

Here are the full rosters: 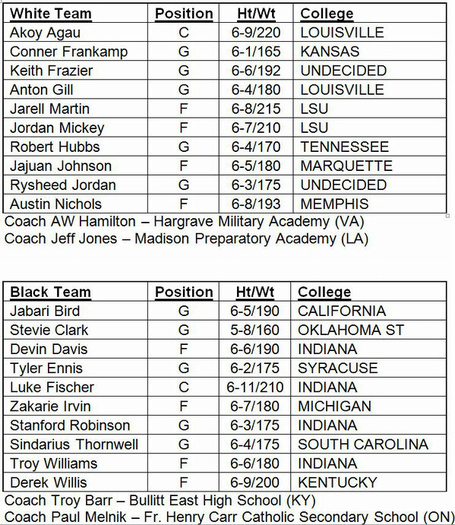 The full bracket for next November's Hall of Fame Tip-Off featuring Louisville and North Carolina has been released.

So as long as Louisville beats Fairfield and North Carolina beats Richmond, the two will be squaring off on Sunday, Nov. 24.

It'd be nice for that game to actually happen this time.

Teddy B on the front of ESPN.com's college football page. 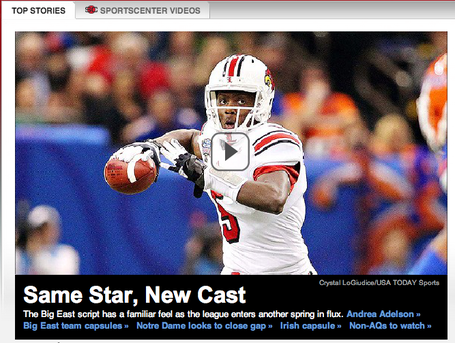 If you missed it earlier, the College GameDay spring bus tour is headed to Louisville. The other places it's going: Alabama, LSU, Texas A&M, Michigan, Michigan State and Notre Dame. Not bad company.

It's crazy just how much one win can affect a program. Pretty happy Northern Illinois qualified for the BCS.

The folks at the Louisville Cardinal say that the city of Louisville and the NBA are a perfect match.

Jody Demling gives you everything you could possibly want to know about Cardinal baseball in his weekly notebook.

Folks up North are awful excited about Saturday's game.

Ticket sales for Syracuse's game against No. 10 Louisville on Saturday at the Carrier Dome have exceeded 30,000.

And finally, in addition to DePaul Day, it's also Senior Night for the women's basketball team. Michael McCammon has a good story on senior Monique Reid. Best of luck to the ladies this evening.