The cover image counts as a bonus moment, but here are ten other events or moments that are forever etched in DePaul Day lore. 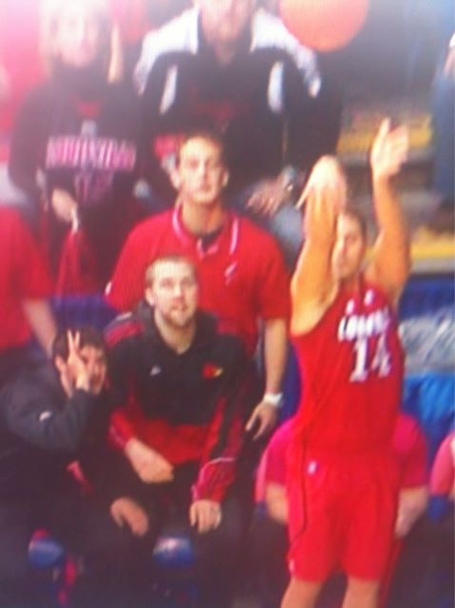 The inevitable DePaul Day II and D2: The Mighty Ducks parallels are made. 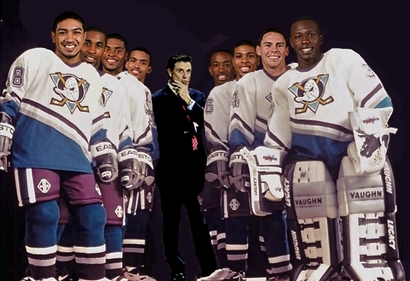 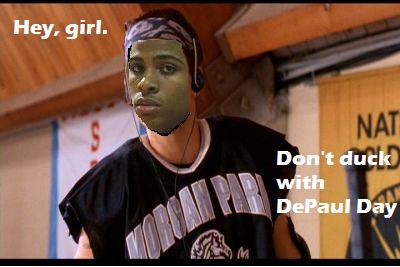 Wayne woke up, and the pain was gone. "With Wolf 'The Dentist' Stanson as Oliver Purnell" The Card Chronicle DePaul Day story on Louisville's overtime win over the Blue Demons states in its headline that the Cards "breezed" to victory (of course). U of L fans on Facebook are confused. 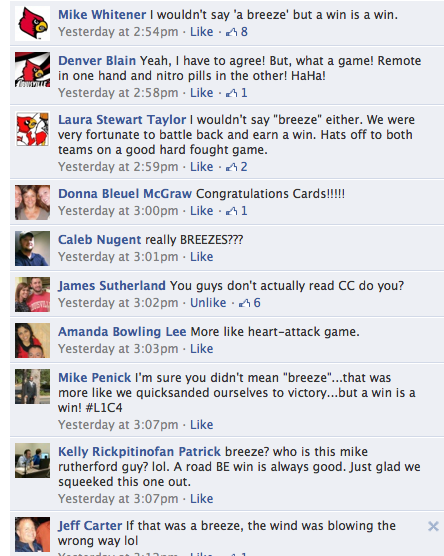 DePaul fans gearing up for DePaul Day II 2012 the way only DePaul fans can.

--Unfortunately, we have to. I look forward to being pissed after another blowout on Saturday.

--I actually had a buddy of mine(who is a die hard demon fan) text me this morning and say ''I almost look foward to driving to rosemont, dropping a 100 bucks on food,parking and beer and watching us get our ass kicked. Sad i know big guy''. Thats the mind set of some in are fan base right now. My god. I just want a winning program again. I can hardly watch other games because i find myself getting depressed. Large crowds, looking foward to march, etc etc. I dont know guys. Just keep the faith. As hard as it is sometimes.I hear ya, Bubba. I hear ya...

--I'm usually a glass half-full guy myself, but it's just been a really brutal stretch. If I had a feeling changes were on the horizon, I might step off the proverbial ledge, but I honestly don't see things changing very soon.

Don't get me wrong - I still love DePaul, but I think I may need to take a break from DePaul Hoops for a while.

--I hate March I cannot even fathom hearing about the tournry

--When my wife and I watch the tournament she always says "It's like these teams play a totally different sport from DePaul". Too true as there fundamentals, talent and effort are far superior.

And Rick Pitino appreciates it.

Chronicloids freak out during DePaul Day 2011, ushering in the first War on DePaul Day. Naturally, Louisville wins, and I express my disappointment in the deserters.

is this really happening now

im about to cry

Yeah, let's not do this anymore

DEPAUL DAY IS OVER. YOU WILL NEVER SEE ONE AGAIN

I don't ever want to hear about Depaul Day again.

We are so fucked I want to punch you in the face

"I am willing to donate to the charity that is working on the prevention of whatever the hell Dick Vitale has." - noobmaster

FOR GOD SAKES STOP THE BLEEDING This is a nightmare

Nothing here is fu--ed, dude

DePaul is a bunch of fu—ing amateurs.

thought was supposed to be an off day for us...this team playing like they in the top of the conf.

We cannot afford to lose this game.

we arent going to win this game

DePaul Day doesn't guarantee HOW we win, just that we win.

Mike you really should be more responsible with your game thread images. 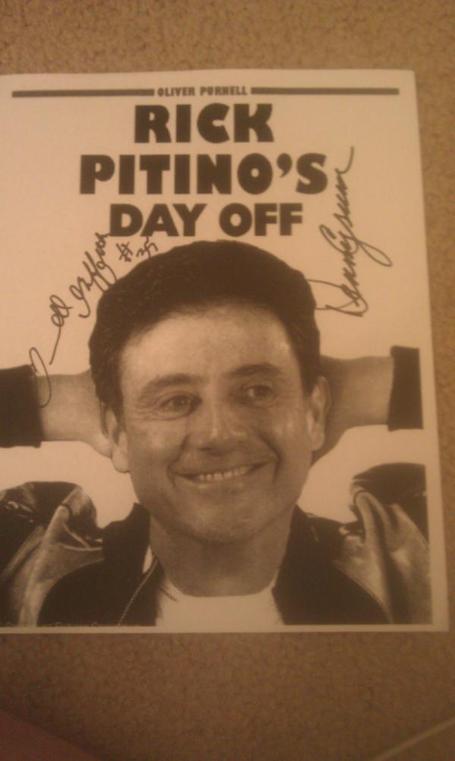 This was sort of DePaul Day's Polar Express moment: Even the non-believers and the doubters had no choice but to hop on board.

The miracle that saved DePaul Day.

In the immediate aftermath of Louisville's humiliating 90-59 loss to Providence last season, DePaul Day was hastily canceled. With the team 1-3 in the Big East and playing without leading scorer Kyle Kuric, a serious debate ensued over whether or not going forward with the holiday was the right choice.

Then, a miraculously glorious comments section proved beyond the shadow of a doubt that DePaul Day could not die.

Here's what started it all: 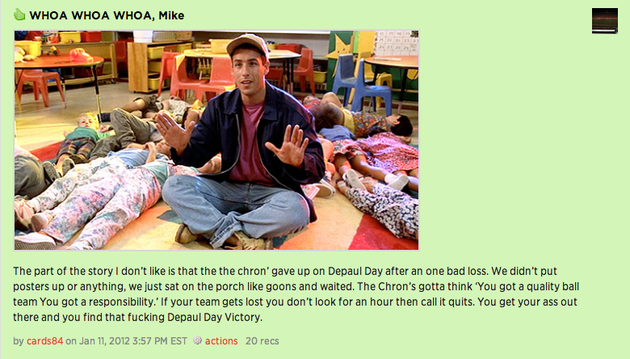 cards84 (whom I had the privilege of meeting in South Bend) is still the Summer Roberts of DePaul Day.