The Atlanta Tip-Off Club has announced its final 30 Candidates for the 2013 Naismith Men's College Player of the Year Award, and it's a list that includes Louisville's Russ Smith.

Here's a portion of this afternoon's release:

Indiana junior Victor Oladipo and sophomore Cody Zeller headline the list of top 30 candidates for the 2013 Naismith Men's College Player of the Year award presented by AT&T, the Atlanta Tipoff Club announced today. A win for one of the two Hoosiers, who have been highly ranked all season, would be the first in 20 years for Indiana, since Calbert Cheaney last took home the honor in 1993. Prior to Cheaney, Scott May won the award in 1976.

Kansas (Ben McLemore, Jeff Withey) and Duke (Seth Curry, Mason Plumlee) join Indiana with two candidates each on the top 30 list. Creighton Junior Doug McDermott, a 2012 Naismith Trophy finalist, is once again among the elite players in the race to be named the best player in men's college basketball.

Top 30 Candidates for 2013 Naismith Men's Player of the Year Award: 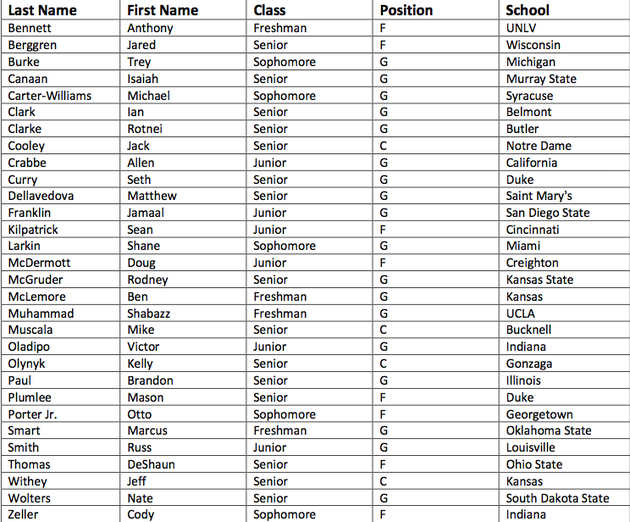 This would be a terrific achievement regardless of the extenuating circumstances, but Russ being where he was two years ago only makes it that much more impressive. Major congrats to him.