Harrison White and Sara Ames get the call on Valentine's Day, only because they're posing with my targeted valentine in the background. If you guys ever break up, I'm going to take it pretty personally.

I make fun of people in relationships for taking it over the top on social media and single people for bitching too much about it unnecessarily, but the truth is that I dig Valentine's Day. I've always dug Valentine's Day. Any chance I get to be overly affectionate without getting made fun of, I'm all about it.

I just want us all to be overly affectionate together.

Don't tell me I love too much. 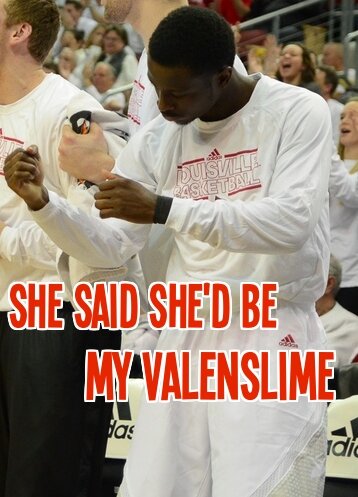 Also, solid execution here from both the U of L Facebook page and TmJoel1. 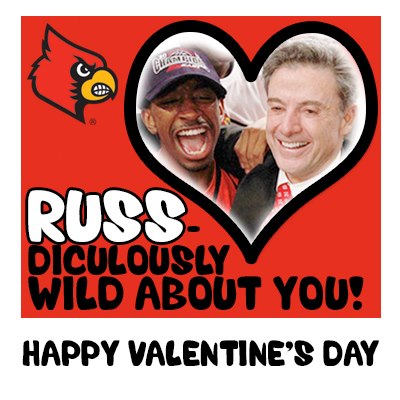 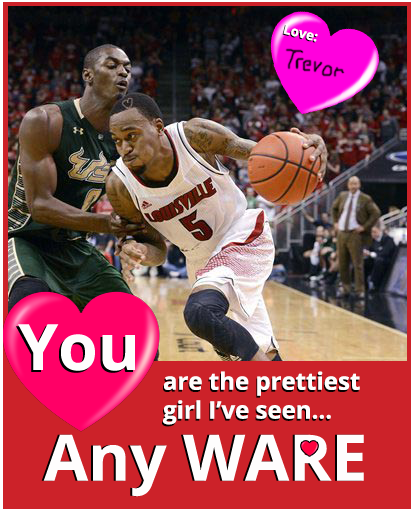 And then, of course, the valentine to end all valentines from Brandon Pry's senior day photo gallery. 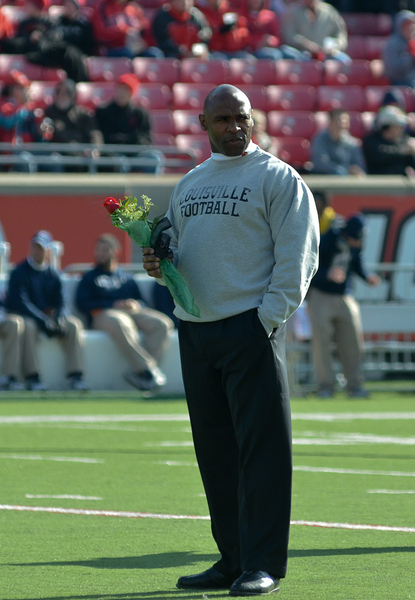 "Adam is our Boomer Whiting." said McDonnell. "The thing about Adam. There's two categories that make the offensive player special and I think we all understand the homerun. It's on TV every night, the homeruns are the highlights, because a guy can hit the ball and then jog around the bases. Nobody has to help him cross the plate. The guy who steals bases is as close to that as anybody else, because you don't have to sacrifice him to second or third - you don't have to try to move him over. However he gets on base, he can steal second or third, so now all you need is a ground ball or fly ball - you don't really need another hit - to score that run.

Engle, who clocked a 6.4 60-yard time during fall workouts, provides additional strength to a Louisville offense that is expected to among the nation‘s best in 2013.

"He becomes very valuable to your offense when he's able to do that," McDonnell continued. "He has great instincts, and like Boomer, he wants to run. If anything, I probably have to slow him down a little bit at times. I don't want to say he's the Russ Smith of our team, and we love Russ because he can score and we respect that because it's not easy. Adam is like that. He's just wanting to run, run, run, every time he gets on, so we need to be smart with him and make sure we utilize him in the best possible way."

Speaking of the team, PerfectGame.org predicts that the Cards will be hosting their own regional once the NCAA Tournament rolls around. U of L opens its season tomorrow night at 7:30 against Indiana down in Dunedin, Fla. The game is a part of the Big East/Big Ten Challenge.

Luke Winn's latest power rankings have the Cards all the way down at No. 16.

Louisville Cardinals (19-5)
Part three (or four, if you count the Duke blurb) in this Power Rankings' post-up discussion: It's well-known that Michigan doesn't feed the post; ditto Syracuse and Illinois. But it was surprising to find Louisville sitting at No. 10 on the list of major-conference (+ Mountain West) teams that have the lowest percentage of post possessions, according to Synergy. My guess is that the Cardinals' amount of transition offense, plus the frequency at which Gorgui Dieng passes out of the post, and the frequency at which Russ Smith shoots, all contribute to them appearing in this chart:

So Louisville fan "Ben E." decided to take in a Hornets game while he was down in New Orleans for the Sugar Bowl, and he wound up becoming a finalist in their "Best Dance Cam Performance of January" contest. You can vote for him here.

I love that his signature dance move is "Throwing L's."

Not a sentence I saw myself writing at 2 p.m. on a Thursday when I was 18.

This "You Can't Fight the Irish" song recorded by a pair of U of L fans back in 2007 seems appropriate(?) after last weekend.

The Louisville ice hockey team will be taking on arch-rival Kentucky this Saturday at 7 p.m. at Iceland. General admission is five bucks and beers are only $1 for U of L students.

Also, for the parents looking to get their kids into hockey, there will be a "Try Hockey for Free" program at Iceland beforehand at 3:45 for kids aged 4 to 9. All equipment is donated and no prior skating skills are required. As the name suggests, there is no cost.

I've spent the last 20 hours of my life addressing this email.

You're in for the February of your life, my man.

Jim Boeheim called Andy Katz an idiot to his face last night after Syracuse's loss to Connecticut.It was pretty funny.

I talked to Andy on the morning after last year's national title game, and while I don't have an opinion on his idiot status, my sources can confirm that he's not very nice to hotel valets. Write that down. Period. Take it to the bank. Done deal.

Norman over at Rumble in the Garden has a great preview of tonight's game, which he has labeled as the "Love Fest in the Bucket." He likes the Cards comfortably.

Prediction: Coming off a sloppy five-overtime game against Notre Dame, will the Cardinals come out flat, or will they realize they need to sharpen their skills? If it's the latter, expect protracted scoring droughts and a 75-59 win for the home Cardinals.

RITG also takes a look back at the recent history between the Cardinals and the Red Storm.

Ballard's Dontez Byrd has announced that he will join the U of L football team next fall as a preferred walk-on. The two-sport (basketball) standout had several offers from FCS schools. Byrd played defensive back, wide receiver and returned kicks during his time as a Bruin.

Can't even get out of the damn bed before getting swagger jacked these days. 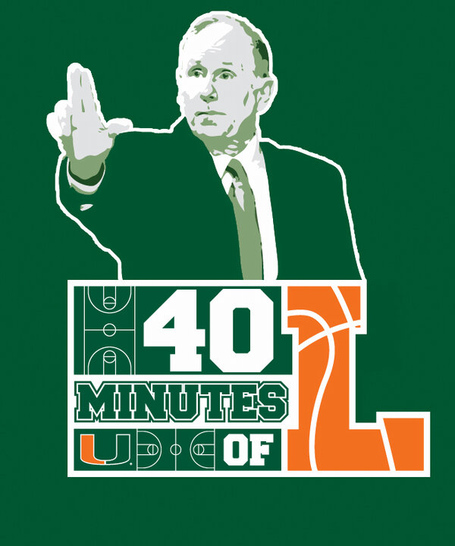 I mean, I get it, we're awesome and you're still bitter about '06, but it was you who agreed to play here and it was you who chose to stomp on the bird. Congrats on your current run in the ACC. We'll see you in a couple years.

Full admission: I was thinking about potential Cards-themed love songs this morning and "I Want it Fat Wayne" has been stuck in my head ever since. In my head, it's a fast food chain doing the singing.

Now I can see that we're falling apart, from the way that it used to be (Yeahhh)
No matter the distance, I want you to know, that deep down inside of meee

Sometimes I get bored with college basketball and I need a distraction. Inevitably it goes too far. Moderation has always been an issue.

This picture is crazy deep. 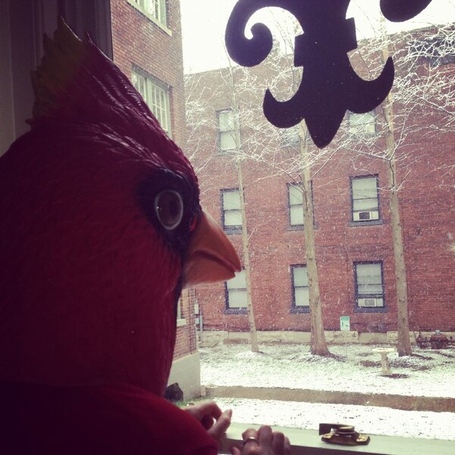 I'd like to see an actual poet (are there actual poets anymore?) churn out 12-16 lines on this bad boy. I can pay you in dried out pens that I keep forgetting to clean out of my desk.

As Eric Crawford pointed out on Twitter, Siva has shot zero free-throws at all in six of Louisville's last nine games, and just nine total over that span. In Big East play, he's averaging just 1.6 free-throw attempts per game. A point guard has got to get to the stripe more frequently, especially when he's the best free-throw shooter on the team.

If you're reading this, Light Slime, I was the guy who shouted "Logan" at you during the Notre Dame warm-ups. Your fist pump made my otherwise nightmarish trip worth it. Keep doing what you do.

Adam Lefkoe has updated his original Sugar Bowl video to make the quality better...or something, whatever, like you need an excuse to watch it again.

Louisville's basketball recruiting class of 2013 has jumped two spots from No. 9 to No. 7 in ESPN's latest rankings.

Your AP preview of tonight's game.

Athletic director Tom Jurich spent big to keep this duo together when Strong was a hot commodity for Tennessee during the offseason. It's easy to see why: Louisville is on a short list of programs capable of reaching a Final Four and a BCS game in the same year. Pitino has led the Cardinals to at 25 wins and an Elite Eight or better in three of the last five seasons. Meanwhile, Strong is just getting started with the football program. He's recruited a young team that will be a Big East favorite in 2013 and potentially a contender in the ACC when the Cards join the league in 2014.

It's easy to forget how good we have it. Love you guys.