Not sure we could own you more, North Dakota.

We care so much about Louisville basketball that a lot of times we say things that are over the top or that we don't mean. It's important to remember that there isn't one kid on this team who makes a mistake because he's trying to.

A solid reminder of that is the message Russ Smith posted on Instagram following Saturday night's loss.

When times get tough, them same people that used to love you scatter. When you perform well, them same people want to be there and celebrate with you. I have alot to learn about the game. Easy for people to sit back and criticize but this is the world we live in. Gotta take the good with the bad n right now it is really BAD. Ima jus #KeepPositive n do better the next game. Sorry I cuddnt get the job done #cardnation, I was really stupid tonight

It's never anyone's intention to play poorly. Let's try and keep some perspective. 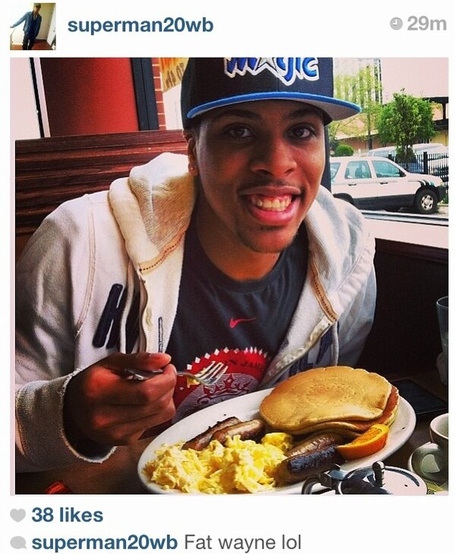 If you live in the city of Louisville and you were hoping to eat out tonight, I'm afraid you might be shit out of luck. Wayne appears to have already made his rounds.

Louisville's RPI dropped two spots from No. 7 to No. 9 following Saturday's loss.

The Cards stay put at No. 8 in ESPN's latest way too early college football top 25 rankings for the 2014 season...yes, they've already had multiple sets of early rankings for a season that doesn't start for another seven months.

8. Louisville Cardinals
Previous rank: 8
The Cardinals' move to the ACC in 2014 can't get here soon enough. After finishing 11-2 and upsetting Florida 33-23 in the Allstate Sugar Bowl, Louisville really didn't seem to seize its momentum. The Cardinals' class was ranked No. 43 in the country, and wide receiver James Quick of Louisville was the only signee ranked in the ESPN 150. But it's not like the Cardinals needed a lot of immediate help. Louisville will bring back seven starters on offense, including quarterback Teddy Bridgewater, who threw for 3,718 yards with 27 touchdowns and 8 interceptions in 2012. The offensive line will need some work in the spring after losing center Mario Benavides (a Rimington Trophy finalist) and left tackle Alex Kupper. Coach Charlie Strong also welcomes back 10 starters from a rapidly improving defense. If Louisville can dominate the Big East in its final season in the league, it figures to be a major player in the BCS title race in 2013.

Louisville Magazine's Best of Louisville voting has opened up, and I'd really like to see Gorgui Dieng take home the award for Best Fish Sandwich. Don't ask me why, just make it happen. Also don't be afraid to vote Russ Smith Best Chef.

The biggest thing on the Internet right now (besides porn...porn is No. 1 for the 9,000th straight week) is the "Harlem Shake." I'd take a paragraph or two to try and explain it, but it's one of those things that's better learned through experience. Plus, it's really not that hard to figure out.

It's also worth noting (is it?) that another U of L Harlem Shake video currently tops a set of rankings done by ACC Sports Journal.

The injury bug has followed Jared Swopshire to Northwestern and now hit the man himself. The school has announced that Swop will miss the rest of the season after having arthroscopic knee surgery on Tuesday. He was averaging just under 10.0 ppg and leading the team in rebounding at 6.7 rpg.

I'm not sure a better person has played at U of L than Jared Swopshire, and it's awful to hear that his college career is ending this way. Best of luck to Swop in whatever he chooses to do going forward.

This is a post about the Celtics' use of the pick-and-roll, but it could just as easily apply to U of L.

Before Rondo was injured, pick-and-roll possessions used by the ball handler made up 11.0 percent of the Celtics' offense and they averaged 0.80 points per possession in those situations.

With Rondo out that percentage has jumped to 14.5 percent and the Celtics are averaging 0.86 points per possession.

Those sound like small differences, but they have huge import for the Celtics' offense. When Rondo ran the pick-and-roll his first, second and third priorities were to find an open shooter. This single-minded focus made the job of a defense much more simple. The fact that the Celtics were still able to succeed to any degree with such a reluctant scorer handling the ball is a testament to his prowess at moving the defense and creating space.

Now with players like Pierce, Terry, Barbosa and Bradley running more pick-and-rolls the defense is presented with several more dimensions to account for. The efficiency of possessions used by pick-and-roll screeners for Boston has declined slightly without Rondo at the helm, but the threat of a scoring focused ball handler has more than offset that. In the end, although the Celtics have no one who even approaches Rondo's ability to create shots for others in the pick-and-roll, using players who are better at creating shots for themselves may be making the Celtics more difficult to defend.

The thing is, even if this would work for the Cards, who do they turn to? Wayne and Kevin aren't good enough ballhandlers, Luke isn't athletic enough, Russ is just as small as Peyton...it just doesn't seem like there's a viable option if we're going to stick with this constant high pick-and-roll in the halfcourt.

Expect to see this shirt available from Retro College Cuts in the near future. 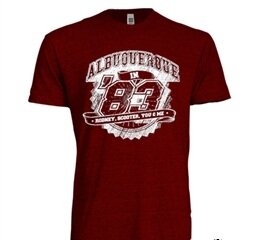 Peyton Siva is a finalist for both the Bob Cousy Award and the Senior Class Award. You can help him win both by voting.

The 18th-ranked Louisville softball team opened its 2013 campaign by scoring four victories in five games in the Sportco Kick-Off Classic out in Las Vegas. Among those four wins was an 8-2 thrashing of DePaul because of course it was.

South Bend also hit the women's basketball team pretty hard on Monday night, as the Cards were destroyed by the second-ranked Fighting Irish, 93-64. The loss snapped a six-game U of L win streak.

The movement grows stronger every day. 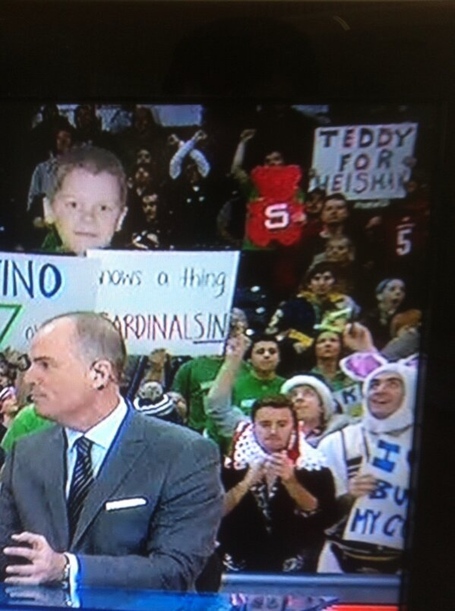 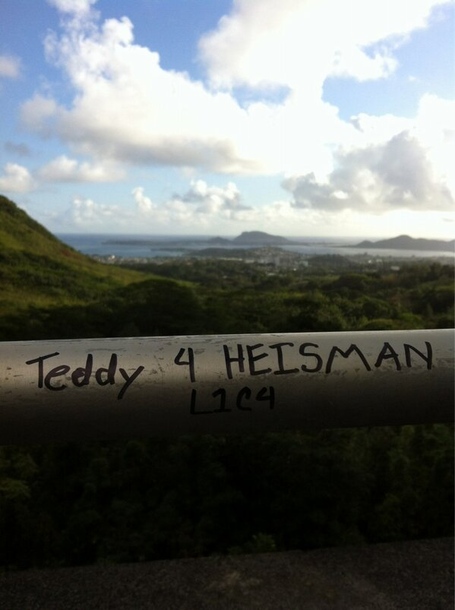 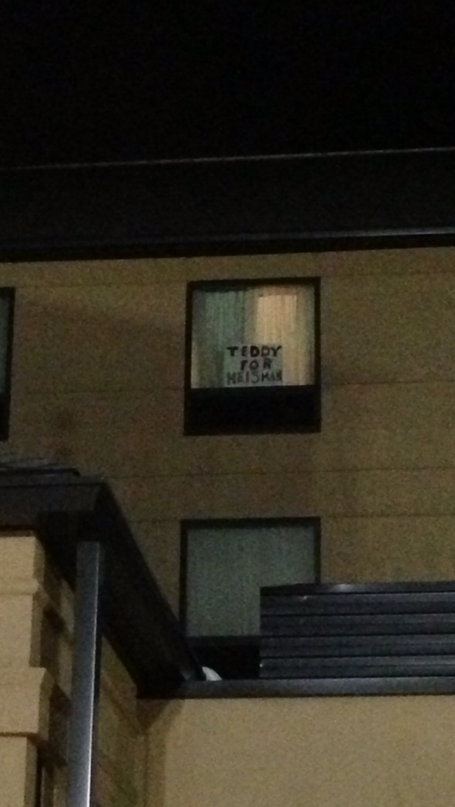 The always entertaining (or horribly, horribly depressing in this instance) Twitter recap from Louisville's loss to Notre Dame.

The worst BCS arena in all of college basketball? Shouldn't even have to say it.

This would be so much cooler to look at if one of our guys had done it. 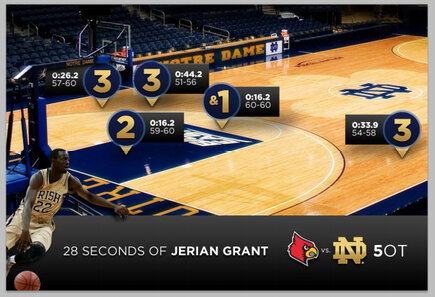 Congrats to Adrian Bushell, who in the span of just a couple of days has both been invited to the NFL Combine and earned an Academic Momentum Award.

Rivals names U of L assistant Ron Dugans one of the top recruiters in the Big East.

Ron Dugans, Louisville
Buzz: Going into this cycle, the Cardinals knew they weren't going to take a huge number of players in this year's class, so they had to make the scholarships count. One of the biggest targets from Day 1 was four-star wide receiver James Quick, and Dugans helped lead the change to land the talented in-state prospect, holding off a late push from notorious closer Urban Meyer. Dugans was instrumental in the recruitment of Florida signees Donel Elam and De'Asian Richardson. Dugans farmed his Sunshine State roots to pull in Elam and Richardson, who will add immediate depth to the defense.

Quentin Snider is still a five-star prospect ranked No. 24 in the latest Scout 100 for the class of 2014.

Here's a pretty cool tool from CBS that will let you know each night which teams you should root for in order for Louisville's RPI to receive a boost.

Same goes for you, Montana. 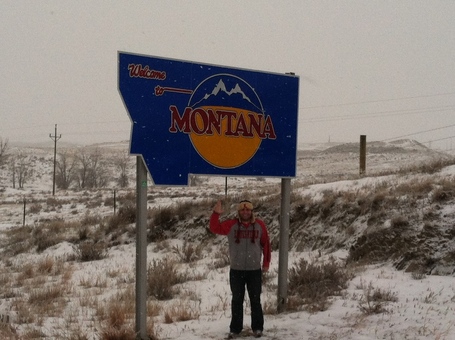 The last potential member of Louisville's 2013 football class, four-star linebacker Stacy Thomas from Miami, will reportedly visit U of L this weekend. Thomas is choosing between the Cardinals and Indiana.

CBS puts Louisville at No. 7 in its way too early rankings for next football season.

7. Louisville: The Cards have a bunch of momentum coming off their big win over Florida in the Sugar Bowl as well as for retaining Charlie Strong. QB Teddy Bridgewater is a legit Heisman contender although his O-line needs some rebuilding. The defense returns almost entirely from 2012 when the Cards ranked No. 23 in scoring D. The Big East path is hardly daunting. U of L ended up with a road trip to Temple in place of a road trip to Boise when the latest conference drama unfolded. Beyond that, the Cards have trips to Cincinnati, UCONN and USF plus a visit to Lexington. It's very possible this group could run the table in the regular season and still be behind a bunch of one-loss teams in December.

As much as I love seeing these rankings, it's absolutely crazy how much one win means to an offseason. Even if Louisville had outplayed Florida and lost, the Cards would probably be no less than seven or eight spots lower in each one of these exercises.

A threat to our cars, to our noses, to our intellectual development? Yes. To our football program? Not so much.

And finally, a nice read on Gorgui Dieng's development from fiba.