Is Louisville Getting New Uniforms For The Postseason?

Share All sharing options for: Is Louisville Getting New Uniforms For The Postseason?

Adidas has announced that several of its college teams, including Louisville, will be wearing their new short-sleeve compression jerseys this season. Kansas, Indiana, Baylor and UCLA are also likely to sport the look.

Although no official image has been released, the uniforms are likely to look like the ones created for the Golden State Warriors. 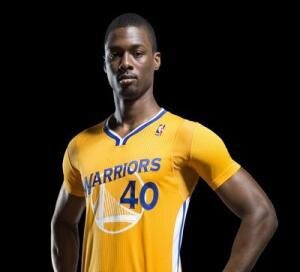 While it hasn't been explicitly stated, the assumption is that these new uniforms will be worn during the postseason. Adidas had a similar deal last season when they provided Louisville, Baylor and Cincinnati with the now infamous "intra" uniforms for the conference and NCAA tournaments.

They're going to be criticized by us, rival fans and the sports world as a whole, but if they have the same effect as last year's specialty uniforms then I've got no reservations.